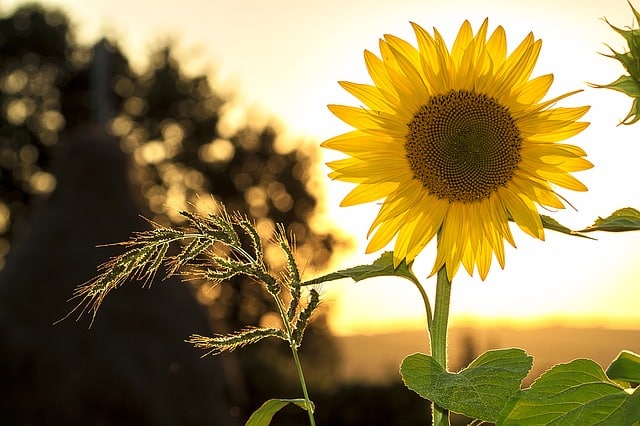 Recycling of human waste, which refers to feces and urine, has many benefits. According to research, on a yearly basis, a human produces fifty liters of feces and five hundred liters of urine. Instead of disposing this in the landfills or treating it and releasing it in the environment, human waste can be exploited in several ways.

And as much as dealing with human waste may expose one to diseases and unpleasant smell, efforts can be made to ensure the process is human-friendly. Besides, it cannot be as bad as some of the harmful chemical products produced by leading chemical producing companies.

In other words, the process of handling human waste can be made human-friendly and used for the betterment of the environment as outlined in this article. Let’s go deeper into this.

Methane gas which is produced by human waste can be tapped and used to produce biogas. Biogas could be used to generate electricity, cook food, and heat water for domestic or industrial use.

This is through a process that involves the collection of methane in an enclosed container free from oxygen. High temperatures are favorable in the decomposition of organic matter. Biogas, when burnt in the presence of oxygen, it reacts to produce energy.

The use of biogas as a renewable source is of great advantage in numerous ways as it does not pollute the environment and reduces deforestation aimed at producing energy. Biogas contributes to environmental protection by capturing methane that would have been released into the air. If methane would be released into the atmosphere, it would lead to damage if the ozone layer.

Human waste can be utilized as a fertilizer to increase the production of food. The waste is however recommended to be treated at least once before its application on the farm. Treatment is applied to the collection of feces, urine, and water from households that is digested by bacteria to reduce the number of pathogens and make the sludge less biologically active hence stinks less.

The use of sludge in agriculture threatens residents around the farm with odor and might pose health problems for those working on the farm. Urine can irrigate fields in the case where water is scarce.

Where urine is involved in irrigation, there has to be keen consideration of hygiene. Even though urine poses a danger to human health, it contains nitrogen, potassium, and phosphorus that are essential minerals to plants. Access to urine for irrigation is cheap bearing in mind its usefulness.

Clostridium difficile is an infection of the gut characterized by inflammation, abdominal pain, and diarrhea. The overabundance of bad bacteria in the gastrointestinal tract is the cause of this infection.

A remedy to these bacteria is the use of feces from a healthy person and delivering it to the gut of the patient. Delivery of feces can be done in several ways such as using a tube through the patient’s anus and rectum or shooting of frozen fecal matter through one’s nose.

Fecal transplant is preferred because invasive surgery involves chopping, removing, or diverting of organs to get rid of bad bacteria. Moreover, fecal transplant is quick, inexpensive, and more effective than antibiotic administration.

Of importance is that through this procedure there is reduced antibiotic resistance which is the ability of microbes to resist medication that previously treated them. However useful the procedure is, careful selection of the donor is important to avoid the passing of bacterial and parasitic infections.

Hydrogen fuel can be deduced from human waste through the same process as one of passing a current through water. It proves to be more efficient with less energy required in the process. Water is distilled from human waste solids then the waste is left in air-sealed tanks for microbial action to take place. This results in the formation of methane and carbon dioxide.

Methane formed in this process is cheaper as compared to relying on natural gas. Methane and carbon go through a tri-generation process that produces hydrogen fuel, heat, and electricity. With the abundance of human waste, a consistent supply of hydrogen fuel can be achieved. Hydrogen fuel can be utilized in the running of rockets and the production of electricity by combining hydrogen and oxygen atoms.

Also, in the utilization of such bricks in construction, one protects the environment considering that traditional bricks are made using processes that emit carbon dioxide. Human waste that traditionally would be sent to a landfill is utilized to build structures of many kinds without a scent and it is pocket-friendly.

The bricks are lighter and stronger which means wide usage of such bricks would revolutionize the construction industry not mentioning improvements could be made to them to make them better over time. Making these bricks could serve as a source of revenue for many.

In developing countries, the majority of households cook using biomass. Charcoal being the major source of energy leads to the degradation of forests. A great solution is the use of human poop heated in the sun as fuel. This alternative fuel burns for two times longer compared to charcoal and releases lesser carbon monoxide.

Packaged as briquettes, one ton of these briquettes saves around 88 trees and proves to be a cheaper source of energy.

The process of making this fuel begins with the treatment of fecal waste by heating it in a waiting container so as to remove any harmful pathogens. The waste is heated by the sun to temperatures of around 60o C for three hours.

Further improvements in technology would help mean that the lowest possible temperature and time can be used to sanitize waste. Upon cooling, hard and solid briquettes are formed as a result of the high fiber content present in feces.

Human feces can be a good source of gold, vanadium, silver, and copper which carry numerous advantages. Gold present in human waste is significant to the extent if it was found in rock during exploration, it could be worth mining. It is currently estimated that 13 million dollars worth of metals can be extracted from the poop of one million Americans.

To recover the metals from human waste, leachates could be used. Leachates are however responsible for damaging ecosystems when they leak into the environment. Careful use of leachates in a controlled setting, therefore, proves vital. In our bodies, the metals play an important role in maintaining our joints and transmitting electrical signals.

The extraction of metals from fecal waste prevents the release of toxic substances therefore, protecting the environment. As an example, Japan has recorded a higher gold yield compared to Hishikari gold mine through sewage mining carried out in a sewage treatment facility.

The Janicki Omni Processor combines solid fuel combustion, steam power generation, and water treatment in the recycling of human waste to produce energy and clean drinking water. Therefore, the process can be used to sustain millions in the world who lack access to clean water. The process begins with human waste being fed into a dryer to remove moisture thereby reducing it to dry fly ash.

The heat generated in this process is used to heat water in boiler pipes to form steam, which runs a generator to produce electricity. This electricity is enough to power the whole processor and surplus can be sold.

The steam that leaves the dryer goes through a series of filters before condensation and distillation to produce clean water. The Omni Processor doesn’t let out the foul smell and meets current emission standards.

Life in mars is expected to pose a great risk to the health of those who will visit it since there is exposure to radiation from cosmic rays. The extent of the effects posed to human beings on exposure to galactic cosmic rays is not clearly known but it is known to increase the risk of cancer.

To protect humans, human waste together with water and food can be put in bags and used as a shield against radiation. This will be lined on the space shuttle used in interplanetary travels. From the earth the bags will initially be filled with drinking water then on reaching Mars, upon depletion of the water, they will be replaced by bags with human waste.

Due to the potential of producing water that is not potable from human waste, electrolysis of this water can be used to produce oxygen and hydrogen. This method of producing oxygen is used as a backup oxygen system for astronauts on long missions. Arguably, this method of extracting non-drinkable water can be utilized further to come up with water that is safe to drink by treating it.

Human waste in the production of renewable energy is a milestone. Moreover, it serves as a major contribution to the environment. Through recycling of poop that would have ended up in a landfill and polluted the environment, benefits such as biogas, fertilizer, fecal transplant, hydrogen fuel, building bricks, metals, and drinking water can be obtained.

Therefore, human waste proves to be cheap and an environmentally-friendly alternative. No matter how unpleasant human waste is thought to be, it has great potential in changing the world.