Because seventy percent of the world’s surface is covered in water, humans have realized its importance as a resource. For this reason, one of the areas heavily exploited regarding the use of water as a resource is aquaculture, especially in the production of food as opposed to using the terrestrial land.

Aquaculture is the process of rearing, breading and harvesting of aquatic species, both animals and plants, in controlled aquatic environments like the oceans, lakes, rivers, ponds and streams. It serves different purposes including; food production, restoration of threatened and endangered species populations, wild stock population enhancement, building of aquariums, and fish cultures and habitat restoration. Here are the various types of aquaculture as well as their importance. 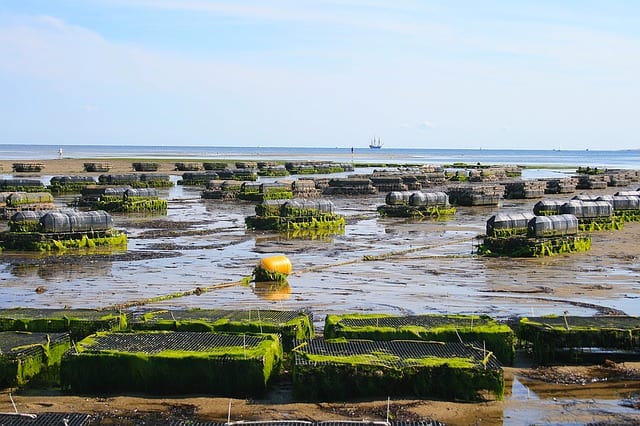 Mariculture is aquaculture that involves the use of sea water. It can either be done next to an ocean, with a sectioned off part of the ocean or in ponds separate from the ocean, but containing sea water all the same. The organisms bred here range from molluscs to sea food options like prawn and other shellfish, and even seaweed.

Growing plants like seaweed are also part of mariculture. These sea plant and animal species find many uses in manufacturing industries such as in cosmetic and jewellery where collagen from seaweed is used to make facial creams. Pearls are picked from mollusc and made into fashion items.

Fish farming is the most common type of aquaculture. It involves the selective breeding of fish, either in fresh water or sea water, with the purpose of producing a food source for consumption. Fish farming is highly exploited as it allows for the production of cheap source of protein.

Furthermore, fish farming is easier to do than other kinds of farming as fish are not care intensive, only requiring food and proper water conditions as well temperatures. The process is also less land intensive as the size of ponds required to grow some fish species such as tilapia is much smaller than the space required to grow the same amount of protein from beef cattle.

Algaculture is a type of aquaculture involving the cultivation of algae. Algae are microbial organisms that share animal and plant characteristics in that they are motile sometimes like other microbes but they also contain chloroplasts that make them green and allow them to photosynthesise just like green plants. However, for economic feasiblity, they have to be grown and harvested in large numbers. Algae are finding many applications in today’s markets. Exxon mobile has been making strides in developing them as a new source of energy.

IMTA is an advanced system of aquaculture where different trophic levels are mixed into the system to provide different nutritional needs for each other. Notably, it is an efficient system because it tries to emulate the ecological system that exists in the natural habitat.

The IMTA makes use of these intertrophic transfer of resources to ensure maximum resource utilization by using the waste of larger organisms as food sources for the smaller ones. The practice ensures the nutrients are recycled, meaning the process is less wasteful and produces more products.

Fish and other seafood are good sources of protein. They also have more nutritional value like the addition of natural oils into the diet such as omega 3 fatty acids. Also since it offers white meat, it is better for the blood in reducing cholesterol levels as opposed to beef’s red meat. Fish is also easier to keep compared to other meat producing animals as they are able to convert more feed into protein. Therefore, its overall conversion of pound of food to pound of protein makes it cheaper to rear fish as they use the food more efficiently.

Such a breakthrough could ease the dependency of the world on drilled fossil fuels as well as reduce the price of energy by having it grown instead of drilling petroleum. Moreover, algae fuel is cleaner and farmable source of energy, which means it can revolutionize the energy sector and create a more stable economy that avoids the boom-bust nature of oil and replaces it with a more abundant fuel source.

3. Increase Jobs in the market

Aquaculture increases the number of possible jobs in the market as it provides both new products for a market and create job opportunities because of the labor required to maintain the pools and harvest the organisms grown. The increase in jobs is mostly realized in third world countries as aquaculture provides both a food source and an extra source of income to supplement those who live in these regions.

Aquaculture also saves fishermen time as they do not have to spend their days at sea fishing. It allows them free time to pursue other economic activities like engaging in alternative businesses. This increase in entrepreneurship provides more hiring possibilities and more jobs.

The sea food trade in America is mainly based on trade from Asia and Europe, with most of it being imported. The resultant balance places a trade deficit on the nation. Aquaculture would provide a means for the reduction of this deficit at a lower opportunity cost as local production would mean that the sea food would be fresher. It would also be cheaper due to reduce transport costs.

1. Creates Barrier against pollution with mollusc and sea weed

Molluscs are filter feeders while seaweed acts a lot like the grass of the sea. Both these organisms sift the water that flows through them as brought in by the current and clean the water. This provides a buffer region that protects the rest of the sea from pollution from the land, specifically from activities that disturb the sea bed and raise dust.

Also, the economic benefits of molluscs and sea weed can create more pressure from governments to protect their habitats as they serve an economic importance. The financial benefits realised provides incentive for the government to protect the seas in order to protect sea food revenue.

The practice of aquaculture allow for alternative sources of food instead of fishing the same species in their natural habitats. Population numbers of some wild stocks of some species are in danger of being depleted due to overfishing.

Aquaculture provides an alternative by allowing farmers to breed those same species in captivity and allow the wild populations to revitalize. The incentive of less labor for more gains pushes fishers to convert to fish farmers and make even more profit that before. It also allows them control of the supply of the fish in the market giving them the ability to create surplus stock or reduce their production to reap the best profits available.

1. Sustainable use of sea resources

Aquaculture provides alternatives for fishing from the sea. Increase in demand for food sources and increase in globalization has led to increase in fishing. Yet, this has led fishermen to become selfish and overfish the desired or high-demand species. Through aquaculture, it provides both an alternative and opportunity for wild stocks to replenish overtime.

Aquacultures also protect biodiversity by reducing the fishing activities on wild stock in their ecosystems. By providing alternatives to fishing, there is reduced attack on the wild populations of the various species in the sea. Reduced action of fishing saves the diversity of the aquatic ecosystem from extinction due to overfishing.

Fish convert feed into body protein more efficiently than cattle or chicken production. It is much more efficient meaning that the fish companies make more food for less feed. Such an efficiency means that less food and energy is used to produce food, meaning that the production process is cheaper as well. It saves resources and even allows for more food to be produced leading to secure reserves and less stress on the environment.

By increasing aquaculture, fish farming in specific, there is a reduced need for the fishing of the wild stock. As an outcome, it puts less stress on the ecosystem and equally reduces human interference. Actions of motor boats and other human influences such as the removal of viable breeding adult fish are all stresses put on the aquatic ecosystems and their discontinuation allows the ecosystem to flourish and find their natural balance.

Conserve Energy Future is a participant in the Amazon Services LLC Associates Program, an affiliate advertising program designed to provide a means for sites to earn advertising fees by advertising and linking to Amazon.com. Amazon and the Amazon logo or trademarks of Amazon.com, Inc. or its affiliates.
30 Shares
Copy link
CopyCopied