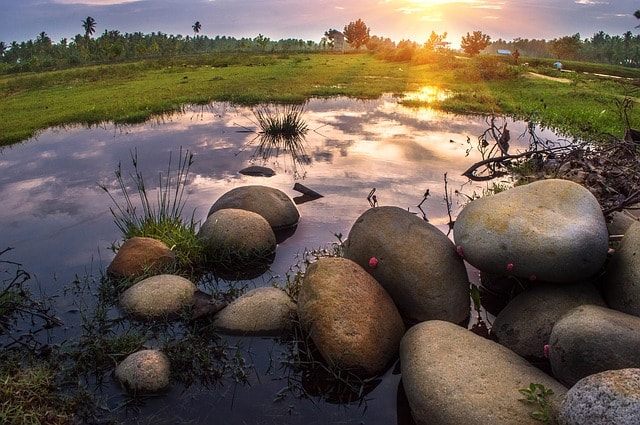 Imagine waking up one day, only to discover that everything you’ve always known has instantly changed. The home you’ve lived in for your entire life is gone. The roads are much different, making navigation far more complicated, and you find yourself in areas that are unfamiliar to you. All around you are elements that could easily cause you harm and there is no escaping. This scenario would be sad, extremely overwhelming, and many people would not survive. Yet, this is what happens every day to wildlife and underwater species as their habitats are destroyed.

As we exhaust natural resources, the homes of many animals are lost in the process. By definition, habitat loss is also known as habitat destruction, and it occurs when we destroy the natural shelters that are home to wildlife.

Habitat loss can usually be placed in three categories. There is habitat destruction which is done by completely removing trees and plants and instantly changing the landscape. Mass deforestation by cutting down trees is a prime example of this.

Another type of habitat loss takes place by altering the land in a way that confuses the animals and disrupts their natural way of living. This is called habitat fragmentation and it occurs when we create roads and place attractions in the midst of woodlands and other natural areas.

“A habitat is an ecological or environmental area that is inhabited by a particular species of animal, plant, or other type of organism. The term typically refers to the zone in which the organism lives and where it can find food, shelter, protection and mates for reproduction. It is the natural environment in which an organism lives, or the physical environment that surrounds a species population.“

By fragmenting habitats, areas may not be completely destroyed but it still causes environmental chaos.  Fragmentation can separate animals from one another and from their food sources. This happens both in water and on land. Beneath the water, structures such as dams tend to isolate species from one another, making it more difficult for them to mate and find food. For the many animals that depend on migration to preserve their species, fragmenting habitats takes away this advantage.

Finally, there is habitat degradation. This form of destruction occurs by pollution that causes habitats to be destroyed because it changes the quality of air, water, and land while becoming a breeding ground for toxins. Degradation of the environment allows species that are not part of an ecosystem to invade the area. Known as invasive species, they naturally contribute to the downfall of other animals and plants. As this happens, species that were once native to a region begin to die from these negative environmental changes.

Knowing that the death of wildlife and negative environmental impact are the results of habitat loss, it’s reasonable to question why we continue to carry on habits that destroy biodiversity.

1. One of the main reasons is the agricultural industry. Unlike in the past, when small areas of land were used to grow crops for families and local communities, farming is now a big business that can be run by large corporations and it requires the mass production of foods that are able to quickly be sold for profit. Extra land is needed to grow more edible goods and more land has to be cleared to meet these needs.

2. A vast majority of natural habitats are destroyed for human homes as well. We decide to clear out land for large buildings and to make room for attractions that are profitable. Habitats are not always destroyed to use the land for humans to live. They are also destroyed so that their materials can be used to keep us comfortable. For example, the trees are used to create various paper products, and wood is also used for the production of furniture and miscellaneous items.

3. Habitats are also lost to make room for more businesses and to meet the demand of large corporations. If you think about how many stores, homes, and various places of business are in existence, then you know that these places cover a massive amount of land.  Many of them now stand where there was once only wildlife and natural habitats.

4. Swamps and marshes are examples of areas known as wetlands. Wetlands are land areas of soil that are covered with water. Some wetlands form based on the season while others are permanent fixtures in a given area. Wetlands have their own ecosystem that is unique and extremely diverse. Unlike the forests where we cut down trees and make the land more compact from above, we fill wetlands to cover them up so that we can build things on top of them.

Effects of Habitat Loss and Destruction

As we make more room for people, we often overlook the homes that are being destroyed in the process.

1. Habitat destruction is the leading cause of extinction for various species and is the reason that many animals are endangered. Animals are very intelligent beings, but without their natural homes, they are unable to protect themselves and care for their young.

2. When we make way for homes and buildings, the land has to be level in order for the building to be stable and for the construction process to begin. When bulldozers go through woodlands to clear trees and flatten the ground, this is usually why. For animals, this process happens so suddenly that there is no time to adapt to such drastic changes.

3. Animals store food and water for times of inclement weather or when their food source is no longer in season. During bad weather, natural shelters are very similar to human homes, serving as protection from storms, heavy rain, or extreme temperatures. As wildlife is displaced, it changes their entire way of living. Many species use their homes as a place to find solace from predators. Also, young animals need to be cared for in various ways in the wild. They have to be protected from predators that can attack them while they are defenseless, and they must learn to hunt and gather their own food.

4. Ecosystems are nature’s way of creating a balance between different species and the environment. Life in the wild is instinctual with everything being interconnected. Everything from blades of grass to the tallest trees serves a purpose. Animals thrive off of the land and also from one another. When we disturb this balance, they are often left confused and lost, finding themselves in harm’s way. The ultimate result of this is death and the inability to reproduce offspring that carry on the species.

5. We must also consider what happens to the ground. Many plants can no longer grow because the composition and soil quality is instantly changed, taking away the nutrients and the space that plants need to grow. The land itself is also packed down so tightly from human equipment that many plants cannot force themselves to grow and if the seeds are not sown elsewhere, the plant type could be completely lost within the region.

6. With large amounts of land used for industrial farming, runoff is another issue that contributes to the pollution that leads to habitat degradation. Farming often requires large amounts of fertilizers, pesticides, and other materials that are full of chemicals and harmful ingredients. These substances used to protect crops and promote their growth. Ultimately, the toxic ingredients absorb into the ground and flow into lakes, rivers, and oceans, poisoning the water and animals.

See also  Is Olive Oil Biodegradable? (And Ways to Dispose of)

7. Additionally, underwater systems are disrupted because we are siphoning water and changing the way it flows in order to meet the human needs for drinking water and irrigation for crops. The imbalance this creates leaves some areas especially dry, which is damaging to the underwater habitats and species.

8. As humans destroy natural habitats, we are hurting ourselves because it is contributing to global warming and climate change. The more trees that are cut down, the more carbon dioxide that goes into the air and causes the Earth to heat up more quickly. This change in temperature is killing various species, especially in regions where the changes are extreme. Consequently, temperatures are becoming more unpleasant for us as time goes on and additional greenhouse gases fill the air.

Solutions For Habitat Loss and Destruction

1. We can combat habitat loss by preserving natural resources and learning how to use them in a way that does not require such frequent destruction of habitats. Regulation is equally important. Plans and rules should be set forth to legalize how much of a given area can be altered for the benefits of humans. By practicing more restraint, we allow wildlife time to adapt and leave more areas undisturbed for the sake of biodiversity.

2. We should also teach others the importance of biodiversity. Comprehensive education regarding the environment helps people to understand how necessary biodiversity is and teaches ways in which everyone can contribute to causes that aid in keeping many different species alive.

3. Along with education, awareness should also be raised. Observers should make it a point to assist reporting professionals by safely documenting the process of habitat destruction whenever the opportunity arises. Videos and photos help to visually present the unfortunate circumstances that environmental destruction can create, evoking emotional responses that will inspire others to take action to protect natural habitats.

4. As quickly as humans can destroy natural habitats, we should be just as willing to put forth the effort to rebuild and attempt to replace what is lost. For areas that cannot be saved, we can assist in funding the creation of areas that will serve as a refuge for displaced wildlife instead. These safe havens mimic the natural habitats that allow plants to grow and animals to live healthily without the threat of devastation. Efforts have been put in place to create these sanctuaries by environmentalists all over the world to protect species from extinction.