What is Algal Bloom?

An algal bloom is the rapid increase of the algae population in aquatic ecosystems, both in fresh and marine waters where it is known as either water bloom or marine bloom respectively. They thrive where there is an abundance of two nutrients; phosphorus and nitrogen usually caused by runoff of nutrients (animal waste, fertilizers, sewage) from the land. Algal blooms are known to be mainly composed of bio-toxins and are characterized by a distinct discoloration of water due to a large number of pigmented algae cells.

The colors range from green, red, brown, and yellow. The major types of algal blooms are cyanobacteria (blue-green algae) and red tides (red algal blooms). Algal bloom and water hyacinth are some of the most common forms of eutrophication which depletes the supply of oxygen, leading to the death of animal life. This article seeks to provide a better understanding of the causes, effects, and possible solutions for an algal bloom. 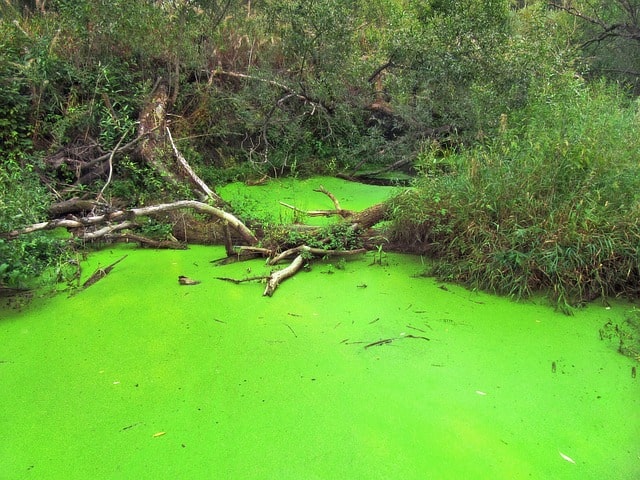 An algal bloom is mostly caused by the presence of large amounts of nitrogen and phosphorus present in water. These nutrients are washed away from lands and farms that are heavily riddled with nitrogenous and phosphatic fertilizers.

Rain acts as an agent by washing these leachable nutrients from the soil into water bodies such as rivers and streams, which eventually end up in large reservoirs such as lakes and oceans.

These nutrients are also deposited into waterways through drainage systems. Due to poor sewage treatment, raw untreated sewage finds its ways into water bodies and because it is rich in nitrogen compounds such as nitrates and ammonia, it causes algal bloom.

Water pollution, particularly the discharge of poorly treated or untreated industrial waste into waterways leads to the release of raw toxic waste into water systems and since it contains nutrients and compounds such as nitrogen, lead, and phosphorus; the outcome is the dense growth of algae.

The global world is facing the destruction of the ozone layer caused by global warming. This is one of the main reasons algal bloom is thriving at a fast rate. Conducive temperature is needed for certain bacteria to survive both in and out of water.

READ  How Abandoning a Boat Kills the Environment

The exceedingly high temperatures experienced due to global warming have led to rapid decomposition of the nutrients such as nitrates and ammonia, which are easier forms for bacteria to use up and grow in quantity.

Generally, there are many kinds of bacteria present in the atmosphere as well as in water. They are all in search of suitable media for growth and nutrition.

Therefore, like other bacteria, the algae bacterium is facilitated by the presence of dead organisms in the water. Together with the nutrients present in water, the dead organic matter ends up propagating the growth of algae in water leading to an algae bloom.

Algal blooms need large masses of water which are almost still to thrive. There is less disturbance in their propagation in such waters and this explains their limited growth in rivers and streams with a fast flow rate.

Algal blooms produce toxins that reduce the suitability of water for human consumption. Their large presence on the water and their well propagating sequences leads to quick contamination of water thus posing a health hazard to humans. Strong irritation, itching, and even skin diseases are as well be experienced when such contaminated water comes into contact with the human skin.

For any living organism to survive, they need oxygen for respiration. Fishes and other aquatic life depend on the oxygen dissolved in water. Similarly, for the algae bacterium to survive, it needs oxygen for survival.

The presence of extensive algal blooms can result in the massive deaths of aquatic life. As a result, the area around the algal blooms will be a dead zone with a dead animal and plant life alike. The resulting foul smell may affect the rest of the aquatic life, sending them further away from the area.

The presence of algal bloom makes transport on waterways cumbersome leading to more expensive means of transport such as air. Countries that have realized the growth of algal blooms too late have to seek alternative transport routes to engage in trade, resulting in economic losses.

Also, since the growth of algal blooms leads to the death of aquatic life, there can be widespread losses to fishermen who depend on fishing as an income-generating activity. Moreover, the concept and process of treatment of the algal bloom is a costly affair and often requires millions of taxpayers’ money.

Some industries, for example, food processing companies, only require clean water from water bodies to drive their production. This means that the presence of algal blooms will cause additional water treatment costs to get clean water leading to increased overhead costs.

6. Losses in the tourism industry

With the dense growth of algal blooms on natural recreational water surfaces, the tourism industry suffers greatly as the resulting foul smell and dead zones mean there are no fishes to watch, no available ways to navigate the water, and no swimming or boating activities.

With algal blooms contamination or not, people still need water for consumption. The municipality will have to invest in water treatment processes that eliminate the toxins caused by algal blooms.

In some cases, extensive growth of algal blooms may lead to scarcity of fresh drinking water if the town or community depends on the contaminated source as the only one for distributing consumption water. All these increases the costs of treatment and the demand for water, which eventually dramatically raises the water utility bills for domestic consumers. 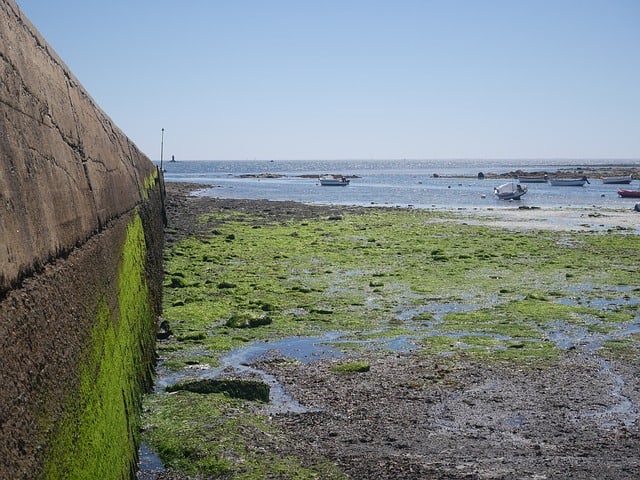 Some Interesting Solutions to Algal Bloom

In a bid to limit the presence of nitrogen and phosphorus in water, there is a need to treat sewage water using the recommended waste treatment procedure – the five-step process that ensures optimal treatment.

Disinfection and the tertiary treatment to remove components such as nitrogen and phosphorus through processes such as nitrification and the eventual sludge treatment is mandatory to prevent feeding main water sources such as rivers, lakes, oceans, and streams with excessive nutrients. Quality water treatment processes also ensure people are consuming safe water and above all, protect aquatic life.

2. Reduction of pollution and water wastage on a personal level

To achieve the global environmental conservation goals of minimal pollution, it has to start with individual initiatives by minimizing wastage, recycling, and reusing to save the environment. When this is done by all people at home, at work, or at school; it can work towards reducing the overall nutrient load into water bodies and even ease the water treatment process. Ultimately, it can aid in minimizing the dense growth of algae in the water.

Fertilizers have to be used by farmers to boost crop yields by providing them with deficient nutrients. However, it can be done optimally by utilizing options such as top dressing or spraying depending on the nutrients to be administered. Farmers are advised to consult from agricultural experts about the mode and quantity of fertilizer to use.

Employing the most desirable practices and applying the right amounts of fertilizers can ensure both the optimal growth of the crops as well as balanced toxicity or nutrient concentration in the soil. On the onset of rain, it would mean only small quantities of chemicals are washed into waterways, reducing the incidence of algal bloom.

4. Use of Hydrogen peroxide

The compound has been used as an effective treatment against algal blooms. This is suitable for smaller water bodies such as large ponds or small lakes for the easy monitoring of the compound’s impact as well as the aquatic life.

This technology focuses on ultrasonic sound waves in water bodies to look for algal blooms and to control their growth if discovered – reducing algae growth by up to 90%. All this is tried and tested and thus, no harm comes upon aquatic life as it is 100% environmentally friendly with the added advantage of low operational costs.

This treatment monitors large water bodies and is able to determine based on the prevailing conditions, whether the threat of algal bloom is present or not. These waves are sent over the top layer of the water bodies to counter the buoyancy, making them sink and unable photosynthesis. The algae eventually die due to the absence of light.

Scroll back to top ← Trump Tells ‘60 Minutes’ Climate Change Will Reverse Itself and He Doesn’t Want to Put Anything at Stake in Fighting It ← Deforestation in the Congo Basin, an Attack on the World’s Atmospheric Purity
14 Shares
Copy link
CopyCopied