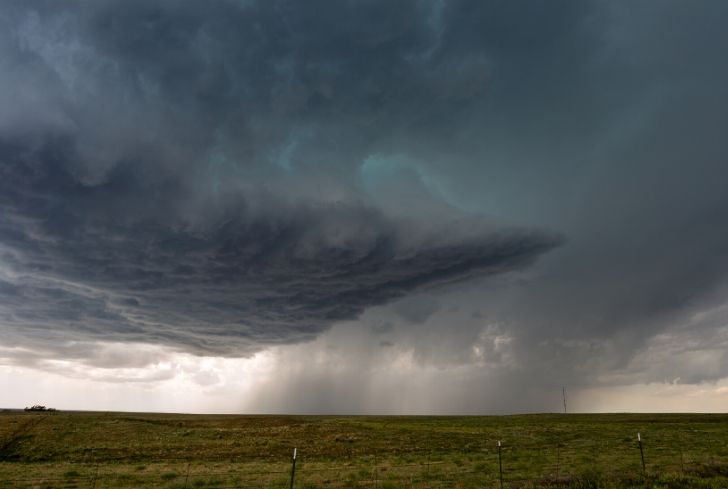 The weather has been, for Millenia, a natural phenomenon that could not be altered by human activity. For instance, no one could manipulate the atmosphere so that it rains. However, in the last several years, human intelligence and technology have changed that.

Humans can now control the weather, including ‘making it rain’ literally – through a process called cloud seeding. It basically is the enhancement of natural precipitation. The process makes water vapor into clouds, turning into precipitation and into rain that would otherwise not fall on earth.

It is the most widely used technique in the modification of weather. The following is an in-depth analysis of cloud seeding, how it works, and its potential negative effects.

What is Cloud Seeding?

Cloud seeding, rainmaking, or man-made precipitation enhancement is a way to artificially modify the weather by spreading clouds with small particles, to make it snow or rain.

In other words, cloud seeding is all about manipulating the clouds so that it rains. Clouds consist of water droplets or ice crystals.

They form when water vapor in the atmosphere cools and later condenses around a particle of dust or salt. These dust or ice particles, also known as condensation nuclei, facilitate the formation of raindrops or snowflakes.

Without the condensation nuclei, rainfall cannot form and, therefore, precipitation does not occur.

It is an efficient tool, especially in arid areas of the world, where rainfall is minimal under ordinary circumstances.

Cloud seeding has been practiced by a number of countries including India, the United Arab Emirates, the United States, China, and the United Kingdom. China has used the technology dependently in dry areas of the country.

The UAE has used the technology since the 1990s, including in 2015 when they pumped about $5 million into their Research Program for Rain Enhancement Science.

The US has employed the technology since the 1950s, especially in the Rocky Mountains, Sierra Nevada, and other mountainous and dry areas.

During the 2008 Beijing Summer Olympics and during the wedding of the Duke and Duchess of Cambridge, the technology was used to prevent rain.

How Does Cloud Seeding Work?

The enhancement of rainmaking or precipitation was first done in 1946 when Vincent Schaefer and Bernard Vonnegu, American scientists at General Electric, were successful in seeding a cloud with dry ice.

They climbed onto a small plane and seeded a cloud with dry ice floating above Schenectady, New York. They then watched as the snow fell from the base of the ice.

After that experiment, Schaefer became referred to as the ‘Snow Man’. According to Guo (2018), three methods can make cloud seeding work:

Regardless, the types of clouds play a vital role in ensuring the process is successful. Large droplets are required if rain is expected to form, meaning maritime clouds are a better source of rain than continental clouds.

The temperature of the cloud is also important. For instance, cumulus and stratiform clouds, whose temperature is below -7°C, would be accompanied by precipitation within 25 minutes (Guo, 2018).

This first of three methods work when a chemical compound is spread onto the clouds. It is the most commonly used method and involves the spraying of particles of salt, like silver iodide and chloride onto clouds.

Silver iodide (AgI) exists in the environment naturally and is not harmful to humans or wildlife. To do so, a special aircraft, rocket, or other dispersion device is used.

The salt particles act as a condensation nucleus, drawing water vapor within the cloud towards them.

Moisture will then latch onto them, condensing into water droplets. Subsequently, raindrops form, leading to rainfall.

This second type of seeding works by boosting the vertical air currents, encouraging more water to pass through the clouds. It, therefore, translates to more rain.

For it to work, about 100 times more ice crystals are required as compared to the static cloud seeding method. It is a more complex method as it relies on a sequence of events working properly.

Scientists within the atmospheric science departments as well as other researchers have broken the dynamic cloud seeding method into eleven separate stages. If one of the stages fails or its outcome is unexpected, the entire process is ruined.

It also makes the technique less dependent as compared to the static cloud seeding method.

This last type utilizes the dispersal of salts through flares or explosives onto the lower parts of a cloud. The salt will become bigger and water will join it. It is a relatively new method that has been described as ‘promising.’ It, however, requires more research.

Despite the process being touted as highly successful in creating rain, it has raised concerns as to its actual effectiveness.

The main question that arises is, would rain have come in a certain place even without the need for the seeding? Cloud seeding becomes irrelevant if it would have rained regardless of it being used.

It becomes difficult to ascertain if fluctuations in the level of rainfall, occurring during cloud seeding times, are produced by seeding or could have occurred naturally.

2. The process is very expensive

It is an innovative way of creating rainfall, especially in arid areas. However, it is an expensive process. In China, for instance, the country uses between $60 and $90 million every year on such weather modification projects.

Between 1995 and 2003, the country used $266 million for the same causes. As already mentioned, the UAE spent about $5 million in 2015 for its Research Program for Rain Enhancement Science.

Such monies could be used to fund other projects, given that it will inevitably rain. Also, if the aim is to bring rain to areas severely affected by climate change, wouldn’t it be easier to tackle global warming and climate change, as it would bring a long-lasting solution?

3. The truth about silver iodide is that it may potentially contain dangerous substances

Despite silver iodide being termed as safe for the environment, there remain concerns about exposure to the same, especially with regards to soil contamination.

Silver iodide has been known to result in incapacitation and possible residual injuries to humans and other animals, especially after chronic exposure.

The toxicity of silver and its compounds in the environment might be low, but they are negative effects nonetheless.

4. Cloud seeding is not the end solution; it may actually worsen global warming and climate change

It has been argued that cloud seeding is just a way of sweeping the effects of pollution and climate change under the rug.

Using cloud seeding to bring rainfall does not negate the fact that climate change exists and the process does nothing to fix the initial problem, which is global warming and climate change.

Since the process is expensive, it would be easier to fix the bigger problem and enjoy the long-term benefits of a better climate.

5. The results might be damaging – more or less rain!

The end results of cloud seeding are either having no rain, like during the 2008 Beijing Olympics or having more rain, especially in dry areas. However, sometimes, the results have been damaging.

In 1974, a hurricane on the US East Coast was seeded using dry ice. The hurricane did not hit the area but moved to the west in Georgia. It caused severe damage, leading to General Electric Corporation being sued.

Operation Cumulus was as well an alleged to be series of secret scientific experiments being conducted in the UK between August 4th and 15th What followed were flash floods in Devon village in Lynmouth, England, killing 35 people.

6. Cloud seeding can be used for destructive purposes

According to Brown (2018), only 56 countries practiced cloud seeding activities in 2016. This means the possibility of more powerful countries using the process to attack other countries.

For instance, the US used cloud seeding to cause a monsoon in Ho Chi Minh, Vietnam, during the Vietnam War, as a tactic against the Vietnamese soldiers.

Brown, J. (2018). Cloud seeding: Should we be playing god and controlling the weather? The Independent. Retrieved from https://www.independent.co.uk/news/long_reads/cloud-seeding-weather-control-manipulate-effects-chemicals-climate-change-a8160146.html