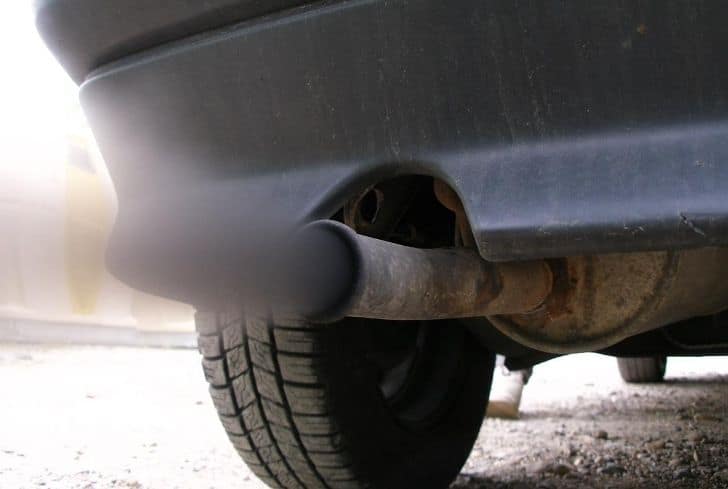 Vehicles are all about a sense of freedom and movement, not to forget the status. But they are also the biggest air quality compromisers, topping the list of pollutant emitters. The smog, carbon monoxide, and other compounds emitted by vehicles are fatal to the living beings and the environment. That can make auto emissions an even more immediate public and health concern. Plus, it has required the development of action plans to improve air quality.

Here are some frequently asked questions related to the automotive industry and air pollution.

How Air Pollution From Automobiles Can be Controlled?

Here are a few of the ways that can help to reduce air pollution from the automobiles:

Drive Less: Leave behind the car and walk for journeys that are less a mile. Because fewer miles are driven = fewer emissions and less air pollution. Also, one can rely on ride-sharing services and public transport. Plan your trips or trip chain – if the grocery store is close to other places you need to go, opt an ‘all-at-one’ trip.

Drive wise: The way we drive also has a say in reducing air pollution by automobile emission. i) go easy on the brakes and gas pedal ii) ensure regular tune-ups, follow manufacturer’s recommendation, and use only the recommended oil. Iii) avoid idling — idling exhaust emits more pollutants than running exhaust. than running exhaust. Follow these steps as they go a long way in effectively reducing emissions and saving some money.

See also  Effect of Pollution on Plants (And Do They Help Fight Pollution?)

Which Vehicle You Should Use to Eliminate Pollution?

Half of the world’s air pollution comes from passenger vehicles. When it comes to heavy-duty vehicles, they comprise only 5% of all vehicles on the road, yet their contribution to global warming is more than 25%. According to the EPA, motor vehicles collectively contribute to,

The stats are alarming but the solution is already here: electric vehicles and fuel technologies.

Electric vehicles (EVs): They run partially or fully on electricity. Unlike conventional gasoline or diesel-powered engine, EVs take an electric motor powered by electricity from batteries or a fuel cell. And, no greenhouse gas emits directly from EVs.

A common understanding is that going faster burns more fuel. But the truth is that vehicles burn the most energy while accelerating to increase the speed. Maintaining steady speed against air resistance also burns somewhat a constant amount. Traffic, constant acceleration, and braking increase fuel burning and therefore pump more pollutants into the atmosphere.

Several conflicting studies have shown that the relation between speed and pollution isn’t linear. Reducing highway speed limits to 55 or 60 mph does reduce emissions. Studies in the United States concluded that driving at 60 mph is as much as 25% more efficient than driving at 75 mph, which burns more fuel due to air resistance.

According to an Amsterdam study, lowering speed limits from 100 to 80 km/h results in a 15% reduction in particulate matter. However, no significant effect on nitrogen oxide emission was observed.

Reports regarding lower speeds (below 40 mph) on local roads are at odd. Exceptions also exist for clean vehicles and electric vehicles including Fuel-cell Electric Vehicle.

Does Driving Faster Cause More Pollution?

Most engines are efficient at their cruising speed. As the average speed increases, the engine becomes more efficient, so less fuel is consumed and fewer hydrocarbons and carbon monoxide are produced. At high speeds, there’s a chance for exhaust emission to increase again. This is because the engine tries its maximum to deliver the power required to achieve the high speed.

The rate of formation of nitrogen monoxide is largely dependent on high temperatures generated during combustion. Because temperature is the highest at high speeds, NOx emission will also be at its peak.

A study conducted by Hansen et al found that for carbon monoxide and hydrocarbon, high speed turned out to be the more dominant factor in determining emissions.

Over speeding with more accelerations, decelerations results in brake- and tire-wear. Studies show that more than 75% of automobile particulate emissions come from tire- and brake wear. This means speed and driving style plays a role in determining overall air quality.

Traffic-calming bumps are crucial in road safety; however, on the other hand, air pollution is more likely to increase since brakes and acceleration emit more pollutants. When vehicles slow down and speed up between the bumps, chances are that they pump out double the exhaust into the atmosphere.

A study published in Air Quality, Atmosphere & Health journal showed an increase in NO, NO2, and CO concentration in the emissions from the vehicles approaching humps compared to that at the checkpoints. In the case of trapezoidal speed humps, NO2, NO, and CO concentrations showed 1.8x, 4.3X, and 2.2X increments respectively. The same study also showed that the concentration of NO2, NO, and CO at circular plastic speed bumps rose on an average by 2.5x, 5x and 3.2x respectively.

Air pollution with particulate matter at speed bumps was also analyzed using different speed dump structures. The results showed a 2 to 5-fold increase in particulate air pollution in the sample area. Scientists also concluded a 55.7% increment in pollution near trapezium-shaped bumps and a 58.6% increment near plastic circular speed bumps.

Although many studies found that speed bumps can increase air pollution, removing them isn’t an option. Because at worst it would increase accidents and fatalities.

What are the Various Vehicle Pollution Control Methods?

The environmental impacts of vehicular emissions are complex and require a systemic approach that involves fuels, vehicle technology, and usage conditions. As these three factors are interdependent, it is necessary to establish control measures focusing on them.

Since 1970, EPA has set and implemented emissions standards to control pollution from the automobile industry. Since every vehicle that enters the market must comply with these regulations, more technological advancements came into the equation. Examples include,

Green tax or environmental tax is levied on older vehicles because they increase atmospheric pollution. Different countries have different classification systems to put public and private vehicles in separate groups according to their green index score. The main pollutants in emissions that affect public health and environment are also considered.

It a popular pollution control method that involves modification of an existing process or the introduction of brand-new technology. For example, painting operations in the automobile industry. A huge amount of VOCs and other air pollutants were released during painting and polishing. Hence, low HAP paints aren’t used anymore and are replaced with electro-deposition, dip tank, and powder coating.

Annual emission tests are conducted to ensure that emission standards aren’t violated. In most countries, failure to meet these standards will result in revoking a license or penalty. Roadside spot checks are also effective to ensure Clean Air Regulations.

Then there are measures such as i) combing errands ii) keeping the vehicle in good shape and iii) choosing zero-emission vehicles.