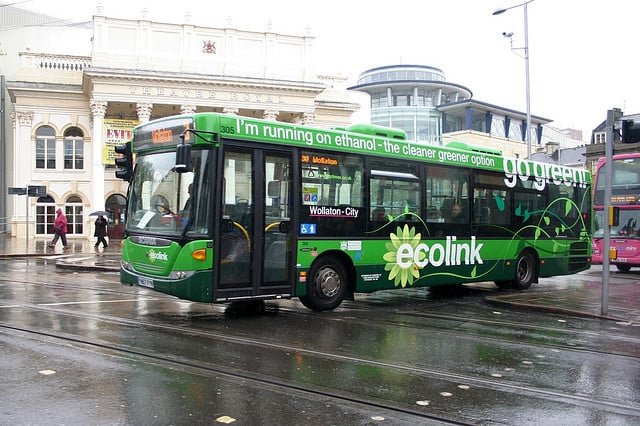 Over the last ten years, the emphasis on reducing fuel emissions has been an agenda for many governments. In a bid to reduce their collective carbon footprint, many people have started looking for a way to control their impact on the environment. It is due to such a situation that the use of Ethanol fuel has increased in many countries. However, those wanting to switch to a different type of fuel have many questions about Ethanol. Many of these are concerned with what this fuel really is and how big a dent it makes in our lives and pockets.

Ethanol, which is sometimes known as ethyl alcohol, is a kind of alcohol derived from corn, sugarcane, and grain or indirectly from paper waste. It’s also the main type of alcohol in most alcoholic beverages obtained as a result of fermentation of a mash of grains (gin, vodka, and whiskey) or sugarcane (rums). It’s also a source of fuel commonly blended with gasoline to oxygenate the fuel at the gas pump. Ethanol fuel can also be used on its own to power vehicles.

Ethanol is more common in our lives than you may think. After all, any alcoholic beverage you can drink comprises of Ethanol. It is known by many different names such as Ethyl alcohol, pure alcohol and grain alcohol. It is regarded as an alternative form of fuel that has gained much popularity for a number of reasons.

The most common use of Ethanol fuel is by blending it with gasoline. Doing so creates a mix that releases fewer emissions into the environment and is considered cleaner in nature. It also keeps the car in better shape by increasing the octane rating of the fuel. All in all, it is accepted by the people, governments and car companies for the many benefits it provides.

In case you were wondering, Ethanol does not occur naturally in any ecosystem. It is produced through the processes of fermentation and distillation. While the energy-based use of Ethanol fuel is new, it has been part of our lives for a very long time. Fermenting sugar creates Ethanol – knowledge used by our forefathers.

These days, it comes from crops and plants that are rich in sugar or have the ability to be converted into cellulose and starch. Sugarcane, barley, sugar beets, wheat and corn are commonly used for production.

How Ethanol is Transformed into Fuel?

The process starts by grinding up the crops or plants meant for production. After this, the ground up substance is refined to get sugar, cellulose or starch. Sugar from plant material is converted into ethanol and carbon dioxide by fermentation. Yeast is normally added to speed up the fermentation process (just the same way alcoholic beverages are produced). Once the ethanol is distilled and purified, it is ready for use. Having a four-step process like this allows the production to be comparatively cost-effective, which is one big reason for the use of Ethanol fuel in our current economy.

To make ethanol fuel from sugarcane, you need to squeeze out the juice from the sugarcane, ferment and then distil it. Compared to the traditional unleaded gasoline, ethanol is a clean-burning, particulate-free fuel source. When burnt with oxygen, the end product is carbon dioxide and water.

Ethanol fuel is not a trend that has come in recently and will die out soon. Governments and automobile manufacturers have recognized the benefits of using it and are working towards integrating it into everyday use. A number of vehicles now come designed with engines that can work with the standard gasoline-ethanol blend. All of this because there are many known benefits of using this form of fuel.

1. Ethanol Fuel is Cost-effective Compared to Other Biofuels

Ethanol fuel is the least expensive energy source since virtually every country has the capability to produce it. Corn, sugar cane or grain grows in almost every country which makes the production economical compared to fossil fuels.

Fossil fuels can play against the economy of most countries, especially, developing countries that have no capacity to explore them. It, thus, makes sense for these growing economies to dwell on the production of ethanol fuel to dial back on the dependence of fossil fuel in order to save revenue.

One striking advantage of ethanol over other fuel sources is that it does not cause pollution to the environment. Using ethanol fuel to power automobiles results in significantly low levels of toxins in the environment. On numerous occasions, ethanol is converted to fuel by blending with gasoline.

Specifically, ethanol to gasoline ration of 85:15. The little composition of gasoline acts as an igniter, while ethanol takes up the rest of the tasks. This ratio of ethanol to gasoline minimizes the emission of greenhouse gases to the environment since it burns cleanly compared to pure gasoline.

Global warming is caused by the relentless emission of dangerous greenhouse gases from the use of fossil fuels (oil, natural gas, and coal). The effects of global warming are catastrophic including changes in weather patterns, rising sea levels, and excessive heat. The combustion of ethanol fuel only releases carbon dioxide and water. The carbon dioxide released is ineffective regarding environmental degradation.

Since ethanol is a biofuel, it is easily accessible to virtually everyone. Biofuel means energy derived from plants like sugarcane, grains, and corn. All tropical climates support the growth of sugarcane. Grain and corn grow in every country. In fact, corn is a staple food in most countries in Africa.

Harnessing of fuel from corn or biomass is an economical way to sustain any economy and prevent it from over-reliance on the importation of fossil fuels like oil, and gas. Embracing ethanol fuel can save a country a lot of money that can be plowed back into the economy.

Since ethanol is domestically produced, from domestically grown crops, it helps reduce dependence on foreign oil and greenhouse gas emissions. If we could run our vehicles on 100% ethanol, the difference would be noticeable.

6. Contributes to Creation of Employment to the Country

The fact that ethanol fuel production relies mainly on agricultural produce, individuals will be shoved into the untapped agricultural sector, and this will uplift a countries economy. This act will guarantee ethanol fuel availability for many years. The need for increased production of corn and grains has set the farming industry booming.

8. Ethanol Fuel is a Source of Hydrogen

Although ethanol fuel is not perfect, researchers are working around the clock to beef up its efficiency to make it a reliable energy source by getting rid of its disadvantages.

One disadvantage of ethanol fuel is that it has been reported to cause engine burns and corrosion. To be able to utilize it in a more productive way, researchers are looking to convert it into hydrogen form, which should uplift it as a formidable alternative source of fuel.

9. Variety of Sources of Raw Material

Although corn and sugarcane are the chief raw material for producing ethanol fuel, pretty much every crop or plant containing starch and sugar can be used.

10. Ethanol is Classified as a Renewable Energy Source

It’s classified as a renewable resource because it’s mainly as a consequence of the conversion of energy from the sun into useful energy. The production of ethanol begins with the photosynthesis process, which enables sugarcane to thrive and later be processed into ethanol fuel.

1. Requires a Large Piece of Land

We’ve learned that ethanol is produced from corn, sugarcane, and grains. All these are crops that need to be grown in farms. For ethanol to meet the growing demand, it must be produced on a large scale. This, essentially, means that these very crops will have to be grown on a large scale, which requires vast acres of land.

The problem is that not everyone has that kind of land, so the only option is renting or leasing, which might add expenses to the budget. This aspect could also lead to the destruction of natural habitats for most plants and animals.

2. The Distillation Process is Not Good For the Environment

The process of distilling fermented corn or grain takes a long time and involves a lot of heat expenditure. The source of heat for distillation is mostly fossil fuel, and fossil fuels emit a lot of greenhouse gas, which is detrimental to the environment.

The chief ingredient in making ethanol is corn. If the demand for ethanol fuel skyrockets, the price of corn would also shoot up, and that would affect the cost of ethanol production. Other users of corn other than for fuel will also suffer, for example, those utilizing corn as an animal feed.

Also, the lucrative prices of ethanol fuel could trigger most farmers to abandon food crops for ethanol production, which might also lead to an increase in food prices.

Pure ethanol has a high affinity for water, and it’s able to absorb any trace around it or from the atmosphere. This fact is also true for those blends of gasoline and ethanol used to power vehicles. The fact that ethanol has high water attraction capabilities means that it’s difficult to obtain it in its purest form since there will somehow be a trace of water. In fact, manufacturers normally indicate 99.8% pure ethanol. This is especially dangerous for marine users than regular road car users.

When water finds a way into a storage or fuel tank, it goes to the bottom of the tank since water is denser than fuel. This will lead to a plethora of small and big engine problems for your vehicle.  The water attraction property of ethanol is the reason why it’s transported by railroad or auto transport.

Pure ethanol is hard to vaporize. This makes starting a car in cold conditions almost difficult, which is why a number of vehicle owners make a point to retain a little petrol, for instance, E85 cars that use 15% petroleum and 85% ethanol.

A common blend used these days is E85 i.e. 85% Ethanol and 15% gasoline. The mileage provided by this blend is lesser than that of pure gasoline or the E10 (10% Ethanol) blend. However, the benefit of using the E85 blend is that the oil remains clean for a longer time, there is lesser stress on the engine and the overall engine maintenance reduces. The cost of lower mileage gets covered up thanks to these small benefits. Not to mention, the overall reduction of your carbon footprint, which is the one benefit from the use of Ethanol fuel that everybody should aspire for.