Biotechnology is the use of biological systems found in organisms or the use of the living organisms themselves to make technological advances and adapt those technologies to various different fields. These include applications in various fields from agricultural practice to the medical sector. It does not only include applications in fields that involve the living, but any other field where the information obtained from the biological aspect of an organism can be applied.

Biotechnology is particularly vital when it comes to the development of miniscule and chemical tools as many on the tools biotechnology uses exist at the cellular level. In a bid to understand more regarding biotechnology, here are its types, examples and its applications. 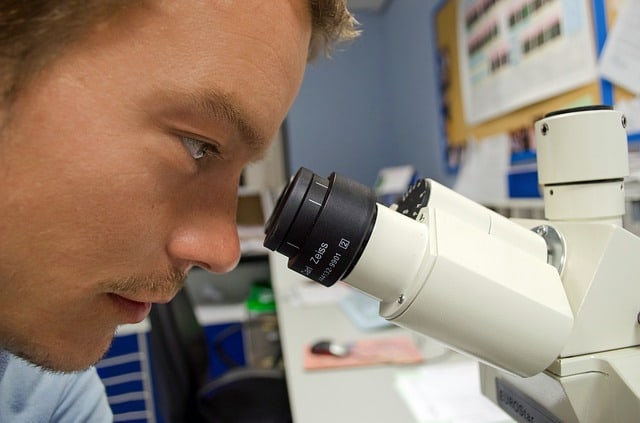 According to Biotechnology Innovation Organization,

“Biotechnology is technology based on biology – biotechnology harnesses cellular and biomolecular processes to develop technologies and products that help improve our lives and the health of our planet. We have used the biological processes of microorganisms for more than 6,000 years to make useful food products, such as bread and cheese, and to preserve dairy products.”

Medical biotechnology is the use of living cells and other cell materials for the purpose of bettering the health of humans. Essentially, it is used for finding cures as well as getting rid of and preventing diseases. The science involved includes the use of these tools for the purpose of research to find different or more efficient ways of maintaining human health, understanding pathogen, and understanding the human cell biology.

Here, the technique is used to produce pharmaceutical drugs as well as other chemicals to combat diseases. It involves the study of bacteria, plant and animal cells to first understand the way they function at a fundamental level.

It heavily involves the study of DNA (Deoxyribonucleic acid) to get to know how to manipulate the genetic makeup of cells to increase the production of beneficial characteristics that humans might find useful such as the production of insulin. The field usually leads to the development of new drugs and treatments, novel to the field.

Vaccines are chemicals that stimulate the body’s immune system to better fight pathogens when they attack the body. They achieve this by inserting attenuated (weakened) versions of the disease into the body’s bloodstream. This causes the body to react as if it was under attack from the non-attenuated version of the disease. The body combats the weakened pathogens and through the process takes note of the cell structure of the pathogens and has some cell ‘remember’ the disease and store away the information within the body.

When the individual becomes exposed to the actual disease, the body of the individual immediately recognizes it and quickly forms a defense against it since it already has some information on it. This translates to quicker healing and less time being symptomatic.

The attenuated disease pathogens are extracted using biotechnological techniques such as growing the antigenic proteins in genetically engineered crops. An example is the development of an anti-lymphoma vaccine using genetically engineered tobacco plants made to exhibit RNA (A similar chemical to DNA) from malignant (actively cancerous) B-cells.

Strides have been made in the development of antibiotics that combat pathogens for humans. Many plants are grown and genetically engineered to produce the antibodies. The method is more cost effective than using cells or extracting these antibodies from animals as the plants can produce these antibodies in larger quantities.

Agricultural biotechnology focuses on developing genetically modified plants for the purpose of increasing crop yields or introducing characteristics to those plants that provide them with an advantage growing in regions that place some kind of stress factor on the plant namely weather and pests.

In some of the cases, the practice involves scientists identifying a characteristic, finding the gene that causes it, and then putting that gene within another plant so that it gains that desirable characteristic, making it more durable or having it produce larger yields than it previously did.

Biotechnology has provided techniques for the creation of crops that express anti pest characteristics naturally, making them very resistant to pests, as opposed to having to keep dusting them and spraying them with pesticides. An example of this would be the fungus Bacillus thuringiensis genes being transferred to crops.

The reason for this is that the fungus produces a protein (Bt) which is very effective against pests such as the European corn borer. The Bt protein is the desired characteristic scientist would like the plants to have and for this reason, they identified the gene causing Bt protein to express in the fungus and transferred it to corn. The corn then produces the protein toxin naturally, lowering the cost of production by eliminating the cost of dusting the crop with pesticide.

Selective breeding has been a practice humans have engaged in since farming began. The practice involves choosing the animals with the most desirable characteristics to breed with each other so that the resulting offspring would also express these traits. Desirable characteristics included larger animals, animals more resistant to disease and more domicile animals, all geared to making the process of farming as profitable as possible.

This information provides the basis for making informed decisions enhancing the capability of the scientists to predict the expression of those genes. An example is its use in flower production where traits such as color and smell potency are enhanced.

One of the biggest uses of biotechnology is the infusion of nutrients into food in situations such as aid. Therefore, it provides food with heavy nutrients that are necessary in such situations. An example of this application is the production Golden Rice where the rice is infused with beta-carotene. The rice has Vitamin A, which the body can easily synthesise.

There is actually very little land on earth that is arable with some estimates place it at around 20 percent. With an increase in the world’s population, there is a need for the food sources available to be as effective as possible to produce as much food in as little space as possible. There is also need to have the crops grown to be able to make use of the less arable regions of the world.

This means that there is a need to develop crops that can handle these abiotic stresses such as salinity, drought and frost from cold. In Africa and the Middle East, for instance, where the climate can be unforgiving, the practice has played a significant role in the development of crops that can withstand the prevailing harsh climates.

The industrial applications of biotechnology range from the production of cellular structures to the production of biological elements for numerous uses. Examples include the creation of new materials in the construction industry, and the manufacture of beer and wine, washing detergents, and personal care products.

One of the materials with the strongest tensile strength is spider webs. Amongst other materials with the same cross sectional width, spider webs can take more tensional force before breaking than even steel. This silk has created a lot of interest with the possible production of materials made from silk including body armour such as bullet proof jackets. Silk is used because it is stronger than Kevlar (the material most commonly used to make body armour).

Biotechnological techniques have been used to pick the genes found in spiders and their infusion in goats to produce the silk proteins in their milk. With this initiative, it make production easier as goats are much easier to handle compared to spiders and the production of silk via milk also help make the processing and handling much easier compared to handling the actual silk strands.

One of the biggest applications of biotechnology is in the energy production sector. With fears over the dwindling oil resources in the world and their related environmental impacts, there is a need to protect the globe’s future by finding alternative environmentally friendly fuel sources. Biotechnology is allowing this to happen with advances such as using corn to produce combustible fuel for running car engines. These fuels are good for the environment as they do not produce the greenhouse gases.

Biotechnology is applied in the healthcare sector is the development of pharmaceuticals that have proven problematic to produce though other conventional means because of purity concerns.

Conserve Energy Future is a participant in the Amazon Services LLC Associates Program, an affiliate advertising program designed to provide a means for sites to earn advertising fees by advertising and linking to Amazon.com. Amazon and the Amazon logo or trademarks of Amazon.com, Inc. or its affiliates.
42 Shares
Copy link
CopyCopied