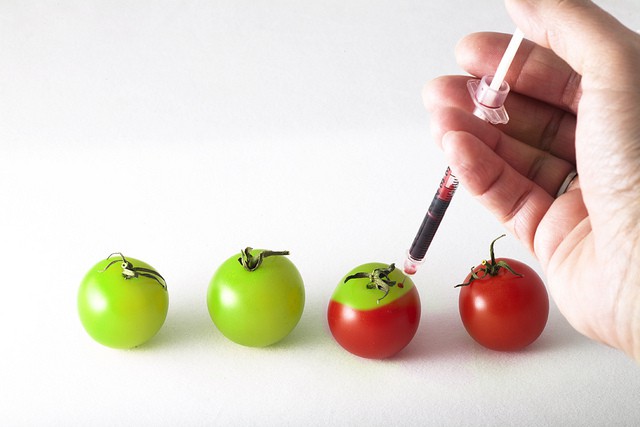 Genetic engineering refers to the set of technologies that directly manipulate on an organism’s genes, change the genetic make up of cells and add one or more new traits that are not found in that organism. At the heart of all life is what we call DNA. It is responsible for the abundance of life on this Earth and the reason why we are the way we are. The genetic make-up of any organism is defined by DNA. In nature, the genetic nature never remains fixed.

Genetic engineering has a huge array of applications, for instance, surgery, animal husbandry, medicine, and agriculture. With genetic engineering, many crops species have developed immunity to most lethal diseases. Genetic engineering has also helped to increase yields at the farm. Today, wide-ranging crop species like wheat are genetically modified to achieve high nutritive value, and faster and higher productivity. These days, more and more countries are embracing genetically engineered crops to fight scarcity of food, offer highly nutritious foods, and grow and cultivate crops that are immune to various diseases and pests. Genetic engineering, in many ways, has heralded an age of agricultural revolution, which many hope will help wipe out malnutrition and starvation.

What is genetic engineering? Well, it’s when a gene of a particular organism is harnessed and the copy inserted into the DNA of another organism to modify its characteristics. An organism is any living thing such as humans, plants, and animals. To understand how genetic engineering works, it would be prudent to know how DNA works. Any organism has a cell. In the cell, there is DNA, which acts as an instructional manual for the entire body.

DNA is responsible for every characteristic of an organism, for example, in humans; it’s responsible for eye color, hair color, height and so on. So, to harvest the height gene from an organism, biologists use restriction enzyme (which resemble a scissor) to cut it out. The harvested height gene is then inserted into a second targeted organism. The targeted organism then reproduces, and the result is multiplication of organisms with the modified height. The same process applies to genetically modified foods.

Genes rarely ever comprise of a single genetic material. The more complex an organism becomes, the more genetic material it has. Much of it has no use and only a small fraction of it is responsible for our specific characteristics. For example, humans and apes share some 99% of their DNA. It is the rest 1% which can be used to create such spectacular differences.

It is also the amount from which active genetic material is extracted and introduced to a new host cell, usually bacteria. This allows it to perform or inherit a certain function from the new genetic material. If it sounds too tough to understand genetic engineering, just imagine that artificial insulin for diabetics is produced through this method.

The applications of this field are growing each day. One example is the production of insulin for diabetes patients. The field of medicine is reaping the benefits of genetic engineering. They have used the process to create vaccines and human growth hormones, changing the lives of many in the process. Gene therapy has been developed, which could possibly provide a cure for those who suffer from genetic illnesses.

It has also found a place of importance in research. As scientists successfully understand genetic engineering, they use it to resolve issues in current research methods. Most of these are done with the help of genetically modified organisms.

Statistics according to scientists at the Germany’s University of Göttingen indicate that Genetically Modified Foods (GMO) increase crop yield by more than 22%. This is why most areas experiencing food shortage have taken up the use of GMOs to help reverse the trend.

Genetic modification has enabled researchers to incorporate variety of nutrients like proteins, vitamins, carbohydrates and minerals in crops to accord consumers greater nutritive value. This aspect has helped many in the developing world who cannot afford a balanced diet every single day. In addition, genetic modification has gone a long way towards solving worldwide malnutrition. For instance, rice that’s strengthened with vitamin A, referred to as golden rice, now assist in mitigating deficiency of vitamin A across the globe.

Statistically, GMOs have a much longer lifespan than other traditional foods. This means they can be transported to far destinations that lack nutritious foods without fear of going bad.

The use of molecular biology in vaccine creation has bore fruits so far according to FAO (Food and Agriculture Organization of the United Nations). Biologists have been able to genetically engineer plants to generate vaccines, proteins, and other important pharmaceutical products via a technique referred to as pharming.

Scientists indulge in crop modification to achieve enhanced resistance to diseases and superior crop health. Genetically modified foods also have the capability to resist harsh weather conditions. All these factors lead to one thing: reduced risk of crop failure.

A research study by Brown University concluded that genetic modification normally blends proteins that are not naturally present in the organism, which can result in allergy reactions to certain groups people. In fact, some studies found out that GMOs had caused significant allergic reactions to the population. A separate research by the National Center for Health Statistics reported that food allergies in individuals under 18 years leaped from 3.4% in the year 1997-2999 to 5.1% in 2009-2011.

Although reports have pronounced that genetically modified foods have no impact on the environment, there are some noted environmental impacts. It has been established that GMOs grown in environments that do not favor them often lead to environmental damage. This is evident in the GMO cross-breeding whereby weeds that are cross-bred with modified plants are reported to develop resistance to herbicides. This, eventually, calls for added modification efforts.

The fact that GMOs take the same amount of time to mature, and same effort to cultivate and grow, they don’t add any economic gain compared to traditional growing methods.

According to a research study by Food and Agriculture Organization (FAO), GMOs can transfer genes to other members of similar species or different species through a process called ‘’gene escape.” This gene interaction might take place at different levels including plant, cell, gene or ecosystem. Trouble could arise if, for instance, herbicide resistant genes find way into weeds.

Research finding according to Iowa State University stipulates that some GMOs contain antibiotic characteristics that boost your immunity. However, when consumed, their effectiveness dramatically reduces compared to the real antibiotics.

1. Identification of an organism that exhibits the desired trait or gene of interest.

2. Extracting the DNA from that organism.

3. Through a process called gene cloning, one desired gene (recipe) must be located and copied from thousands of genes that were extracted.

4. The gene is slightly modified to work in a more desirable way once it is inserted inside the recipient organism.

5. The transformation process occurs when new gene(s), called a transgene is delivered into cells of the recipient organism. The most common transformation technique uses a bacteria that naturally genetically engineer plants with its own DNA. The transgene is inserted into the bacteria, which then delivers it into cells of the organism being engineered.

6. The characteristics of the final product is improved through the process called traditional breeding.

Hawaii is well documented as a place where genetically modified papaya trees have been cultivated and grown since 1999. The harvested papayas are disseminated to markets such as the United States and Canada. The reason for modifying these papayas is the Papaya Ringspot virus that has caused havoc for many years. Also, Hawaii papayas have been modified to slow down their maturity to accord suppliers sufficient time to ship to the market.

Statistically, over 90% of soybeans available in the marketplace today are genetically engineered to naturally resist a herbicide known as ”Round Up.” This enhanced resistance enables farmers to use a lot more Round Up to exterminate weeds.

Cotton is very susceptible to diseases, insects, and pests. It is heavily modified to boost yields and resistance to pests and diseases.

These days, dairy cows are increasingly being genetically modified with growth hormones to enable faster growth and beef up of yields.

Harnessed from rapeseed oil. According to studies, it is the most well know genetically modified oil in the world.

Most countries require that any genetically modified food be labeled. 64 countries across the world with an estimated world population of 64% already label GMOs, the entire European Union included. China also joined the bandwagon of labeling GMOs. Although genetically modified food companies are fighting against labeling, the battle may not be won in the near future.

Science has been able to genetically engineer animals and plants alike. While the animals are used in research or sold as a novelty pet item, the plants have a different purpose. Following the years of pesticide and insecticide use, most pests have developed an immunity to them. With the help of scientists that understand genetic engineering, farmers now benefit from seeds that have been engineered.

They are provided with traits from other plants that can naturally balance the plant-pest relationship. As expected, the use of such engineering has become heavily commercialized and is used to produce more attractive varieties of food.

Genetically modified food is not an experimental project. Foods that have been engineered to look, smell and taste better have found their place in the supermarket shelves since 1994. That’s twenty years ago and the trend has become habit. Apart from their looks, foods are produced simply for consumer convenience, such as seedless fruits.

As of now, soybean, cotton seed oil, corn and canola are the most advanced of the modified crops. Most of the livestock grown in the country is feed with crops that were genetically modified, making them partly genetically modified organisms in the long run. For those that understand genetic engineering, the growing use of the technology is quite alarming.

However, not all is wonderful in world of genetic engineering. It has been launched into controversy many times over the last decade. Since it is still a fledgling technology whose implications are yet not clear, there are many liberties taken with it. Lack of policy and laws makes it easy for research based companies to misuse the work of those that understand genetic engineering.

Most concerns regarding genetically modified food and animals are the ethical ramifications, while others are related to problems in the ecology and future misuse of the technology. As a result, the process and technology is highly regulated as of  now.

Even with the regulations and laws being passed to reign in the rampant abuse of genetic engineering, the process is not in a hurry to stop. The government is pushing for one step at a time, such as labeling foods as “GM Foods” in markets to help the customers make their own choice. But the commercial advantages are quite high and further research will be able to possibly solve many of our health and poverty related issues. This is the biggest argument in the favor of engineering. Even so, it takes a lot many years to fully understand genetic engineering.