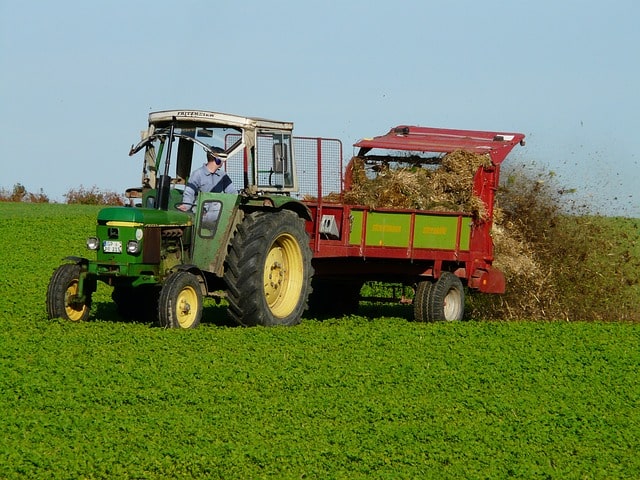 The nutritional and ingredient value of organic fertilizers doesn’t provide immediate fix compared to the chemical fertilizers. Instead, they slowly break down by the action of organisms and biological processes in order for the plants to acquire the nutrients while at the same time conditioning and rejuvenating the soil.

Organic fertilizers are therefore eco-friendly and that’s why they are preferred in organic and healthy farming. The chief examples of organic fertilizers include fish extracts, plant waste from agriculture, animal waste, treated sewage sludge, and peat.

Organic fertilizers do not require intensive industrial process to produce or prepare. The preparation and production process is fairly simple as it can be locally prepared. In most cases, it is prepared and produced in the firm. An example is the process of composting which only requires the use of some basic steps to come up with compost manure.

The local preparation and production of organic fertilizer proves to be beneficial because it lowers the overall costs of fertilizer inputs. Further, it aids in emission reduction by eliminating the need for industrially processed fertilizers and it’s transportation to the farm.

In places where organic farming was heavily practiced thousands of years ago, the farms are still fertile. Examples include the ancient farm lands of China and India which have remained fertile even after a period of a thousand years. Nonetheless, soil fertility of such areas is currently being watered down due to the use of chemical fertilizers.

There is a common saying that “what an entity takes in is what makes it up”. The same highly applies in food stuffs and food products. Accordingly, it means that food products that are fertilized with organic materials are free of harmful chemicals. It promotes a healthy society and those who consume organic food products are free of health risks associated with skin and brain disorders, strokes and cancers as compared to those who eat food stuff produced by chemical fertilizers. In other words, organic fertilizers ensure the consumption of non-toxic food products.

The use of organic fertilizer in farming implies the use of local animal and plant products or waste. These materials for preparing and producing fertilizer are readily and locally available on the farm which does not require the farmer to invest in expensive fertilizer like the chemical ones.

Besides, organic fertilizers maintain the fertility of the soil for an extended period, thereby reducing the need for fertilizer requirement because the soil will always be rich in vital nutrients. Also, the farmer does not need to invest in other expensive farm inputs for improving soil fertility and crop productivity.

Organic fertilizers are in sync with the natural requirements for environmental sustainability and continuity. Their bio-degradable nature continues the nutrient cycle and supports natural bio-chemical activities. Above all, organic fertilizers do not contain the harmful chemicals that contribute to the pollution and contamination of water and land. The use of organic fertilizers can as well protect against the extinction of a number of animal, insect and plant species that are highly affected by the use of chemical fertilizers.

Different Types of Organic Fertilizers Used in the Garden

Manure is among the many types of organic fertilizers used in the garden. It comes from the waste of sheep, horses, poultry and cattle. It’s the easiest to process and produce as it is essentially made up of animal excreta with some litter material. Manure is also termed as “complete” fertilizer because it has lots of organic matter. However, manure has very low nutrient concentration thereby making it mostly valuable as organic soil improvement element. Manure must be composted or properly prepared as the use of fresh manure has scorching effect on the plants.

Bone meal refers to organic fertilizers made of finely ground bones. The bones are obtained from cattle and animal bone remains from the slaughterhouses. It is a vital source of calcium and is made up of up to 15% of phosphate. Its usage as an organic fertilizer is to stimulate flowering and the growth of strong root systems. It is majorly used to fertilize bulbs, flowers and fruit trees.

Blood meal refers to dried and powdered blood of animals, especially from cattle slaughterhouses. It is usually used as organic fertilizer owing to its richness in nitrogen nutrient. Blood mean is therefore a good organic fertilizer for promoting green leafy growth. Usage and application should be done sparingly, as over-application can contribute to the burning of the plant root.

Shellfish fertilizer as the name suggest is processed and produced from the crashed shells or bones of shellfish and crabs. Just like the bone meal, shellfish organic fertilizer is rich in calcium and also has some considerable amount of phosphorous together with other trace minerals. This means it aid in the stimulation of flowering and the growth of strong root systems. Furthermore, it has chitin which promotes the growth of organisms that inhibit destructive roundworm pests.

See also  What are Environmental Ethics? Types and Principles

Seabird guano refers to the accumulated excrement of seabirds. It normally accumulates in the rock areas of arid Sea Islands because these regions experience very minimal rainfall and decomposition. On this account, seabird guano has high content of nitrogen, phosphorous, potassium and other trace elements. These nutrients are good for flowering plants and promote the growth of strong root systems.

Bat Guano refers to the accumulated excrement of cave-dwelling bats. The nutrients in the guano is preserved and protected by the caves from leaching which makes it a very good source of organic fertilizer. It is rich in soluble phosphorous, nitrogen, potassium and trace elements which are important for plant growth. Since it’s powdery, it can be easily applied and is often used throughout the year for topdressing or used as a foliar spray when diluted in tea.

Fish emulsion is an organic fertilizer used in the garden which is processed by decomposing a combination of finely powdered fish. It has high levels of calcium and some considerable amount of phosphorous together with other trace minerals. It’s thus important in stimulating the flowering of plants and the growth of strong root systems. Just like manure and blood meal, its usage has to be managed because it has scorching effect on the plant roots.

Greensand is an olive-green sandstone containing glauconite otherwise known as iron potassium silicate. It results from the sea deposits of shells. It is very rich in potassium, iron and other several micronutrients. It aids in the stimulation of flowering and fruition in fruit trees.

Rock phosphate is a rock made up of lime-phosphate or calcium that can is ground to form small particles or powder that can be used as organic fertilizer. Rock phosphate results from the accumulation of animal waste through sedimentation and compaction. It has over 30% phosphate together with high concentrations of trace micronutrients. It remains beneficial as a fertilizer on the account that it does not leach and remains in the original state until absorbed by the plant roots, thereby encouraging healthy growth.