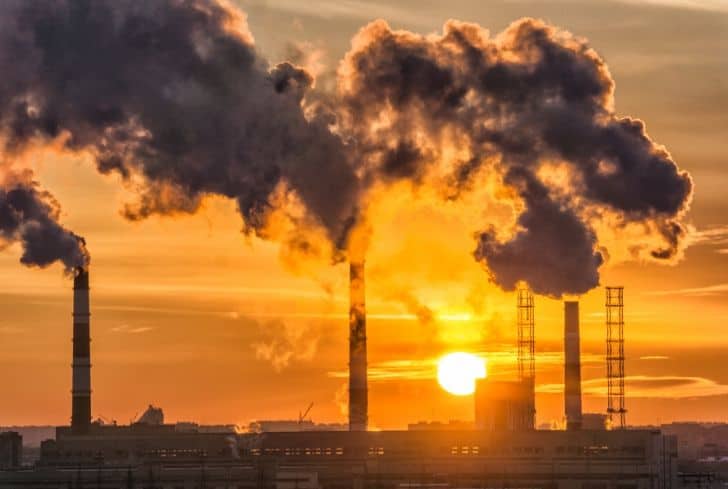 It is high time for human beings to take the ‘right’ action towards saving the earth from major environmental issues. If ignored today, these ill effects are sure to curb human existence in the near future.

The engineering and manufacturing industry has increased the use of materials like metals, plastic, oil, and rubber. These are used in the production of numerous end products which can be associated with different industries such as Car production units, shipping industries, Cotton mills, plastics industries, coal mining, heavy machinery, etc which are causing numerous arduous effects and are considered to be non-environment friendly.

Crucial environmental issues are no more a blame game. While most of us crib about dirty air, smelly garbage, or polluted water, the least do we know it is “us” who is responsible for these unfavorable circumstances leading to cautionary environmental issues.

Here are 17 disastrous current environmental issues that can lead to loss of life of humans and the extinction of a wide variety of species if not handled in a timely manner.

More than half of the human population knows what is pollution, but we are still not ready to face its damaging consequences. Pollution is not only limited to water, soil, and noise but has extended to light, visual, point, and non-point sources. Human beings and their actions are majorly responsible for causing all types of pollution.

Read more about the articles related to Pollution below:

Climate change today is less of a natural process. It is rapidly occurring due to the ill effects of human actions responsible for disturbing and harmful out comings such as global warming, greenhouse effect, urban heat, coal industry, etc.

Climate change is not only changing the overall weather scenario but has larger and harmful effects. Some of these include the melting of polar regions, the occurrence of new diseases, and permanent inhibition in the growth of certain plants essential for human survival.

Read more about the articles related to Climate Change below:

Global warming is another environmental issue which is an increase in the earth’s temperature due to the effect of greenhouse gases called carbon dioxide, methane, water vapor, and other gases. These gases possess heat trapping capacity that is needed to create a greenhouse effect so that this planet remains warm for people to survive. Without these gases, this planet would turn to be cold for life to exist.

During the past several decades, the accumulation of greenhouse gases has grown rapidly, which means more heat gets trapped in the atmosphere and few of these gases escapes back into space. These gases heat up the earth’s surface and this results in global warming.

According to the NOAA, the average earth’s temperature has increased by 1.4 degrees Fahrenheit (0.8 degrees Celsius) over the past century. Global warming is a serious public health and environmental concern. Global warming can have long-lasting effects which can result in the melting of glaciers, climate change, droughts, diseases, and an increase in hurricanes frequency.

Read more about the articles related to Global Warming below:

With the population growing at a rapid pace, the demand for food, shelter, and cloth has almost tripled in the last few decades. To overcome growing demand, a direct action that we have come to recognize as “Deforestation” occurs.

Deforestation means, clearing of forests or green cover for means of agriculture, industrial or urban use. It involves the permanent end of forest cover to make that land available for residential, commercial or industrial purposes.

According to the United Nations Food and Agriculture Organization (FAO), an estimated 18 million acres (7.3 million hectares) of forest are lost each year. The long term effects of deforestation can be severely devastating and alarming as they may cause floods, soil erosion, an increase in global warming, climate imbalance, wildlife extinction, and other serious environmental issues.

Read more about the articles related to Deforestation below:

This is a never-ending human tragedy that is responsible for causing all types of environmental issues. Water pollution, resources crisis, gender imbalance, pollution, land pollution, urban sprawling, deforestation, over production are some common examples of dangerous effects cause by overpopulation.

Despite efforts taken by the government in terms of family planning in many countries, overpopulation is difficult to control at the international level. This has become more like a subjective concern and no method seems to be 100% efficient to resolve the problem of overpopulation.

Read more about the articles related to Overpopulation below:

At present, tons of garbage are produced by each household each year. Items that can be recycled are sent to the local recycling unit while other items become a part of the landfills or sent to third world countries. Due to an increase in demand for food, shelter, and house, more goods are produced. This resulted in the creation of more waste that needs to be disposed of.

Read more about the articles related to Industrial and Household Waste below:

Acid rain simply means rain that is acidic in nature due to the presence of certain pollutants in the atmosphere. These pollutants come in the atmosphere due to the car or industrial processes. Acid rain can occur in the form of rain, snow, fog, or dry material that settle to earth. Acid rain may cause due to erupting volcanoes, rotting vegetation, and sea sprays that produce sulfur dioxide and fires, bacterial decomposition, and lightening generate nitrogen dioxide.

Acid rain can also be caused due to man-made sources which include combustion of fossil fuels which release sulfur dioxide and nitrogen oxides into the atmosphere. Acid rain can have devastating effects on aquatic life, forests, public health and architecture, and buildings.

Read more about the articles related to Acid Rain below:

The ozone layer is a layer of gas that sits 20-30 km above the earth’s surface. It mainly contains contain ozone which is a naturally occurring molecule containing three oxygen atoms. This layer is present in the stratosphere and prevents too many harmful UV (ultraviolet) radiation from entering the earth. The ozone layer is capable of absorbing 95-99% of the harmful ultraviolet radiation that is emitted by the Sun.

However, during the last several decades, human and industrial activity has contributed a lot which has resulted in a considerable reduction in the ozone layer of the atmosphere. The main cause of depletion of the ozone layer is determined as excessive release of chlorine and bromine from man-made compounds such as chlorofluorocarbons (CFCs).

Read more about the articles related to Ozone Layer below:

Genetic modification of food, human and animal organs seems like the gem of science and technology but this has major harmful effects. Biotechnology is an impressive technology but limiting the use is the need of the hour.

Genetic engineering is a controversial subject and has seen more ill impacts than the benefits it brings to mankind. Genetic pollution and alteration of food produce not only have harmful effects on human beings but are responsible for crucial concern knowns as ‘genetic modification’.

Read more about the articles on Genetic Engineering below:

Not only India and China are classic examples of overpopulation and urban sprawl leading to land degradation. Today almost all countries are using the land irresponsibly to meet the ever-growing demand of the greedy human wishes. The expansion of industrial areas has not only led to land degradation and soil pollution, but habitat destruction is a terrible misery.

A natural environment consisting of flora and fauna is indiscriminately destructed and lost completely instead of being replaced. In the long-run, this can have a harmful impact on human survival and causes a serious environmental issue.

Read more about the articles related to Urban Sprawl below:

The oil spill is another form of pollution that involves the spilling of liquid petroleum in the ocean due to human activity that affects especially the marine ecosystem. Who doesn’t know the famous 2010 BP oil spill? The effects of this oil spill can still be seen after several years. There are several oil spill incidents that have happened in the last 10 years and yet we are not taking the steps to avoid thee accidents in the future.

Read more about the articles related to Oil Spill below:

Hydraulic fracturing or fracking is the process of pumping millions of gallons of water, sand, and chemicals underground to create enough pressure to crack or break apart the rock and release the gas. Fracking can lead to an increase in water pollution, an increase in the number of droughts, the spread of toxins, less focus on renewable energy sources, and others.

Read more about the articles on Hydraulic Fracking below:

Countries around the globe have been digging into the earth’s crust in search of petroleum products that they can use or sell to other countries to fulfill their thrust for energy. As you already know, these energy sources are limited and exploitation of these sources beyond a certain point will lead to an increase in air pollution and global warming.

Experts have already predicted these non-renewable sources might vanish in less than 50 years from now but still, oil companies have been using these sources of energy like they are going to be here for a lifetime.

Read more about the articles related to Natural Resources Depletion below:

Desertification is defined as a process of land degradation in arid, semi-arid, and sub-humid areas due to various factors including climatic variations and human activities. Or, to put it in another way, desertification results in persistent degradation of dryland and fragile ecosystems due to man-made activities and variations in climate.

Overgrazing, deforestation, urbanization, and climate change are a few of the factors leading to desertification. Desertification can lead to hunger, flooding, poverty, and poor water quality. The only few ways to prevent desertification is educating people on sustainable farming practices and putting together rehabilitation efforts to prevent the issue from spreading further.

Read more about the articles related to Desertification below:

Habitat destruction occurs by pollution that causes habitats to be destroyed because it changes the quality of air, water, and land while becoming a breeding ground for toxins.

Habitat destruction can lead to the extinction of various species, displacement of wildlife, disruption of underwater systems, change in the composition, and quality of the soil among others. We must raise awareness and teach others the importance of biodiversity to solve this serious environmental issue.

Read more about the articles related to Habitat Loss and Destruction below:

Read more about the articles related to the Loss of Biodiversity below:

Did you know that only 2.5% of all the water in the world is freshwater? And that only 1% of accessible water is trapped in glaciers and snowfields. We only have real access to 0.0007% of the planet’s water, that’s all we have to feed and fuel over 6.8 billion people. And above all as per WHO, 1 in 3 people globally do not have access to clean drinking or potable water. A water crisis is also known as water shortage, water scarcity, and water stress.

Water crisis happens primarily due to water pollution, loss of groundwater, climate change and can lead to a lack of sanitation, hygiene, livestock and agricultural problems, an increase in deaths, diseases, wars, and malnutrition.

Read more about the articles related to Water Crisis below:

Loss of Biodiversity by Nature 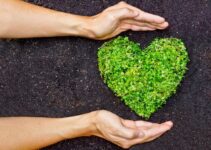 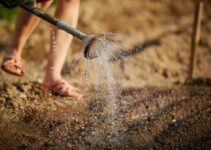 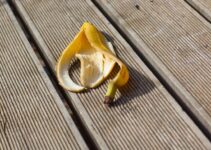