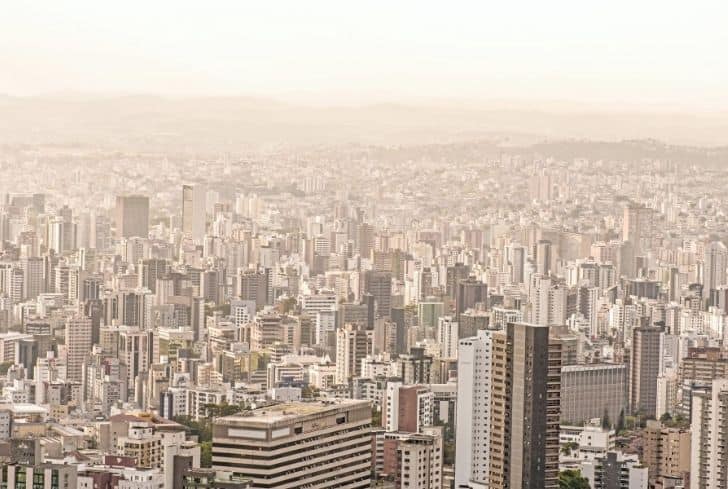 In other words, urban sprawl is defined as low density residential and commercial development on undeveloped land. Most of the time, people will move from these areas to try to find better areas to live. This has been the way of the world since the beginning.

Human civilization has been changing the Earths environment for millennia, often to our detriment. Dams, deforestation and urbanization can alter water cycles and wind patterns, occasionally triggering droughts or even creating deserts.

Migration and urban sprawl isn’t something that is just now becoming popular, as it has been around for quite some time.  Cities and their suburbs are now becoming overcrowded because of this, but now it is time to look at the causes and the effects of the urban sprawl so that you can gain a better understanding of it.

“Urban sprawl is cutting into precious farm and wildlands, leaving us with less greenspace and precious wildlands, like bogs, which are being drained and paved over, putting valuable wildlife habitat and species at risk. More traffic, more carbon emissions, more smog! But sprawl isn’t inevitable. It is often the result of poor planning and short-sightedness. ”

Urban sprawl is a term that is used for politicizing a number of issues since the very advent of the industrial era. Mostly used for negative criticisms and to highlight mainly the environmental effects of industrialization, the term urban sprawl is very frequently used today. It has become the cry that urges everyone to try to control what is known as the “urban growth.”

Urban sprawl can be caused by a variety of different things.  These causes will mainly include:

Lower cost land and houses in the outer suburbs of the cities, because the centers of urban development have really made people want to stop settling in these areas and want to venture further out.

There is increased spending on certain types of infrastructures, including roads and electricity.  This is something that hasn’t always been available, and there are still some areas that don’t have these luxuries.  That doesn’t mean that they aren’t working on it.

3. The Rise in Standard of Living

There are also increases in standards of living and average family incomes, which means that people have the ability to pay more to travel and commute longer distances to work and back home.

People love to find areas that are less trafficked and more calm, which leads them to sprawl out to other sections of the town. Unprecedented development, cutting of trees, loss of green cover, long traffic jams, poor infrastructure force people to move out to new areas.

5. Lack of Proper Laws that can Regulate Urban Planning

Regulating processes that are not properly bound by the law can be extremely difficult. Such is the case with urban sprawling. Since there are no strong laws that govern the system of urbanization, it becomes a somewhat wayward and uncontrolled process that deepens the problem of urban sprawling.

Cities will usually have high property taxes, and you can usually avoid these taxes by living in the outer suburbs because the taxes are usually lower than they would be in other situations.

7. The Rise in Population Growth

Another factor that contributes to urban sprawl is the rise in population growth. As the number of people in a city grows beyond capacity, the local communities continue to spread farther and farther from city centers.

People in high-income groups have stronger preferences towards larger homes, more bedrooms, bigger balconies and bigger lawns. This also causes urban sprawl as this option is not available in crowded cities. People generally look out for low-density residential areas where they can get home according to their preferences.

Now, we will take a look at the effects of urban sprawl since we have taken a closer look at the causes of it.  Some of these effects include:

They can actually play a part in the increases in public costs because these changes in infrastructures and buildings must actually be paid for by someone- and it is usually the taxpayers’ money that pays for it.

Populations will begin to use their cars more often, which means that there is more traffic on the roads, and there is also more air pollution and more auto accidents that you have to worry with.

When people use their vehicles, even to go to a very short distance, people are going to be more overweight and are also going to have to deal with ailments such as high blood pressure and other diseases that come about with obesity.

When the population density of a particular place increases by leaps and bounds, there are diseases that spread like wildfire sometimes. Especially the highly communicable diseases like chickenpox and some others like it might spread very quickly.

With the increase in population in a particular area, sanitation might be a huge issue in the densely populated areas. Since, in most cases of urbanization, proper planning is a major issue so, it is quite natural that urban sprawling could easily lead to some sanitation problems.

Sprawls can also cause certain environmental issues that you may want to be aware of.  In fact, when you think about going out to develop these lands, you will have to worry about the wildlife that lives in these lands. You will be displacing them, and it can really cause a ripple in the environment.

When people move further out, they also have an impact on their social lives.  They don’t have neighbors that live as close, which means that they won’t really stay as social as they should.

This isn’t always the case, but it is something that should be taken note of. Humans are a social being, and remaining connected with other people is very necessary for proper living. The lack of contact might lead to some very complicated mental disorders in human beings.

Every problem has one or more solutions. It is only necessary to understand the problem inside out. Urban sprawl cuts off neighborhoods in a manner where the inhabitants are bound to be reliant on their cars even for their day to day needs. The organization or the planning is so poor that there is no sustainability in it. In fact, the entire thing is very inconvenient.

Urban sprawling truly causes havoc everywhere. Be it the natural ecological balance or even the lifestyle of the inhabitants. Thus, it becomes very important that the problem of urban sprawling be solved at the earliest and in the best ways possible. Some probable ways are stated below.

1. Adopting the Principle of New Urbanism

New Urbanism is a vital principle that helps check the problem of urban sprawling to a great extent. As is said by Ball State University, “When the focus turns from the suburbs and toward the inner city, growth can happen without the pollution and landscape destruction that comes with sprawl,” and that is the philosophy of New Urbanism. It decreases pollution as well as protects the natural environment.

In order to prevent urban sprawling, it is absolutely crucial that the masses are properly educated and are adequately taught about urban sprawling as well as its causes and effects. In these cases, knowledge is the greatest and the best power available. It will also help in better urban planning.

3. Application of Some Smart Planning

In order to prevent urban sprawling, Smart growth or mixed growth could be encouraged by the architects. In these types of plans, the residential, commercial and the workplace are not separated. This saves a lot of space. The planning becomes compact, and living becomes even more sustainable.

As you can see, urban sprawl is something that will continue to occur as long as we live here on earth.  It isn’t something that is going to change, but over time the more rural areas are going to become more populated because of development and change.  This can be considered a good thing at times, but others view it as a bad thing.

You also have to consider the fact that it will actually play a part in having to cut down more trees and tear up the environment, and in this aspect, it is not a good thing.

On a positive note, it may lead to less overcrowding- but it won’t happen overnight.  It’s clear that urban sprawl is something that people will consider to be a good thing or a bad thing, depending on their own belief systems.  You may find it to be something that is ideal, while others may want to steer clear of it.  It is inevitable, that’s for sure, but that doesn’t mean that it has to be rushed into, and it should happen naturally.

Urban Sprawl and its Impact