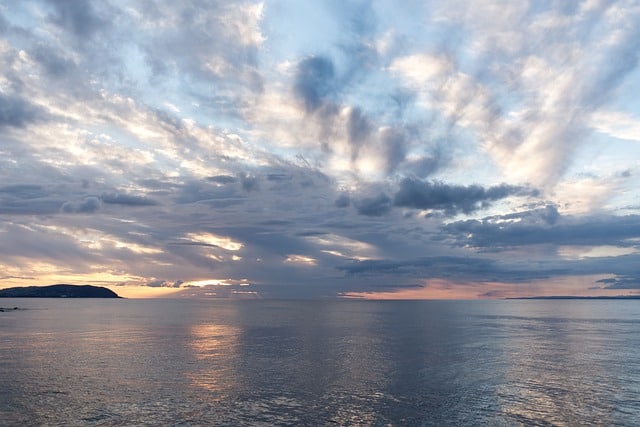 El Niño is the warm phase of the El Niño-Southern Oscillation cycle (ENSO). The ENSO cycle is the way scientists describe the fluctuations in temperature between the atmosphere and the ocean in the east-central Equatorial Pacific. Basically, El Niño is a naturally occurring phenomenon that is linked to periodic warming in sea surface temperatures across the central and east-central Equatorial Pacific. El Niño affects more than 60 million people.

El Niño is Spanish for “the boy child,” which is often used to refer to Jesus Christ, and the phenomenon earned this name because it typically occurs in December around Christmas. El Niño occurs every 2-7 years and can last anywhere between nine months and two years.

El Niño and La Niña are opposite phases of El Niño-Southern Oscillation (ENSO) cycle. While El Niño as the warm phase of ENSO, La Niña is sometimes referred to as the cold phase of ENSO.

El Niño is the warm phase of the El Niño Southern Oscillation (commonly called ENSO) and is associated with a band of warm ocean water that develops in the central and east-central equatorial Pacific (between approximately the International Date Line and 120°W), including off the Pacific coast of South America.

The cool phase of ENSO is called “La Niña” with SST in the eastern Pacific below average and air pressures high in the eastern and low in western Pacific. The ENSO cycle, both El Niño and La Niña, causes global changes of both temperatures and rainfall.

Both El Niño and La Niña typically last nine to 12 months. The frequency of occurring of El Niño is more than La Niña. The presence of El Niño can significantly influence ocean conditions and weather patterns across large portions of the globe.

The following are the conditions in the equatorial Pacific Ocean prior to the occurrence of El Niño:

This self-perpetuating motion in the air in the Pacific continues until the slow changes in the ocean around the equator lead to a series of events known as El Niño:

What are The Global Effects of El Niño on the Weather?

The main impacts of El Niño occurring in and around the Tropics. The following are some of the effects El Niño has on the weather in this part of the world:

What is La Niña?

La Niña is a strengthening of the normal trade winds that typically occurs after El Niño. Basically, the normal, non-El Niño wind cycle is reinforced, pushing the warmest waters in the equatorial pacific further west than normal, and increasing the pulling up of cold water to the surface in the east.

La Niña has an effect on global weather, as well, and this effect is typically the opposite of El Niño, causing droughts in the eastern equatorial Pacific and floods in the western equatorial pacific.

What are the Economic Effects of El Niño?

See also  Is Silica Gel Biodegradable? (And Go Into Compost?)

El Niño is a naturally occurring event, and there is nothing that can be done to stop its effects on the weather or on people around the world. However, because it can typically be noticed by meteorologists, people in the countries affected by it can take measures in order to curb some of the impacts.

Whether it be preparing for floods or droughts, people in the countries affected by El Niño must take the steps necessary to protect themselves. This can include stocking up on water in the case of a drought or making sure their homes are able to handle floodwaters.

Because of the effect on many important crops in these countries, some steps for preparation might also include stocking up on these crops in preparation for the droughts or for damage caused by the flooding.