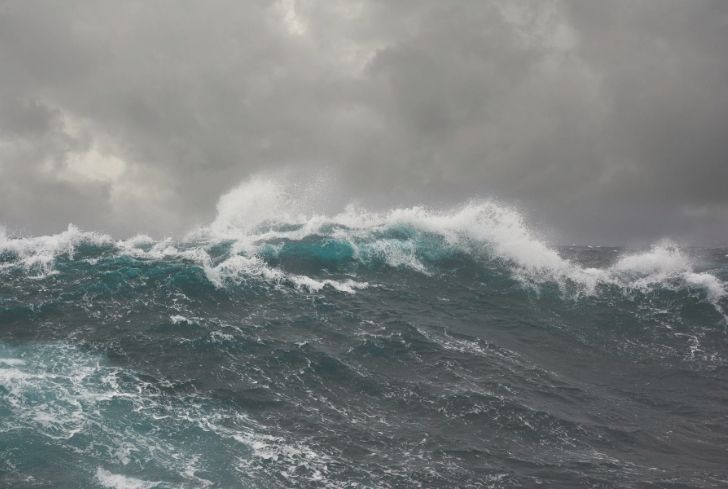 La Niña is a phenomenon that describes cooler than normal ocean surface temperatures in the Eastern and Central Pacific Ocean, regions close to the equator off the west coast of South America. In some parts of the world, La Niña causes increased rainfall, while in other regions, it causes extreme dry conditions. The conditions that cause La Niña recur every few years and can persist for as long as two years.

El Niño occurs every 2-7 years, and La Niña events sometimes follow El Niño events. La Niña, in the past, has also been called anti-El Niño and El Viejo (the old man in Spanish).

La Niña is a climate pattern that describes the cooling of surface ocean waters along the tropical west coast of South America. La Nina is considered to be the counterpart to El Nino, which is characterized by unusually warm ocean temperatures in the equatorial region of the Pacific Ocean.

This occurs when the easterly trade winds become weaker and, in some cases, blows in the opposite direction. The Pacific Ocean during El Niño becomes warm, gains heat and pushes eastward.

During a La Niña period, the sea surface temperatures across the eastern and central Pacific Ocean tend to be lower than the normal temperatures (between 3-5 degrees Celsius). In the United States, for example, La Niña occurs for at least five months of La Niña conditions. This phenomenon has widespread effects on the weather.

A usual, La Niña winter features drier and milder conditions across the Southern hemisphere. This causes elevated fire conditions and the Southeast drought conditions. On the other hand, the Pacific Northwest becomes wetter than normal, and the Northeast experiences very cold conditions.

La Niña sometimes follows El Niño but not always. Although they occur at asymmetrical intervals of approximately 2-7 years, La Niña events, like El Niño events, will vary year to year and with each event.

See also  Perovskite: The Next Frontier in Solar Energy Efficiency

What is the Difference between La Niña and El Niño?

As per NOAA, “El Niño and La Niña are extreme phases of a naturally occurring climate cycle referred to as El Niño/Southern Oscillation. Both terms refer to large-scale changes in sea-surface temperature across the eastern tropical Pacific.

Usually, sea-surface readings off South America’s west coast range from the 60s to 70s F, while they exceed 80 degrees F in the “warm pool” located in the central and western Pacific.” During El Niño, this warm pool expands to cover the tropics but shrinks to the west during La Niña.

The local effects on weather caused by La Niña (“little girl” in Spanish) are generally the opposite of those associated with El Niño (“little boy” in Spanish). For this reason, La Niña is also called anti-El Niño and El Viejo (the old man in Spanish).

What Are The Effects of La Niña?

La Niña (small girl in Spanish) and El Niño (little boy still in Spanish) are known to have severe effects on atmospheric pressure, rainfall patterns and the global atmospheric circulation. The Global Atmospheric circulation (GAC) is basically a huge movement of air. When combined with ocean currents, this air distributes thermal energy to the Earth’s surface. These changes are the sources of inconsistency in climatic conditions worldwide.

La Niña events are also associated with rainier-than-normal conditions are over southeastern Africa and northern Brazil.

Extreme La Niña events are known to cause disastrous floods in the northern parts of Australia. For example, following the strong La Niña events in 2010, Queensland, Australia, experienced the worst floods ever. As a result of this catastrophic event, over 10, 000 people were displaced and forced to evacuate. After the disaster, it was estimated that over $2 billion worth of property had been lost.

This is a clear indication of how devastating La Niña can be. In the past, Bolivia has also experienced a massive loss of lives and property as a result of La Niña. In such incidences, people are always asked to move to higher grounds, and others are evacuated to safer places.

Over the eastern and central Pacific, La Niña is characterized by over normal pressure. This leads to reduced cloud formation and subsequently reduced rainfall in that particular region. In the tropical South American west coast, the lowland region of South America and the Gulf Coast of USA experience drier than normal conditions. This phenomenon also causes drier conditions across equatorial East Africa during the months of December to February.

However, this period can be longer or shorter, depending on the severity of La Niña. In recent times, the climate is unpredictable in most of these areas as there are times when drier conditions are expected, but instead, rainfall is experienced in these areas. This is just to show how unpredictable and irregular La Niña can be.

La Niña is known to have negative effects on the weather patterns of several parts of the world. However, in Peru, things are different. The changes in temperatures mean a high fishing season for Peruvian fishermen. The fishermen report increased fish presence along the coastline. This attributed to the fact that the waters are a little warmer, and the winds come along with fish food. This attracts more fish to the surface, making it easier for the fishermen to fish different types of fish and in plenty.

5. Affects the Climate Patterns in Montana

Montana’s spring is known to be cooler and wetter than usual during a typical La Niña event. There are those days when the temperature is extremely high and very cold nights. On top of that, the rainfall pattern also changes, whereby there will be more rain than average. This affects the planting season as farmers would opt to plant their crops, especially the red spring wheat, when the weather is favorable. This is because the seeds will not germinate as expected, and if they do, they will take longer to grow.

The cooler temperatures associated with La Niña greatly affects the Canadian weather. This affects the British Columbian west coast, the Prairie Provinces, through to Ontario. It is during La Niña events that the Southern British Columbia receives more snow than usual, and parts of southern Canada receive all manner of high precipitation. On top of that, due to the lower temperatures, commercial fishing, especially the fishing of the Sockeye salmon, is also affected.

The different weather cycles affect the Canadian agricultural sector as farmers will have to wait for the snow to melt for them to plant crops. The wildlife also has to adapt to extreme conditions. Otherwise, they will die of extreme weather.

The southern portion of the polar jet brings warm, moist air into the northwestern United States, causing much of this area to be wet. During the La Niña event, the southern states surrounding the Gulf of Mexico tend to remain warm and dry. Along the east coast of the United States, warm temperatures persist during the winter months.

The strengthening of trade winds in La Niña events is associated with some of the incidences of serious typhoons, hurricanes and very cold weather in various parts of the world. Conditions are more favorable for hurricanes in the Caribbean and central Atlantic area. Greater instances of tornados made states of the US already vulnerable to them.

In Asia, the formation of severe tropical cyclones, which heightens the landfall threat to China, is correlated with the westward shifts across the western Pacific Ocean brought about by the La Niña.

La Niña also allows for the development of stronger than normal hurricanes in the Atlantic and equatorial Pacific areas. In Canada, La Niña is tied to the cooler and snowier winter, such as the very harsh snowy winter of 2007/2008 registered in Eastern Canada.

However, it is inaccurate to label individual storms or events as a La Niña or El Niño event. Rather, these climate extremes affect the position and intensity of the jet streams, which in turn affect the intensity and track of storms.

Economic Problems Around the Globe

The effects of La Niña are experienced globally. With catastrophic floods, hurricanes and cyclones in countries on the western part of the Pacific and, on the other hand, bushfires and droughts along the west coast of the USA and East Africa, farms are adversely affected, and crops can be produced as expected. This causes food and agricultural produce shortage.

Agricultural produce is considered by many a primary production material. And if this is affected, imports and exports will also be affected, leading to an increase in the cost of importing or exporting other products. This is usually passed down to the final consumer who, in a way or another, may not have been affected by La Niña.

In summary, the ongoing temperature variations in the Pacific current and the unstable weather patterns caused by the continuous changes in temperatures are all part of a continuous cycle. There are, of course, phases in between the cycle, but the temperatures swing again. Although a number of people can shrug off and shovel extra snow, to others, these changes force them to completely adapt their livelihoods, for instance, to plant their crops at a different time of the season, catch fewer fish, move from one area to another in search of food or simply go hungry for a very long period of time.