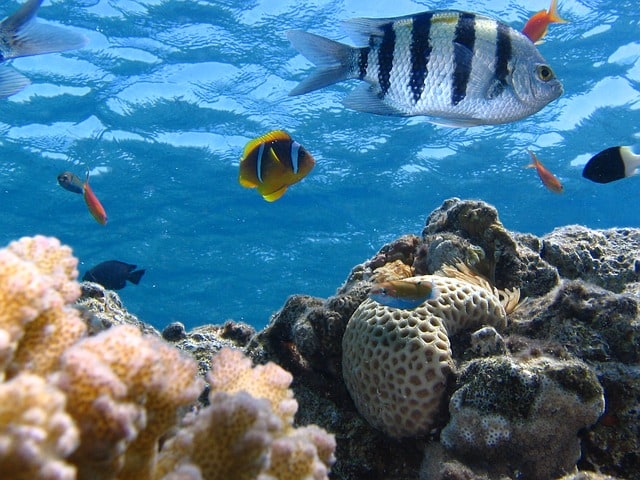 Ocean heatwave “blobs” are threatening marine life by emerging into the oceans worldwide.

According to The Washington Post, recently the heat waves have been reported near both California and Uruguay. The marine heatwaves have also been observed near Australia.

This new hot zone near California called a blob or return of the blob in reports. In 2014 and 2015, a major heatwave that had affected waters near the West Coast was nicknamed “the Blob” after the horror film.

Some significant facts are here to know more about these temperature anomalies:

A research oceanographer, Andrew Leising, with the National Oceanic and Atmospheric Administration’s Southwest Fisheries Science Center told The Hill that the changes in atmospheric patterns have likely caused the oceanic heatwaves.

“We get these big changes in atmospheric patterns that lead to a longer, larger period of calm winds and you don’t get the mixing and bam stuff starts heating up,” he added.

According to Rick Thoman, an Alaska climate specialist at the University of Alaska Fairbanks, as told to The Hill that high atmospheric pressure that resulted in less wind and increased sunshine might have caused the heat waves.

The frequency and intensity are likely to be increasing

A supervisory research physical scientist with Southwest Fisheries Science Center of NOAA, Nate Mantua told The Hill that in recent years, there is recorded evidence of ocean heatwaves with an increased frequency and intensity.

It is because of global warming according to him, and for that ocean is absorbing more heat.

“That just raises the baseline temperature everywhere so the warm periods today are added onto much warmer oceans,” he said.

Mantua attributed these increases to the changing weather patterns that changed the way heat is moved in different regions in the ocean.

“These trends can largely be explained by increases in mean ocean temperatures, suggesting that we can expect further increases in marine heatwave days under continued global warming,” the study’s abstract said.

The effect on marine life is devastating

In the starting of 2014, the blob that impacted California caused significant changes to the area’s marine life. As per NOAA, the hot spot produced the most massive harmful algal bloom ever recorded on the West Coast halting crabbing and clamming for months.

Thousands of California sea lion pups were also found stranded on beaches. The mothers had to forage for food further away due to changes in the marine food web, leaving the young sea lions behind.

The multiple fishery disasters were also declared and as per the 2017 data, reported in the Science magazine, 100 million pacific cod most possibly vanished from southern Alaska waters and nearby due to the blob. The population of fish had decreased by 70% in two years.

The South Atlantic blob which was first identified in 2012, also caused algae to bloom, clams to die and changes in fishing, the Post reported.

Although the effects can be restricted to the short term in case of isolated incidents, however, repeated events can wreak havoc on particular species, Leising told The Hill.

“When they just happen like for a year…it’s not too bad. A lot of the animals and populations can rebound,” he said. “If you string a bunch of these events together, that’s the kind of thing that some of these populations may have trouble recovering from.”

He said it depends on the lifespan of the species whether it can weather repeated events. He observed that longer-living creatures and microscopic creatures could outlast heatwaves and quickly bounce back, but those whose life cycles fall in between are hard hit.

“If they have a bunch of years of bad reproduction, it starts stacking up on them,” he said regarding the species such as salmon with medium-length life cycles.

The animals like squid that can move can also evade issues; however, those that don’t, such as rockfish, are likely to be impacted, he noted.

The changes in ocean ecosystems are hurting marine life-based industries such as fishing. In 2014 and 2015, after the West Coast heat “blob”, NOAA declared multiple fishery disasters and disaster relief distributed to those determined to be impacted.

In a request for one such declaration, regarding a California Sea Urchin Fishery, it was stated that “persistent warm ocean conditions” caused the less kelp production leading to the starvation of urchin. It said that there were significant drops in revenue ports in various parts of the state, including 93 per cent fall than a 5-year average in Orange County.

“The Pacific sardine disaster, the salmon disaster and the crab disaster…those are really kind of three of our most important fisheries. They all basically had disasters as a result of this,” Geoff Shester, the California campaign director and senior scientist of conservation group Oceana, said referring to the effects of the heatwave in 2014 and 2015.

“The federal government essentially used taxpayer money to pay a bunch of folks back,” he added.