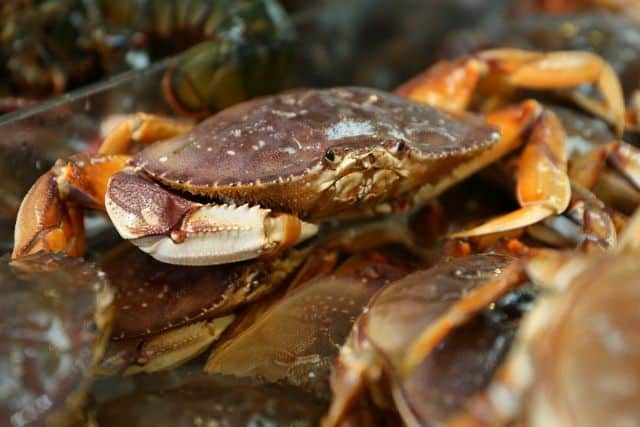 The acidification of the Pacific Ocean at an increasing rate is making the lives of some of the most valuable crustaceans like Dungeness crab living in the coastal waters of Pacific Northwest vulnerable, with its first inhabitants to feel its effects.

Whenever there is a change in the ecosystem, its inhabitants change as well. This is precisely the case in the Pacific Ocean. The water in some parts of the ocean is acidifying at a higher rate than the other parts of the world.

For the commercial fisheries in the Pacific Northwest, the Dungeness crab is vital. However, it is suffering from partially dissolved shells and damaged sensory organs because of lower pH levels in its habitat, a new study found.

The impact of their injuries could fall on coastal economies and predict the obstacles in a changing sea. And the results are expected to be as the study’s authors said the damage to the crabs is premature: The acidity wasn’t predicted to damage the crabs this quickly.

“If the crabs are affected already, we really need to make sure we pay much more attention to various components of the food chain before it is too late,” said study lead author Nina Bednarsek, a senior scientist with the Southern California Coastal Water Research Project.

The recent findings of the study were published in the journal Science of the Total Environment this month and funded by the National Oceanic and Atmospheric Administration (NOAA). The agency studies acidification of the Pacific Ocean and the impact of changing pH levels on coasts.

How Does Ocean Acidification Occur?

When the ocean absorbs more carbon dioxide from the atmosphere, it acidifies because that lowers pH levels in the water.

According to NOAA, Ocean acidification brings changes on the coasts by releasing excess nutrients. It can create algae blooms and increase sea temperatures and salinity.

The crustaceans and coral rely on carbonate ions to build their shells and coral skeletons, which are found less in more acidic waters. Therefore it becomes hard for the formation of strong shells.

Not just crabs, but oysters, clams and plankton, all strengthen themselves with the help of the same carbonate ions. At the same time, humans and other sea creatures rely on these sea creatures either for food or for economic security.

Eventually, if the acidification conditions continue, it can impact fish as well. According to other studies, fish face trouble while detecting predators in acidic waters and can struggle to use their senses correctly.

The young shells of Dungeness crab larvae corroded by the acidification, which could weaken their ability to deter predators and regulating buoyancy in the water, the researchers said.

The crab larvae with the sign of dissolving shells are smaller than the other larvae. It also causes developmental delays in crabs that could also mess with their maturation rate.

Crabs use tiny hair-like structures to navigate their environments that were damaged by the low pH levels. It was something scientists had never witnessed before while also didn’t expect to see. Crabs could move more slowly without these mechanoreceptors and have difficulty in swimming and searching for food.

See also  The Energy-efficient Benefits of a Remote Brokerage Model

“We found dissolution impacts to the crab larvae that were not expected to occur until much later in this century,” said Richard Feely, study co-author and NOAA senior scientist.

At this point, the question is whether the same forces could negatively impact adult Dungeness crabs. Finding answers to this requires more research. But the crisis a crab larvae faces during its early development, there is less chance to survive to adulthood.

NOAA proposes two methods to handle the acidifying ocean. First is to reduce our overall carbon footprint that less carbon dioxide gets absorbed by the sea and second to teach wildlife and the people who rely on it to adapt to the changes that will occur in the sea.

NOAA works with local fishery managers and policymakers on conservation efforts. The researchers expect that their findings might be sufficient to make them take immediate action.