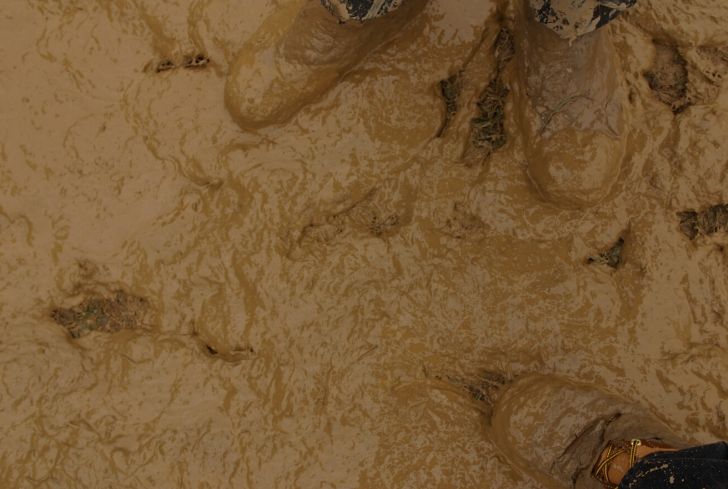 This is typically what sludge is, but in definition terms, sludge is that semi-solid slurry of waste or residue that accumulates at the bottom of treatment plants, mostly sewage treatment plants.

Sludge exists in a solid or semi-solid state and is a by-product of wastewater treatment, sewage treatment, water treatment, or on-site sanitation systems. Its production is either primary or secondary, meaning there is primary sludge and secondary sludge.

Primary sludge is generated from processes such as sedimentation, chemical precipitation or other primary processes.

Secondary sludge is waste biomass that results from biological treatment processes. It also includes any sludge that will accumulate if primary sludge undergoes additional industrial processes.

In terms of monetary value, sludge, also known as biosolids, is near-worthless, meaning companies that end up with the product have a hard time giving it away. Also, sludge from different plants contains widely different nutrient values and as such, not all sludge is effective everywhere.

In most cases, farmers are the end-users of sludge for agricultural purposes, but it can be challenging for them especially if they do not know what they are actually buying. Also, its effectiveness is challenged by high-end fertilizers as sludge is quite poor as a fertilizer. However, it contains fewer pollutants and is cheap, making it more commonly used among farmers.

The type of sludge mainly depends on its source, and also determines how it will be used, if at all it will be used. For instance, the sludge from water tanks has pretty much zero use. It has no agricultural benefit and neither can it be used for the production of electricity, heating or cooking.

Conversely, sludge from sewerage systems can be anaerobically treated to produce electricity and can also be used for agricultural purposes. Therefore, before using any type of sludge, it is imperative to consider its source, the pathogens present, and how it is treated and removed.

See also  Why to Use a Septic Tank at Home?

This is the sludge obtained from drinking water treatment plants or tanks. It is mostly disposed of in landfill sites as non-hazardous waste and does not require complex processes for treating the sludge.

It also contains basically no pathogens, and is therefore safe for disposal. The waste is however under controversy especially in Spain as it is unclear if drinking water sludge can be sent to inert landfill sites or if it could be used for other purposes.

It is the sludge collected from pit latrines, onsite sanitation systems or septic tanks. It contains within it human excreta, solid wastes, urine and water and any other material that could be disposed of in pit, vaults or tanks of sanitation systems.

Faecal sludge is usually transported using vacuum trucks to dedicated faecal sludge treatment plants. After the treatment process, the sludge can be used for irrigation, as a soil conditioner or for the production of biogas, biodiesel, charcoal or powdered industrial fuel and electricity.

This is the sludge that is obtained from warehouses, manufacturing premises industries and other businesses. It contains high amounts of heavy metals, pathogens and other chemicals, which can leach out if the sludge is not managed well.

The contaminants in the sludge can result in adverse effects on the environment and on humans as well. For this reason, it requires proper and cautious management before it is disposed of on land.

This is the sludge produced as a by-product of the treatment of industrial wastewater sludge or during sewage treatment. It contains both organic and inorganic materials, large amounts of plant nutrients, some pathogens, and small amounts of trace elements. It might also contain human waste and other consumer products.

As such, after treatment, the sludge can be used as fertilizer, for landscaping or horticulture. Its anaerobic treatment could also result in methane, used for cooking or heating at home. Sewage sludge incineration can also be done as it kills the pathogens, reduces the volume of the sludge and decomposes most organic chemicals.

But then again, it releases greenhouse gases and pollutants into the atmosphere. At the same time, it results in the production of inert and inorganic ash, which does not have a lot of uses or benefits.

Faecal sludge is a bit safe as it does not contains chemical inputs compared to industrial wastewater sludge. Because of this, they are preferred for use as fertilizers. In fact, about 80% of the 1.4m tonnes of sludge produced in the UK each year, is spread on fields as manure.

Sludge has been found to have properties such as bulking and water retention. The capacity of sludge to retain more water also helps in holding more soil. It is, for this reason, preferred for controlling the erosion of soil, especially in sloppy areas where soil erosion could be common.

Sludge will eventually dry off and become part of the land. This makes it excellent for landscaping instead of getting soil from other locations.

It contains nutrients that allow for the growth of plants and grass, and as a result, it can accelerate their growth. It can also accelerate reforestation if the location on which the sludge is deposited is used for such purposes.

4. Used as an Alternative Fuel Source in the Cement Industry

It is an attractive disposal method for sewage sludge. It is a practice that has been adopted in several European countries like Germany and Switzerland. Sewage sludge has a relatively high net calorific value of 10-20MJ/Kg and a lower carbon dioxide emission factor in comparison to coal in cement kilns.

5. Domestic Use for Heating and Cooking

Sludge treated using the anaerobic digestion method, can be beneficial to homes for heating and cooking purposes. Such sludge is held in storage without air and where the temperatures are between 20 and 55° C (68 and 131°F), for between 15 and 60 days.

This process will lead to the production of, among other gases, methane. The methane, carbon monoxide and hydrogen collected can be combusted or oxidized with oxygen. It means that the biogas released will be used as fuel for cooking and it can also be converted in a gas engine to produce electricity and heat.

It is usually the first step in treating sludge as it is not possible to handle thin sludge as it is a slurry of solids suspended in water. A tank called a gravity thickener does the job and reduces the volume of sludge to less than half. The thickened sludge is, therefore, easier to remove from any surface

It is a biological process where solids present in the sludge decompose into stable substances. The process also reduces the mass of the solids, dewaters the sludge and kills the pathogens present in it. It is, as a result, easier and safe to remove the sludge from any surface.

Sludge contains about 70% water, despite its solidified state. Dewatering occurs best in centrifuges, as all the water is retrieved and the solid waste is handled more easily, saving both time and money. Sludge-drying beds are most common with dewatering, but they are extremely time-consuming, consuming weeks before the process is completed.

It is the final process and after the sludge has been effectively dewatered, it can easily be removed and buried underground or used on land as fertilizer. If the sludge is too toxic to be buried or reused, it is incinerated and converted into ash.

The sludge that contains toxic industrial chemicals should not be spread on land for it will affect the land, crops and ultimately humans and the animals who consume such crops. The toxic chemicals often affect humans as a result of bio-accumulation and bio-magnification.

See also  21+ Awesome Reasons Why We Should Recycle More

It is another method of treating sludge and in this case, sludge is held in storage without air and where the temperatures are between 20 and 55° C (68 and 131°F), for between 15 and 60 days.

Anaerobic bacteria will feed on the sludge, producing methane and carbon dioxide. The methane can be used for cooking and heating at home. The process reduces odors, decreases viable pathogens and volatile solids, and conserves plant nutrients.

Sludge can come in massive volumes, especially if it is untreated or has a lot of water content. As such, it needs to be treated, to reduce its volume before disposal. Additionally, smaller sludge volumes, reduce the costs of pumping and storage.

Sludge from chemical treatment or wastewater treatment plants could contain chemicals and materials that will continue to react if disposed of in open air.

This is the reason it is treated to stabilize such chemicals so that they do not adversely affect the health of the plants, animals, and human beings within the area, or the general environment. Stabilized sludge smells less, has nutrients and microorganisms beneficial to plants and the soil and is more predictable.

3. Kill off the odor

Stabilized sludge does not have an offensive odor, as compared to untreated sludge, which is a nuisance and can cause health hazards. It is important to treat sludge before exposing it to the environment.

4. To Ensure it Can be Safely Used

Once sludge is treated, it can safely be used, as fertilizer or for controlling soil erosion, among other uses. If it is not treated, it can be hazardous, not only to those who touch it, but also the land upon which it is disposed as well as on any crop on such land.

Pathogens in sludge are numerous and include helminths, bacteria, protozoa, and viruses that cause diseases. Treating sludge, especially faecal sludge deactivates those pathogens in several ways.

If the sludge will be applied to crops, it requires more treatment to reduce the pathogens than if it is to be buried.

Sludge carries with it a lot of water. Dewatering is different from drying and dewatering sludge lowers its volume and weight, making it safer, easier and cheaper to manage.

Dewatered sludge attracts fewer rats, flies and other vectors and rarely smells. Pathogens in wet sludge will also infiltrate the ground a bit faster than if the sludge was dry, meaning they will leave the surface quite easily and quickly, reducing the risk of groundwater contamination.

7. The alternative (incineration and landfill disposal) are Not Environmentally Friendly

Sludge can also be disposed of in a landfill or incinerated. However, incineration is not environmentally friendly as it produces a lot of energy. For instance, 1kg of dried sludge contains 3,300 kcal of energy while 1kg of car tyres produces 8,300 kcal. Though it produces much less energy, it is still not an attractive option, especially for the environment.