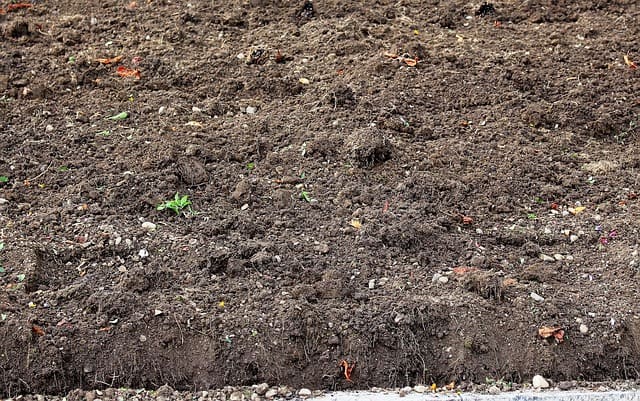 The foundation of any food system is the availability of healthy soil. Healthy soil is one which contains decomposed organic matter or compounds that are undergoing the process of decomposition to produce humus. Furthermore, such soil produces healthy crops that in turn provide nourishment for the well-being of consumers. Crops obtain their nutrients from both organic matter and minerals. The organic matter is essentially what is termed as humus – healthy soil component made up of animal and plant residues that decompose to nourish the plants or improve soil fertility.

Humus is hence considered the backbone of crop production as it has a major role in their growth. Most soils used for agriculture contains approximately two to ten percent of organic matter. And, even in such a small percentage, they are still very important. This means the soil is living and has a special ecosystem. A healthy soil, therefore, contains organisms that convert decaying matter, minerals, and dead matter into plant nutrients. The rate of biological activity or decomposition depends on the supply and type of organic matter.

Also, soil fertility is as a result of chemical activities and exchanges of nutrients between the soil, water, and the decomposed organic matter. As such, this not only defines the role of humus in the soil but also its benefits. Here are some of the extraordinary benefits of humus to improve soil fertility.

13 Reasons Why Humus is Important for Soil

Organic matter contains nutrients that are released after the breakdown by soil organisms. Studies indicate that two to three pounds of sulfur, 4.5 to 6.6 pounds of phosphorus oxide and 20 to 30 pounds of the macro-element nitrogen are released by every percent of organic matter found in the soil.

These elements released by the decomposed organic matter help in vegetative growth of a plant, amino acid production, support, anthocyanin formation, and chlorophyll production among other important functions that produce a healthy plant. Humus also supports the soil micro-organisms such as fungi, protozoa, bacteria, and algae among other species such as earthworms and insects that create a living component (soil ecosystem) which aid in the breaking down of nutrients.

The organisms break down the organic matter in the soil by ingesting and mixing them with the soil minerals the availing the nutrients to plants that are later consumed by primary consumers and up the food chain by humans.

For the soil to be healthy, it must have enough moisture. It must also have a good water retention capacity according to different crop requirements. Organic matter provides the soil with the capacity to retain water. It acts like a sponge and it has the capacity to hold water, approximately 90 percent of its own weight. Water being held by the organic matter is readily available to the crops when needed.

The universal loss of soil equation data indicates that an increase in the overall decomposed soil organic matter from a percentage of one to three reduces erosion by approximately 20 to 33 percent.

Humus increases water infiltration which in turn helps in preventing surface runoff. Moreover, soil with a high amount of humus has a stable soil aggregate which makes it hard for the particles to be eroded by agents of erosion such as wind and water.

Healthy soil is composed of minerals and nutrients required by the plant. However, due to adverse weather patterns among other factors, these nutrients and minerals can be leached to deeper depths where the crop roots may not reach, making them unavailable for soil use. But with the presence of decomposed organic matter, leaching is reduced.

The process of humification involves action by microbes which secrete a sticky and gum-like mucilage. This mucilage is important in the formation of the crumby structure or tilth of the soil. It adheres the soil particles together and improves the aeration of different soils. Likewise, it increases chelation – a process where excess nutrients are bound to the decomposed organic particles of the humus and in turn prevent them from being leached.

7. Have a buffering effect

Different crops grow in soils of different pH levels. In this regard, good and healthy soil is one which can provide the optimum pH for specific plant growth, which is only possible when there is adequate humus in the soil. What is more, soil microbes thrive best in optimal soil pH. Humus has a buffering effect on the soil and prevents too much acidity or too much basicity.

Studies have also established that soils with a high percentage of humus are able to moderate the level of pH which allows plants to grow under optimum conditions as changes in the pH lead to low crop yields.

The decomposition process of organic matter has a direct impact on the oxidation process of complex organic compounds such as the lignin-like humus. These compounds are broken down into simple sugars, amino sugars, aliphatic, and a type of acid referred to as phenolic.

These compounds are further broken down into microbial humus or biomass that are then transformed into humic assemblages after reorganization and further oxidation. The humic assemblages are the humic acid and the fulvic acids, which are crucial in binding to the metal hydroxides and minerals in the clay.

Humus has the ability to change the property of any given soil. Sandy soil, for instance, has poor water holding capacity, high drainage, and less soil microorganism and nutrients. Clay soil, a second example, has large aggregates that have good water holding capacity but with poor drainage and aeration.

Adding humus to sandy soil will increase its water holding capacity, increase nutrient concentration, and reduce leaching. Increasing the amount of humus in clay soil can help improve aeration, reduce water holding capacity, and increase nutrient content. Humus would also reduce the density of clay soils through the separation of its particles and allow air circulation as well as water permeation.

Further, the reduction of clay soil density can be done by mixing it with sandy soil. In fact, clay soil with a low amount of humus is virtually impenetrable due to its dense nature and if dry, it becomes difficult to work with it. Furthermore, the humus would also improve other soil aspects such as pH.

10. Increases Soil fertility and acts as a food to microorganisms

Fertile soil is a soil that contains all the required nutrients in proper proportion for maximum growth of plants. Such soil has a good structure, texture, profile, optimum levels of pH and temperature, and all the necessary microbes.

A soil that is fertile is regarded as healthy for plant growth but it’s only termed fertile if it has humus. Therefore, humus plays a major role in soil structure, drainage, and pH moderation among other important soil characteristics.

The colloidal nature of humus helps it to increase the soil’s cation exchange capacity. The exchange makes the soil capable of storing nutrients through a process called chelation. During rainy seasons, the cations can be easily leached but with the presence of humus, they are held in place.

Another important aspect of healthy soil is its ability to maintain optimum temperatures. The brown or black (dark) color of soil humus increases the retention of warm temperatures. Microbes also work better in warm soil and this means that the addition of humus would help in providing them with the warmth required.

The breakdown of soil organic matter into humus by the microorganisms using it as food through humification and mineralization provide nutrient for plant growth. Waste product and dead organisms are also broken down, providing nutrients for plant growth. After these plants are grown, they are fed on by animals and their remaining matter decomposes to form more nutrients for other plants.

This process is continuous whereby plants absorb nutrients to grow, they are eaten by animals, animals then deposit waste while some die, and they finally decompose to form nutrient. This cycle is the basis of healthy soil that can sustain crop growth and the survival of all animal species.