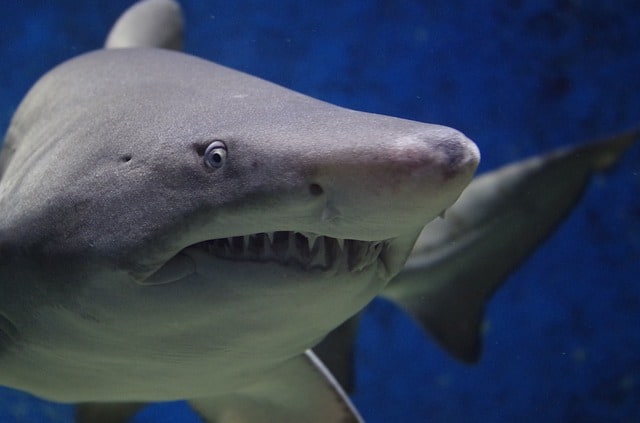 Keystone species are those whose presence and role in an ecosystem is paramount to the point that they have a disproportionate effect on other organisms within the system. Ironically, though they have a lasting effect on the ecosystem, they are the least in count. This makes their presence highly significant. Usually, keystone species are either dominant or apex predators whose presence keeps a balance in the ecosystem.

Conversely, removal of a species allows the thriving of the prey population which in turn decreases the biodiversity of the ecosystem and vice-versa. Most importantly, they help to determine the specific numbers of other species in the community. Nonetheless, there are keystone species that are not at all predators but still have a lot of impact on their community. This article will highlight examples of keystone species in their respective ecosystem along with their respective roles.

This fish is one of the largest in size in deep waters. It is an avid predator that feeds on fishes of all kinds making it the keystone species in deep waters. Sharks have been the regulators of life in the deep water ecosystem given that they feed on living fishes in water, the sick and the weak thus not only keeping the count of fishes manageable but also reducing the chances of diseases from the sick and dead fishes respectively.

There are a lot of fish species in the water and the level of fertilization ensures a very high population in the marine world. With limited seaweed and food reserves in water, they would grow extinct. It is for this reason that sharks are essential in marine ecosystems.

This is a mammal in the North Pacific Ocean, which feeds on sea urchins thus maintaining the coastal marine ecosystem. These sea urchins derive their food from kelp, which is seaweed. Kelp is the main source of food for living organisms such as snails, crabs, and geese in the ecosystem. It is for this reason that the sea otter is a keystone species.

Their presence regulates the presence of the sea urchins and thus, kelp is regulated for all organisms in the ecosystem. They help to keep enough kelp for other wildlife to feed on. Also, due to their ability to absorb carbon dioxide, the kelp aid in mitigating climatic change and also reduce erosion by reducing the speed of water at the coast.

However, if there were too many sea urchins and no sea otter to regulate their production, the kelp would reduce and thus with no food in the ecosystem, it would collapse. As a result, the sea otter protects the kelp forests by checking the local sea urchin population.

It becomes a keystone species in its ecosystem because it holds the balance of the prey and the predator. Its presence ensures thriving of the ecosystem whereas its extinction would subsequently lead to the end of the ecosystem.

The biggest mammal on land is also a keystone species. It is found in Africa. Its role is in its destructive force on trees and consumption of young saplings of the savannah grasslands. The savannah grasslands are home to a lot of grass-eating herbivores such as the zebras, buffaloes and antelopes.

The consumption of the saplings by the elephant ensures that the grassland remains the same rather than turn to woodland. It reduces the number of trees and increases the spaces occupied by grass and thus, ensure enough grazing lands for the myriad of herbivores present in the savannah.

Rodents such as hares and mice depend on grass and their count is also maintained. In the long run, the African elephant enables large predators to have a bountiful count of prey.

These are rodents found in the grasslands of North America. Like the snowshoe hare, they are prey to a lot of animals from eagles to wolves. As a result, they act as keystone species by keeping the number of predators constant as and not reducing its count due to reproduction thus a balance is stricken. The rodents are known for their expert burrowing, which make habitats for some of the predators such as the ferrets.

The starfish is a keystone species in the marine life. Like the shark, it also maintains the ecosystem in the deep waters. It is a predator that feeds on mussel. The mussel grows on the rocky terrain inside the water, therefore reducing the growth of other species that also depend on the rocky surfaces for establishment.

Accordingly, the presence of the starfish aids to control the amount of mussels in the water and also promotes the growth of other species on the rocky surface. Removal of the starfish in an experiment led to the subsequent increase in the mussel.

This was soon followed by competition for space with other species where the dominant and strong species out-grew the others on the rocky terrain. In about a year, the different species had reduced by half. Reintroduction of the starfish brought a balance in the ecosystem.

These wolves are found in the Greater Yellow Ecosystem and are the major keystone species. The ecosystem is vast including forests, mountains and meadows. It is home to a lot of prey with the most dominant being the elk, rabbit and birds. With the vast varieties of herbivores, there is a chance of competition for grazing lands which is where this wolf comes in.

It feeds on these preys and reduces competition thus regulating the amounting of grass in the ecosystem. Also, there are a wide variety of birds which the wolf feeds on and thus, also regulates its numbers. The Gray wolf has enabled continuation of the various endangered bird species of the ecosystem. Late into the 19th Century, the US government fearing for the population of elks and livestock, decided to take the wolf away from the ecosystem. The effects were disastrous.

There was over population of the elk leading to competition for food. Other organisms that depend on grass such as fish and beavers also faced extinction. Overpopulation brought about overgrazing and the land started eroding. The reintroduction of the wolves into the ecosystem brought back a balance.

These bears are keystone species for various reasons. For starters, they control the population of salmon in water. Rapid growth of these fishes would prove cumbersome to the existing population of seaweeds thus affecting the ecosystem. Unlike most carnivores, the grizzly bear favours this prey over herbivores and thus keeps life in the water ecosystem.

Also, the bear is known for its ‘gardening’. Unlike other carnivores, the bear takes its spoils deep into the forest to consume it. The carcasses of the fishes carried from the riverside end up rotting and fertilizing the soil thus supporting the growth of strong trees. In addition to this, they also feed on plant roots. As they dig up the roots, they aerate the soil and mix it up with humus generated from the fallen leaves and the carcasses left.

These are often referred to as keystone mutualists due to their mutual role. They are key agents of pollination and by doing so, aid in the growth and spread of certain plant species.

A single hummingbird can pollinate over a large area. This means that the disappearance of the bird would lead to a decline in the vegetation cover in the forest, followed by a subsequent end of some plant species which were specifically pollinated by the hummingbird. These birds protect the forests which provide a habitat for thousands of animal species.

This specific cactus grows in the desert. It is not only a keystone species but also a keystone host since it is a natural habitat for a myriad of species. It offers proper nesting surfaces for large birds such as hawks and smaller ones such as woodpeckers. All these possibilities are attributed to its well-shaped branches, which provide suitable nesting spots. Also, the fruits of the cactus tree serve as food for the birds during the drier parts of the year; serving as their only staple food.

Though a plant, the fig tree is a keystone species. It is a food resource for both the animals and birds. Its leaves are edible to animals but it is its fruits that are mostly sought after. These fruits, present in all seasons, provide food during the dry season when there is no food for the animals. As such, without the plant and no figs, then a number of birds and animals would disappear from the ecosystem.

These animals are hunted not only for their fur but also for their destructive force on the water ways. They are known to divert or block water ways, which is problematic for most people. However, it is because of the beaver dams that some fish species such as salmon have found suitable habitat. As keystone species, they alter the ecosystem and provide wetlands to areas that had no water reservoir. Such dams provide animals with proximity to drinking water in the forests thus enhancing wildlife.