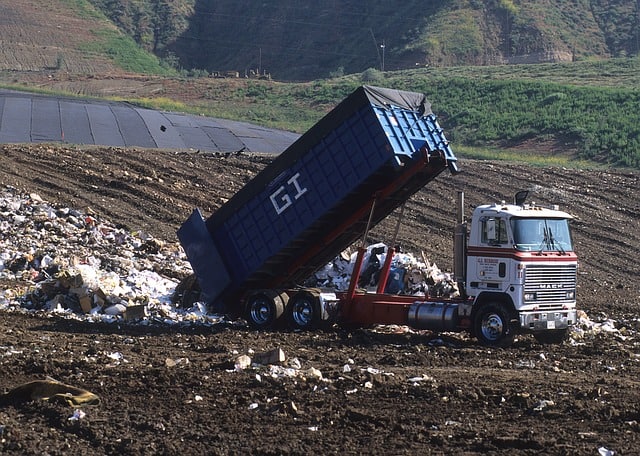 Littering implies careless and improper disposal of trash. It can be any rubbish carelessly thrown away, such as candy wrappers, plastic wrappers, plastic bottles, chewed gum, cigarette butt, and the list is endless. Littering can also be referred to as a thoughtless action done by an individual who is more self-centered – doing only what is convenient for him/herself without regard for the people around him or the environment.

The worry here is that careless disposal of trash is an eyesore as well as a gateway to problems with regards to hygiene and the environment. The meaning of this, therefore, is that littering is a huge public concern as it contributes to several negative implications. Here are the major effects associated with littering on humans, the environment, and even animals.

Littering is a crime, but they’re not enforcing the law. We need to educate the youths on why littering is bad and the effect litter has on neighborhoods

Catastrophic Effects of Littering on Humans

1. Clean up is Cumbersome and Eats on Taxpayers Money

Littering has a number of problems for humans. First, the littering creates a problem in logistics as someone has to clean the trash up after somebody carelessly drops it. Otherwise, the dirt sullies the region and serves as an eyesore.

Also, in dealing with the issue, municipalities often need to hire individuals to clean up the dirt. Municipalities achieve this by taxing citizens, meaning that even those who do not litter still have to pay the price for those who actually do it.

Litter carries germs that end up in various places, and as a result, it festers and forms a breeding ground for bacteria. The effect of this is the exposure of the germs to the general public, which can lead to outbreaks of diseases such as cholera and typhoid if the litter gets into water sources or carried by pets and birds into our homes. The resulting diseases can lead to deaths and poor general public health, devastating the entire city.

Litter can also cause injury or diseases by directly introducing pathogens to individuals. It happens in cases where the litter is glass or metal, such as rusty tins or contaminated glass/needles/blades. Rusty metals and dirty glass, for instance, can cut into the skin, causing infections such as tetanus.

3. Disruption of the Waterways

Litter can lead to the disruption of waterways. When plastics are dumped inappropriately, they follow the path of water after heavy rains and eventually end up in drainage pipes and sewer channels.

With time, the litter clogs up the sieves that lie along the pipes. The clogs then block the drainage pipes or water passages, which cause the pipes to burst.

Littering creates conducive environments for pests such as dead insects and rats to breed. The pests themselves tend to be vectors for diseases, while in other cases, the pests attract other animals such as snakes that are even more harmful to human lives.

An example is the king cobra, which is an extremely venomous snake that feeds on the non-venomous rat snake, which feeds on rats that are attracted to the filth of litter.

It is also worth noting that litter breeds litter. Once litter begins to collect in a place, people tend to begin throwing their own litter at the same dump.

Such selfish behavior and disregard for hygiene lead to more litter collecting on the spot, and as a result, it compounds the problem. With time, it makes the problems mentioned above worse, and most of all, it makes the clean-up process much harder.

The litter remains in landfills and clogs sewers and drains, streets, rivers and fields. The World Wide Fund for Nature reported every year, 1.5 million tonnes of plastic are used to bottle water-raising concerns for the environment from so many discarded bottles.

7. Litter can Cause Accidental Harm

Accidents can result when vehicles come in contact with litter or drivers to try to avoid litter on the road. Young children fall on litter in playgrounds and can get injured.

Sharp objects, toxic chemicals, and other discarded objects can cause physical harm to humans. Pathogens in the litter can lead to an epidemic.

Large debris, such as derelict fishing nets and lines that float at or just below the surface, pose the greatest threat to vessel navigation. Lines and nets can get wrapped around propellers and entrained in intakes of motors, and vessels may strike large items, damaging hulls and propellers.

In most instances, they are able to free themselves. In rare instances, such entanglement has resulted in injury and even death.

Harmful Effects of Littering on Animals

Littering introduces both noxious biodegradable and non-biodegradable waste into the environment. Animals that roam around the regions of such dumpsites tend to feed on the materials, such as food wrappers, and ingest them. The same can happen when the trash finds its way into the water that the animals drink.

This can lead to the poisoning of the animals by the chemicals within the wastes. Birds and pets are particularly at high risk if they eat from the trash. The result is the poor health conditions of the animals or even death due to poisoning or obstruction in their digestive systems.

Non-biodegradable trash traps animals as they can become ensnared and wounded as they struggle to get themselves loose. The trash such as beer can ring, and wrongly discarded plastic items such as nets and ropes can entangle the limbs of the animals, sometimes even going around the animal’s necks and causing death because of asphyxiation.

Often creatures are found cutting themselves on sharp objects thrown away by humans or getting stuck in discarded gum.

If such trash finds a way into water bodies, it can also lead to death via drowning or suffocation due to the animal’s inability to get away from water in the case of terrestrial animals or suffocation for aquatic animals as the plastics hinder the animal’s ability to move within the water.

Non-biodegradable trash has an adverse effect on animals because it can cause problems if ingested. The animals become unable to digest the materials, and they end up clogging the digestive tracts causing painful and slow deaths.

Aquatic animals are mostly affected as they feed on smaller microscopic foods such as krill, which means they have to swallow large amounts of seawater, which sometimes contains indigestible plastics or metals. Victims include whales and sea birds, among other large aquatic fish and sea mammals.

Just like humans, animals are susceptible to microbial attacks. Litter provides the disease vectors breeding grounds to hide and multiply. In the long-run, it leads to outburst in their numbers, thereby spreading diseases to the animals. Vectors such as mosquitoes are known to transmit blood-borne diseases and tend to breed in stagnant water found in dumpsites.

When plastic litter drifts out to sea, aquatic animals like turtles or dolphins may ingest the plastic. Plastic marine litter adversely affects at least 267 species globally, including 86% of sea turtles, 44% of seabirds, and 43% of marine mammals.

The plastic creates health problems for the animals, including depleting their nutrients and blocking their stomachs and intestines. Animals cannot break down plastic in their digestive system and will usually die. Pieces of plastic can also get tangled around animals’ bodies or heads and cause injury or death.

Harmful Effects of Littering on Environment

Trash is an eyesore on the environment. Littering disrupts the aesthetic value of a region with waste. In other words, being in a littered area is very uncomfortable and unpleasant.

Consequently, littering takes away business and even tourism because people tend not to be in an area or city that is dirty. Ultimately, businesses in such regions suffer. The nature of people’s disgust with litter also means that the environment loses its economic value.

The hazardous chemicals that leach out of the litter, polluted water, gasoline and consumer waste can contaminate the soil. The soil absorbs the toxins that litter creates and affects plants and crops. The contaminants stunt plant growth, and the crops fail to thrive.

Animals living in the area then eat those crops or worms that live in the soil and may become sick. It also causes health issues in humans who consume either the crops or the animals feeding on infected agriculture.

See also  Sources, Uses and Effects of Methane Gas on Our Environment

Litter from consumer and commercial use in Earth’s water supply and runoff from litter into water bodies located nearby creates a toxic environment. The toxic water may kill off surrounding plant life on riverbanks and the bottom of a pond’s ecosystem.

The contaminated water, when ingested by fish and a variety of other animals, the toxins may cause blood clotting, seizures or serious medical issues that can even kill animals. Humans can also become sick, eating animals that have ingested compromised water.

The litter is often put on fire as an easy way to get rid of the litter, which can also lead to air pollution. The burning process can release significant volumes of toxic particulate matter and gases into the atmosphere. The pollutants can then cause respiratory problems and other health problems in humans and other living beings.

Littering can also pose a risk to the environment as it can facilitate a fire outbreak. Plastics and paper waste tend to be very flammable, and this means they can become easy to ignite, after which it spreads the fire to the rest of the surrounding environment.

Other items that are usually littered, such as cigarette stubs and lighted matchsticks, could also serve as the spark that would later ignite such fires.

Another starting point for the fires would be glass. Glass from bottles is usually shaped in a manner that focuses the ray of the sun. With suitable conditions and the sun striking glass in the right way, the glass could focus the sun’s rays into a single beam hot enough to ignite dried leaf or paper that would then start a fire.

The algae form a carpet-like layer on the surface of the water, which is hazardous to the marine life below it as it prevents oxygen from diffusing into the water. Some algae may also produce toxins that poison the aquatic animals leading to their deaths.

The environment is adversely affected by litter, especially if it is chemical in nature. In terrestrial environments, the litter can gather for a long time leading to slow seepage of contaminants such as heavy metals into the soil. This is particularly the case when electrical components such as cell phone batteries are not properly disposed of.

In aquatic environments, the problem could be even worse due to the sensitive nature of the environment. Pollutants from littering such as simple organic trash can disrupt the pH balance of the water, the nutrient content, and even temperature causing large ripple effects on the plant and animal ecosystem beneath.

Harmful Effects of Littering on Society

There are many irresponsible citizens in the society who tend to litter the streets and other public properties or even private properties of their neighbors. When other members protest against such littering, the guilty often deny or exhibit adamant behavior. Thus, tensions created between members of society and in extreme cases, it can also lead to violent clashes.