Pros and Cons of Wind Energy

Like solar energy, wind energy is the fastest-growing energy source in the world with the United States aiming to produce 20 percent of its electricity by wind power by 2030. There is no doubt from the fact that wind energy is going to reduce our reliance on fossil fuels like coal, oil, and gas in the coming decade, but to which extent can only be speculated in. It is a renewable and clean source of energy that doesn’t generate any greenhouse gases.

Wind doesn’t cost anything and therefore operational costs are close to zero once a turbine starts running. Research efforts in the field of technology are going on to address the challenges to make wind power cheaper and viable alternative for individuals and businesses to generate power. On the other hand, many governments offer tax incentives to create growth for the wind energy sector. 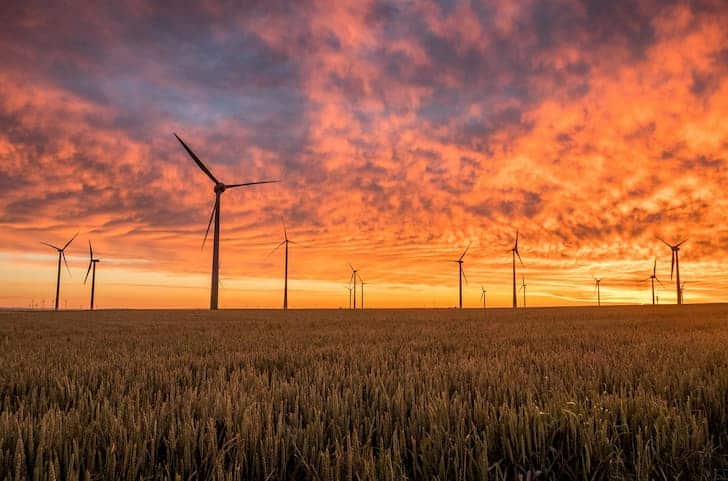 The fuel in the earth will be exhausted in a thousand or more years, and its mineral wealth, but man will find substitutes for these in the winds, the waves, the sun’s heat, and so forth.
~ John Burroughs

Learn more about the 35 facts about wind energy.

1. Wind Energy is a Clean Source of Power

The production of wind energy is “clean”. Unlike using coal or oil, creating energy from the wind doesn’t pollute the air or require any destructive chemicals. As a result, wind energy lessens our reliance on fossil fuels from outside nations as well, which helps our national economy and offers a variety of other benefits as well.

The wind is free. In the event that you live in a geological area that gets a lot of wind, it is ready and waiting. As a renewable asset, wind can never be drained like other regular, non-renewable assets. The expense of delivering wind energy has dropped fundamentally lately, and as it becomes more popular with the general population, it will just continue to be cheaper. You will recover the expense of obtaining and introducing your wind turbine over time.

Winds are caused by rotation of the earth, heating of the atmosphere by the sun, and earth’s surface irregularities. We can harness wind energy and use it to generate power as long as the sun shines and the wind blows.

Wind turbines can give energy to numerous homes. You don’t actually have to possess a wind turbine keeping in mind the end goal to harvest the profits; you can buy your power from a service organization that offers wind energy for a specific area. That means you don’t even necessarily have to invest any cash in order to reap the benefits of wind energy for your home or business.

Landholders who rent area to wind homesteads can make a considerable amount of additional cash, and wind energy likewise makes new employments in this developing engineering field. Government organizations will also pay you if they can install wind turbines on your land. Also, in some cases, the electric company may wind up owing to you.

If you produce more power than you require from wind power, it may go into the general electric matrix, which in turn will make you some extra cash. A win all around!

5. Use of Modern Technology

Wind turbines are considered by some to be incredibly attractive. The newest models don’t look like the clunky, rustic windmills of old. Instead, they are white, slick, and modern looking. That way, you don’t have to worry about them becoming an eyesore on your land.

Wind energy has seen enormous growth in the last decade. According to the U.S. Department of energy, cumulative wind power capacity increased by an average of 30% per year. Wind energy accounts for about 2.5% of the total worldwide electricity production. Wind turbines are available in various sizes which means a vast range of people and businesses can take advantage of it to produce power for their own use or sell it to the utility to reap some profits.

READ  10 Ways To Be a Better Environmental Steward in 2019

7. Wind Farms Can be Built on Existing Farms

Wind turbines can be installed on existing farms or agricultural land in rural areas where it can be a source of earning for the farmers as wind plant owners make payments to farmers for use of their land for electricity generation. It doesn’t occupy much space and farmers can continue to work on the land. 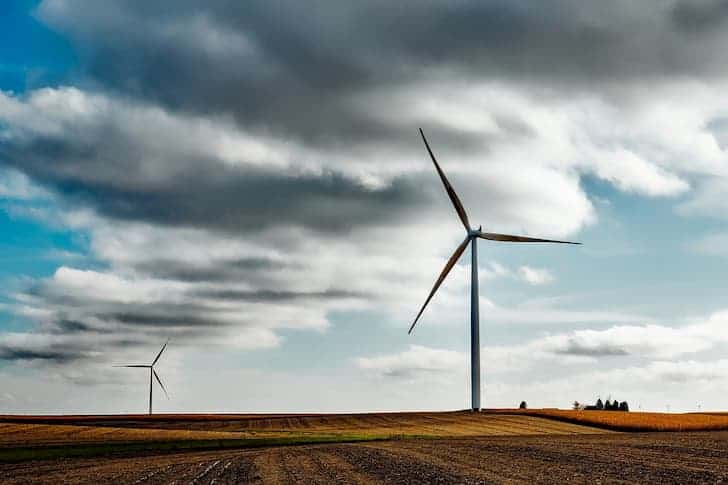 Wind doesn’t generally blow reliably, and turbines usually function at about 30% capacity or so. In the event that the weather is not going to support you, you may wind up without power (or at any rate you’ll need to depend on the electric company to take care of you during those times). Serious storms or high winds may cause harm to your wind turbine, particularly when they are struck by lightning.

2. Wind Turbines Could Be Threat to Wildlife

The edges of wind turbines can actually be unsafe for wildlife, especially birds and other flying creatures that may be in the area. There isn’t really a way to prevent this, but it’s definitely something that you want to make sure that you are aware of being possible consequences that may come up as a result of it.

3. Wind Turbines Could Lead to Noise and Visual Pollution

Wind turbines can be a total and complete pain to install and deal with on a regular basis. Wind turbines make a sound that can be between 50 and 60 decibels, and if you have to put it next to your home. Some individuals believe that wind turbines are ugly, so your neighbors may also complain about them.

While most people like how wind turbines look, few people like them but with NIMBY(“not in my backyard”) attitude, but for the rest, wind turbines remain unattractive as they have a concern that it may tarnish the beauty of landscapes.

READ  35 Interesting Facts About Wind Energy That Might Surprise You

4. Are Expensive to Set Up

Wind turbines and other supplies needed to make wind energy could be extremely costly in advance, and relying upon where you live, it might be hard to find someone to sell them to you and somebody who can maintain it over time.

5. Safety of People at Risk

Severe storms and high winds can cause damage to the blades of the wind turbines. The malfunctioned blade can be a safety hazard to the people working nearby. It may fall on them causing life term physical disability or death in certain cases.

6. Wind Power Can Be Harnessed at Certain Locations Only

Wind energy can only be harnessed at certain locations where the speed of the wind is high. Since they are mostly set up in remote areas, transmission lines have to be built to bring the power to the residential homes in the city which requires extra investment to set up the infrastructure.

7. Effect on the Environment

It obliges a ton of open area to set up wind turbines and chopping down trees kind of eliminates the whole green thing that you’re trying to do with them. Places that may be good for it may be difficult to get to and use. Consistency with city codes and mandates may be irksome when you are attempting to install a wind turbine. Sometimes, height confinements may keep you from installing one on your property as well.

Scroll back to top ← What are Different Types of Lighting Controls? ← Pros and Cons of Solar Energy
274 Shares
Copy link
CopyCopied