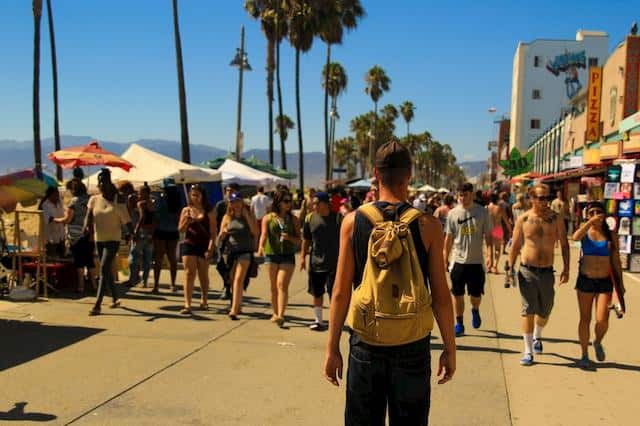 Tourism, in simple terms, is an activity that involves people visiting places of interest, both local and international, and exploring new different activities and experiences for leisure or business. Countries such as the Maldives, British Virgin Islands, China, and Seychelles including many others across the world, depend highly on the tourism sector as a source of income generation.

The global tourism sector is the largest industry, contributing up to USD 2.9 Trillion to GDP; with France, the USA, Spain, China, and Italy being the world’s top destinations. And on a global scale, tourism generates income as one of the fastest-growing industries for many countries. But in as much as mass international as well as local inbound tourism has numerous positive impacts on the environment, it also comes with its downsides.

Over time, tourism has brought about awareness in conservation, protection, and maintenance of exotic often near-extinct, fragile flora and fauna in the ecosystem.

Organizations such as The World Wildlife Fund, UN Environment Programme, and the Nature Conservancy have set strategies, policies as well as programs that steer ahead of the agenda of sustainable tourism. International and local tourists, as well as dwellers, are also becoming more and more aware of the value of preserving and maintaining the environment.

2. The adoption and implementation of regulatory measures

Through enacting regulatory measures to curb the potential negative aspects of tourism, the government has been able to offset a number of destructive environmental impacts.

Such measures include the control of the visiting number of tourists, identifying and limiting accessibility within protected areas, and setting up restrictive legislation directed at conserving the environment like carbon offset programs. With these policies upheld, it has become easier to uphold the vitality and the integrity of tourist sites and the protection of surrounding natural resources as well as ecosystems.

Improvement of roads, electrical grid systems, telecommunications as well as social amenities are some of the benefits that have been realized around communities within tourist destination sites. This brings about the improvement of standards of living, especially in remote areas; as well as improving on the landscape and aesthetic nature of an area.

Some international tourists seek to experience diversity in culture and a difference in the scenery as compared to theirs. This need brings about demand from the local dwellers to retain their culture as well as preserve their historical monuments as it becomes a tourist attraction.

Some of their cultural practices that have not been eroded by modern civilization link to the natural habitat of the area. Practices such as using herbs for medication, or linking certain wild animals with historical significance helps retain and preserve their ecosystem.

Despite the benefits that come with tourism as the fast-growing industry globally, it has left behind numerous poorly managed and uncontrolled negative impacts on the environment that warrant the need for ecotourism or sustainable tourism options.

Some of the negative impacts of unsustainable tourism practices that should be brought to the people’s attention include:

5. Degradation and loss of natural ecosystems and aesthetic landscape

Improper development of infrastructures such as extensive paving and sand and beach mining, unplanned construction of resorts, hotels, roads, airports, power plants, reservoirs, and waste disposal systems brought about as a result of tourist visits has led to congestion within areas that are fragile and sensitive like natural habitats for wildlife, wetlands, coral reefs, lakes, forests, minerals, oceans, fertile soils, and riverbed basins.

Encroachment into the natural habitat of plant and animal species to build hotels, roads, and beaches poses a great risk to the endangered species and often push wildlife to migrate in search of less congested areas or deeper into the forest that may have unfavorable breeding, preying, camouflaging, and feeding environments.

Besides pushing wildlife far interior into the wild, development projects most of the time affect the scenery and aesthetic nature of natural habitats, thereby destroying the quality that makes it a tourist attraction site in the first place.

Tourisms as a whole and some of the actions by tourists have over time adversely affected the destination areas through various kinds of environmental pollution including air, land, water, and soil. Some tourists, for example, will litter and leave behind garbage or waste like plastic wrappers and cigarette butts in the surrounding environment thereby causing land pollution, plastic pollution, and cigarette pollution respectively.

Water pollution due to recreational boating activities has equally been reported. According to estimates by Ocean Conservancy, for instance, records an estimate of 70,000 tons of wastewater produced per year from cruise ships in the Caribbean, which affects the natural habitat of marine life.

Sometimes, land degradation can also happen in the form of soil erosion as a result of creating nature trails and cutting of bushes and obtaining wood fuel to facilitate hiking and camping activities.

Tourism is also highly associated with noise pollution during festive seasons and events, and particularly due to high noise levels from cars, buses, airplanes, and recreational vehicles that can cause distress to wildlife and even alter wildlife’s natural activity patterns. And since tourism accounts for more than 60% of all air travel, it is equally responsible for a significant share of air pollution through travel air emissions.

7. Depletion of natural resources and putting a strain on the locally existing ones

When the number of tourists visiting an area over time surpasses the level to which the area can sustain; it subsequently leads to an overuse of the available local resources causing a strain on the environment. In most cases, tourism puts a strain on the already scarce local natural resources owing to over-consumption.

Food, fresh water, and power usage in hotels and resorts increase to a high capacity when tourist numbers increase, which also affects the access of local dwellers to such services or resources.

And on instances where marine tourists taking part in recreational fishing are not properly controlled, the outcome is the endangerment to some of the aquatic species – causing an imbalance in aquatic ecological functions.

8. Erosion of social and cultural norms aimed at preserving local and environmental heritages

International tourists come with diverse social-cultural behaviors that are often quite distinct from the usual ways of local dwellers. Tourism involves intermingling and exposure to new experiences, new practices, a dynamic way of living, new traditions, and new historical background for the locals.

As such, this has in some places influenced people to abandon their traditional practices, beliefs, norms, religion, and values for the newly acquired practices thereby eroding their ways of life.

Most of the traditional ways of life and beliefs in tourism locations like in Australia, Brazil, some African countries, and China, for example, the aboriginals often maintain a balance between nature and human activities by trying as much as possible not to harm nature – hence conserving biodiversity and natural ecosystems.

Their beliefs and values are that nature is life and that it provides them a direct link with their ancestors. With the introduction and influence of new or outside cultures, however, it may erode such practices that may ultimately lead to the degradation of natural ecosystems.

9. A contributor to global warming and climate change

Tourism is a key contributor to greenhouse gases emitted in the atmosphere, which have been scientifically proven to be the main reason for the increasing global temperatures and changing climates. This is simply because tourism entails the movement of people from their areas of residence to new destinations.

Environmental specialist attributes the ever-rising global temperatures to increased greenhouse emissions that trap the sun rays. One of the leading greenhouse gasses is carbon dioxide, mainly released into the atmosphere as a result of the combustion of natural gases and fossil fuels in the generation of electricity, in industries, in the powering of automobiles.

Tourism accounts for over 55% of traffic movement globally and for this reason, it contributes an estimated 3% of the total carbon dioxide emissions. As the number of tourists grows over the years, the level of emission will rise and climate change is also expected to worsen.

To sum up, environmental sustainability is an issue of utmost concern even when promoting tourism. From the discussions herein, it is correct to conclude that in regards to the environment, tourism has both advantages and probable threats that ought to be examined.

This calls for the need of practicing healthier and sustainable tourism practices, especially ecotourism. It desperately requires everyone’s involvement and initiative to always conserve and protect the environment when traveling or in a foreign land as it has been proven that it is possible to ensure a mutually beneficial co-existence between tourism and the surrounding ecosystems as well as natural resources.

Efficient management and proper planning with the aid of strict legislation and proper interpretation are also key to creating ecological awareness for both the local and visiting tourists.

Reducing Impact of Tourism by WWF