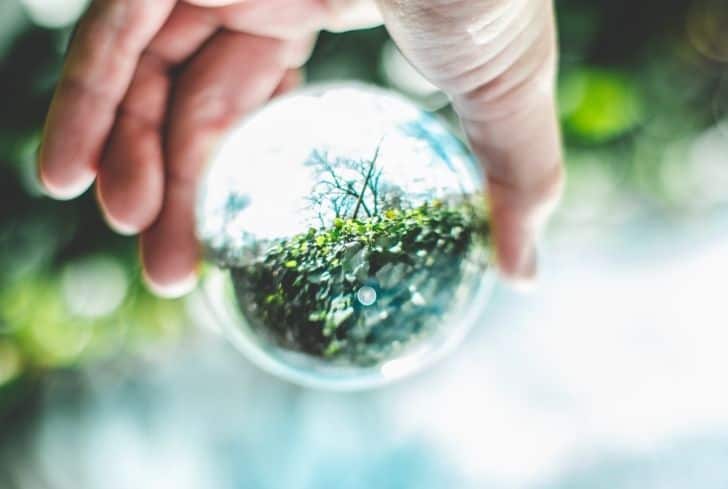 The environment can simply be understood as what surrounds us, including all living and non-living things. They are the surrounding conditions in which a human, animal or plant lives. For human beings, the environment includes all the water, plants, climate, geographical features, man-made structures, air, land, animals and even light, which surrounds us.

All these things and more can either be living or non-living but occur on earth or some part of the earth. All these components work as an integral system in different ways, mainly affected by human activity. The environment is full of wonderful, exciting and at times, surprising things, residents, and of course, facts. Here are 25+ interesting facts about the environment that might leave you amazed.

25+ Interesting Facts About the Environment

Fact 1: Cows ‘destroy’ the environment. Each cow can release between 200 and 400 pounds of methane gas through burps and farts each year. These levels are very high and are twenty-times more powerful than carbon dioxide gas.

It has actually led a French company called Valorex SAS to try and convince farmers to feed their cows with alfalfa and flax seeds, which resulted in 25% less methane gas released through flatulence.

Fact 2: The earth has a lot of water. About 71% of the planet’s surface constitutes water. The interesting this is that the amount of water is constant and is recycled throughout. It, therefore, means some of the water you drink today, at one point in the past may have passed through some of the extinct species or even a dinosaur!

Fact 3: Humans use only 1% of all available water. As already mentioned, about 71% of the earth is water. The oceans hold approximately 96.5% of all the water on earth, and the ice caps hold about 2%. The remaining exists in rivers, ponds, glaciers, ice caps, lakes, as water vapor and our taps, among other water bodies. Interestingly, only 1% of all that water can be used by human beings

Fact 5: Paper from trees can be recycled 6 times. Paper comes from trees and can be recycled a maximum of six times, after which, its fibres become too weak to hold together. It means if the daily run of any country’s popular magazine or newspaper was to be recycled, it could save about 75,000 trees.

Fact 7: The earth is killing humans. Humans are responsible for the toxic air, water, and soil, among other levels of pollution. In turn, over nine million people die every year as a direct or indirect result of the pollution. The figures are three times the total deaths from AIDs, malaria, and tuberculosis combined.

Fact 9: The earth is about 1 million years old, with more than 1 million species going extinct. The earth is a million years old, meaning some species have come up with others vanishing in that time. Mainly due to human activity, like destroying animal habitats, human development, illegal poaching and hunting, over 1 million species have gone extinct with thousands more on the verge of extinction.

Fact 11: Fungi play a highly vital role in the environment. Fungi do almost everything in managing the environment. They digest minerals out of rocks formations, consume fossil fuel spills, and even de-radiate an environment, for instance, the de-radiation of the Chernobyl nuclear accident disaster.

Fact 13: Elephants are unique humans! Elephants can be said to be unique humans. This is so because they are the only animals that have chins, have a sense of self, are empathetic, are curious, develop behavior through learning and mimicry, understand teamwork, grieve their loved ones, and are smart.

Fact 14: Bats are not blind! Contrary to what is known by many, bats are in fact not blind. There are over 1,200 bat species in the world, but none is recognized as blind. They just use echolocation in the dark to hunt, and at times, prefer using eyesight to sound when hunting.

See also  What is Wind Energy and How Does Wind Turbine Work?

Fact 16: Glass does not decompose easily and is categorized as one of the human-made longest-lasting materials. Glasses are everywhere, and we use them in our everyday lives just like plastics. However, a glass bottle may take up to 1 million years to decompose in the environment. This means that a glass manufactured and used 5000 years ago may still be present in the environment.

Fact 17: Plastic does not decompose easily either. Styrofoam and plastic bags take up to one thousand years to decompose. When they are thrown into the water, they contribute to the deaths of thousands of marine animals, let alone plastic pollution and contaminating the water and soil.

Fact 18: Greenhouse gases are good…sort of. The most common greenhouse gases are methane, water vapor, and carbon dioxide. Too much of them contribute to global warming – resulting in the melting of the ice caps, and a subsequent rise in sea levels among other damaging effects such as desertification, droughts, floods, forest fires, and heatwaves.

However, in adequate amounts, greenhouse gases trap heat in the earth’s atmosphere keeping it warm to support the survival of humans, animals, and plants. It means that without these gases, the planet would be too cold to support life.

The US also burns 10,000 gallons of gasoline per second, equal to 220,000 pounds of carbon dioxide. If the world lived like an average American, we would need five planets to acquire all the resources needed.

Fact 20: There exists a Garbage Island. The Great Pacific Garbage Patch is a twisting and turning vortex made up of trash and waste. It twice the size of continental America and contains about 100 million tons of garbage, it stretches from the West Coast of North America to Japan along the Pacific Ocean.

Fact 21: Beef is harmful to the environment. According to Gabriel (2020), red meat requires 28 times more land to yield as compared to pork or chicken. Cattle ranching contributes to deforestation and overgrazing turns one-fifth of all pastures and ranges into deserts.

Additionally, cow manure and urine, produces ammonia into the air, causing acid rain in areas with many cows. Beef is the most widely produced type of meat, and producing it requires transportation by trucks which also contribute to the addition of carbon dioxide in the environment.

Fact 22: Monte Kali and Kilimanjaro are actually named for a salt dumping tower over the town of Heringen, in Hesse, Germany. It is a salt dumping ground that has formed an actual mountain, poisoning the surrounding environment. The neighboring Werra River is saltier than the Baltic Sea.

Fact 23: The new rock is like a mountain heap made from melted plastic in Kamilo Beach, Hawaii. The effects of plastic will take long to be eradicated. Corcoran, Moore and Jazvac (2013) report of a new ‘stone’ formed after the intermingling of melted plastic, beach sediment, basaltic lava fragments and organic debris from the Kamilo Beach in Hawaii.

Fact 25: There are about 27 oil spills daily, somewhere in the world. The sad part about this is that about 5 million tons of all the oil produced every year, end up in the oceans, killing millions of marine animals.

Fact 27: Only less than 4% of American forests remain today. The majority have been cut down for building and fuel. Despite this, the world’s oldest trees are 4,600 years old and grow in the country.

Gabriel, M. (2020). How Beef Is Worse For The Environment Than Cars. The Fact Site. Retrieved from https://www.thefactsite.com/beef-vs-cars-environment/