Coal, a stratified sedimentary rock is an impure form of carbon and is usually black in color although sometimes brown. It has been formed from the remains of vast and dense forests of trees and plants which grew many millions of years ago and were eventually submerged under other sedimentary deposits. 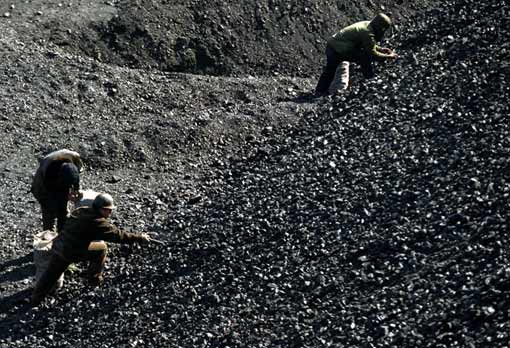 Let us see how coal was formed. Most of the coal we get today was formed in the carboniferous period which was almost 340,000,000 years ago. During this phase the land was sinking slowly and large areas of the earth’s surface were covered by great swamps and lakes with thick forests of quick-growing trees and plants like ferns and rushes. There were no summer and winters seasons and the climate was always warm, probably because the coal-bearing areas of Europe and America were then much near to the equator. The plants and trees grew up, withered and died afterwards sinking slowly down into the swampy water. They were disintegrated by the action of bacteria and slowly underwent the process of decay.

Over a period of time the decaying wood and other vegetable matter formed thick, water logged beds of a peaty nature. These were afterwards covered by layers of mud and sand deposited by the slow flowing watercourses of river deltas. Earth movements and quakes may have caused the sediment-laden waters to flow across the beds of decaying vegetation, or the watercourses may have silted up and burst their banks. The whole surface of the earth in the coal bearing areas was sinking slowly beneath the weight of the delta sediment. That is how the first seams, or layers, of what was to become coal were laid down and the process was repeated many times. As soon as the mud and sand had been built up close to water level, new swamp was formed.

Trees and plants once more grew up, partially rotted and fell down into the swamp, which later sank and was again covered in mud and sand. On rare occasions, either the sea level rose or the whole of the delta sank and was covered by the sea. This has been shown by the presence of remains of small sea animals often found above the coal. As millions of years went by, the process of turning the plants to coal which had been started by bacteria was completed by the heat coming up from the earth’s centre and by pressure of the mud and sand lying on top of the peat. As water and gases were squeezed out, the peat beds turned first to lignite, which is a soft, half formed coal, often brown in color, then into what is known as bituminous coal- the black kind most commonly in use- and finally into anthracite, which is the hardest kind of all and the nearest to pure carbon. 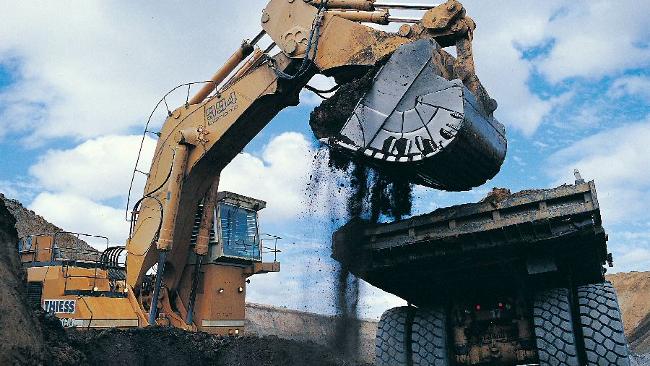 Coal is extracted from earth using two methods : Surface mining and underground mining. Both of them use big cranes to lift coal from beneath the earth. Further transportation of coal to thermal power stations is done with trains, trucks, ships or even pipelines. Surface mining is somewhat easier than underground mining. Most of the coal is available near the earth’s crust and rest of the coal is extracted by digging to almost 1000 feet deep.

1. Surface Mining : Surface mining is less expensive than underground mining and about 60% of the coal comes from it. It is done by using some giant machines to remove top soil and extracting hot black rocks underneath it. These huge coal blocks are found just below 200 meters underground. Once all the coal is extracted, the area is filled with soil and mud.

2. Underground Mining : In this type of mining, coal is extracted from several feet below the ground. Underground mining make use of elevators throu8gh which mining workers get down below and use machines to extract coal. Underground mining is considered to be dangerous as the miners may get trapped inside in case of any accident. Moreover, these coal mines produces some gases that may affect overall health of miners.

Nobody knows when coal was first used by man. England and Scotland took the lead in coal mining in the middle ages. Early in the 18th century, Thomas Newcomen invented steam pump and improved the steam engine. This steam pump was soon being employed in mills and factories too. This increased the need for coal. Hard coke which was made from coal by Abraham Darby was soon used for melting iron. This iron was used in making not only the steam engines but also other machinery. Coal, together with iron, made possible the great growth of industry in Britain after the middle of 18th century and soon in other countries, leading to what we call the industrial revolution.

See also  What are Various Fossil Fuels and it's Examples

2. Industrial Use : Coal is still used for producing coke. From the impurities obtained by burning coal, tar, ammonia, benzole etc. are formed which are used by different chemical industries to make fertilizers, disinfectants, drugs and many more.

Coal and It’s Impact to Environment 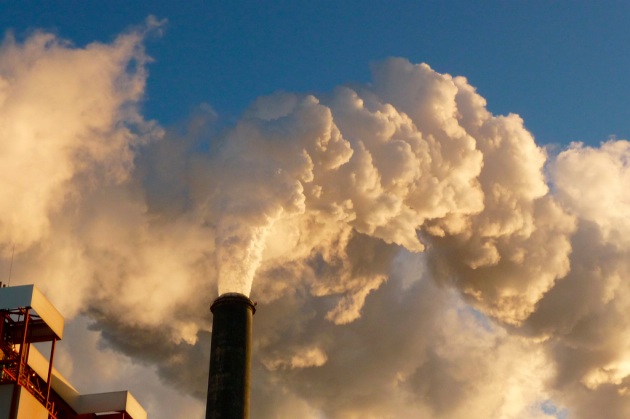 Coal is the most abundant fossil fuel available on earth. It has served mankind since several decades. From an environment point of view, it is most dangerous source of energy. Coal is mainly formed from carbon and hydrogen and small amount of sulfur and iron. When burnt, it releases some harmful gases that are not environment friendly. When carbon is releases by burning coal it gets mixed with oxygen and form carbon dioxide. Carbon dioxide is one the greenhouse gas solely responsible for global warming. The various other gases that are formed via coal combustion are:- Sulfur dioxide, Nitrogen oxides and ash. Apart from producing harmful gases, it also affects the ecological imbalance as large areas have to be mined for extracting coal. Acid rain and Smog are some of the environmental consequences that we all have being seeing for quite a long time.

Coal is mostly found on surface. The industries that are engaged in extracting coal, remove soil above coal deposits. Large scale coal extraction has changes the overall landscape. Rivers flowing down through these areas contains impurities like mixture of rock and dust. The pollutants in the river can affect aquatic animals. In addition to that, it also affects the lives of workers who work in these coal mines. The toxic gases releases by these mines affects health and mining accidents can result in loss of lives. Underground coal mining is a dangerous profession that can result in lung disease from the coal dust in mines.

The increase in global warming is directly related to increased use of coal for our day to day needs. While technology advancements have made it possible to capture several impurities before they are finally released into the atmosphere but wide scale extraction and usage of coal have so far affected the environment in a bad way.