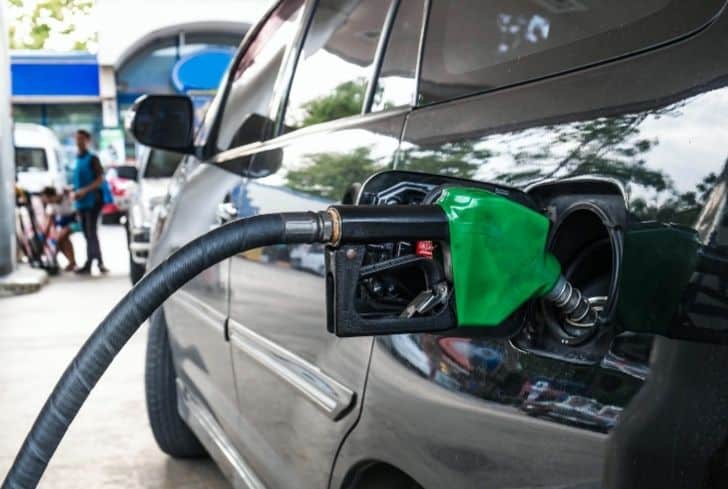 Biodiesel has helped several countries in reducing their dependence on foreign oil reserves as it is domestically produced and can be used in any diesel engine with little or no modification to the engine or the fuel system.

The biodiesel we use is 100 percent, it has no petroleum in it. It was already used in fryers throughout our local area. It’s already had one life and now it’s going to be used again, which is nice.

Biodiesel is a renewable energy source, unlike other petroleum products that will vanish in years to come. Since it is made from animal and vegetable fat, it can be produced on demand and also causes less pollution than petroleum diesel.

2. Can be Used in Existing Diesel Engines

One of the main advantages of using biodiesel is that it can be used in existing diesel engines with little or no modifications at all and can replace fossil fuels to become the most preferred primary transport energy source. Biodiesel can be used in 100% (B100) or blends with petroleum diesel. For e.g., B20 variant is a 20% blend of biodiesel with 80% diesel fuel. It improves engine lubrication and increases engine life since it is virtually sulfur-free.

Fossil fuels, when burnt, release greenhouse gases like carbon dioxide in the atmosphere that raises the temperature and causes global warming. To protect the environment from further heating up, many people have adopted the use of biofuels. Experts believe that using biodiesel instead of petroleum diesel can reduce greenhouse gases up to 78%.

Fossil fuels are limited and may not be able to fulfill our demand for coal, oil and natural gas after a certain period. Biodiesel can work as an alternative form of fuel and can reduce our dependence on foreign suppliers of oil as it is produced from domestic energy crops. It is produced in local refineries, which reduce the need to import expensive finished products from other countries.

When oil is extracted from underground, it has to be refined to run diesel engines. You can’t use it straight away in the crude form. When it is refined, it releases many chemical compounds, including benzene and butadiene, in the environment which are harmful to animals, plants and human life. Biofuel refineries, which mainly use vegetable and animal fat into biofuel, release less toxic chemicals, if spilled or released to the environment.

Flashpoint for biodiesel is higher than 150°C, whereas the same is about 52°C for petroleum diesel, which makes it less combustible. It is, therefore, safe to handle, store and transport.

Vehicles that run on biodiesel achieve a 30% fuel economy than petroleum-based diesel engines, which means it makes fewer trips to gas stations and runs more miles per gallon.

Biofuels are produced locally, and thousands of people are employed in the biofuel production plant. Since biodiesel is produced from crops, an increase in demand for biodiesel leads to a corresponding increase in demand for suitable biofuel crops. Moreover, it creates less emission by reducing the amount of suspended particles in the air. This reduces the cost of healthcare products.

With locally produced biofuels, many countries have reduced their dependence on fossil fuels. It may not solve all problems in one blow, but a nation can save billions by reducing their usage on foreign oil.

Air pollution causes more deaths and diseases than any other form of pollution. Pollutants from gasoline engines, when released in the air, form smog and make thousands of people sick every year—biodiesel produce less toxic pollutants than other petroleum products.

Since the carbon dioxide produced by the combustion of biodiesel is used up in growing the crops that are used to produce the biodiesel for the purpose of photosynthesis, so, the cycle is maintained. The probable pollutant is used up by what produces the fuel. This cycle, in turn, helps to save the earth from the jaws of global warming. All in all, air quality improves a lot by using biodiesels.

According to the National Laboratory reports, carbon dioxide emissions reduced by a staggering 74% when we shift from petroleum to biodiesel. Even the California Air Resources Board has reported quite similar figures. So, using biodiesel is actually more advantageous than you think! One fuel, and it solves three glaring problems( pollution, squandering and global warming) that are linked with the usage of fossil fuels.

12. Biodiesel Improves the Engine Operation of a Vehicle

It is very important that the engine of your vehicle runs smoothly for a long period of time. Biodiesel helps in achieving exactly that. It increases the cetane number of the fuel, and it also increases the fuel lubricity—both of these help in making the engine work more smoothly and also more effectively.

Although, you have to check on a couple of specifications of your automobile before you can shift to using biodiesel, it is completely worth everything. Nothing could possibly be better than a smoothly functioning engine.

13. Biodiesel is Undoubtedly a Safer Alternative to Fossil Fuels

It can be seen more clearly if the flashpoints of the two fuels are compared. For biodiesel, the flashpoint is approximately 130oC, whereas, for petroleum, it is only about 52oC, which is really very low. Thus, this makes petroleum way more dangerous and inflammable than biodiesel. It will, therefore, always remain a safer alternative than petroleum.

Energy crisis and energy politics are the two big things that have constantly threatened world peace. Although sometimes it is not taken as seriously as it should be, energy production and usage could very well become one of the major causes that lead to yet another world war. Biodiesel could possibly put an end to all these tensions.

If countries could start producing biodiesel indigenously, it would reduce the amount of oil being imported to or being exported from a country. This, in turn, could balance the country’s economy as well as it can reduce the geopolitical tensions.

1. Variation in Quality of Biodiesel

Biodiesel is made from a variety of biofuel crops. When the oil is extracted and converted to fuel using the chemical process, the result can vary in the ability to produce power. In short, not all biofuel crops are the same as the amount of vegetable oil may vary.

2. Not Suitable for Use in Low Temperatures

Biodiesel gels in cold weather, but the temperature that it will gel depends on the oil or fat that was used to make it. The best way to use biodiesel during the colder months is to blend it with winterized diesel fuel.

3. Biodiesel Could Harm the Rubber Houses of Some Engines

While the usage of biodiesel increases the efficiency of an engine, it can also considerably damage the rubber houses of some engines. So, before shifting to biodiesel, all these points must be considered.

See also  How Humans Are Saving the Environment in 2020

Since biofuels are made from animal and vegetable fat, more demand for these products may raise prices for these products and create a food crisis in some countries. For e.g., the production of biodiesel from corn may raise its demand, and it might become more expensive, which may deprive poor people of having it.

6. Increased use of Fertilizers

As more crops are grown to produce biofuels, more fertilizer is used, which can have a devastating effect on the environment. The excess use of fertilizers can also result in soil erosion and lead to land pollution.

Biodiesel cleans dirt from the engine. This proves to be an advantage of biofuels, but the problem is that this dirt gets collected in the fuel filter and clogs it.

Some regions are not suitable for oil-producing crops. The most productive crops can’t be produced anywhere, and they need to be transported to the plants, which increases the cost and amount of emission associated with production and transportation.

The use of water to produce more crops can put pressure on local water resources. The areas where there is water scarcity, production of crops to be used in the making of biofuels is not a wise idea.

Monoculture refers to the practice of producing the same crop over and over again rather than producing different crops. While this results in fetching the best price for the farmer, but it has some serious environmental drawbacks.

When the same crop is grown over large acres of land, the pest population may grow, and it may go beyond control. Without crop rotation, the nutrients of soil are not put back, which may result in soil erosion.

Biodiesel is not distributed as widely as petroleum diesel. The infrastructure still requires more boost so that it is adopted as the most preferred way to run engines.

12. Use of Petroleum Diesel to Produce Biodiesel

It requires much amount of energy to produce biodiesel fuel from soy crops as energy is needed for sowing, fertilizing and harvesting crops. Apart from that, raw material needs to be transported through trucks, which may consume some additional fuel. Some scientists believe that producing one gallon of biofuel needs energy equivalent to several gallons of petroleum fuel.

Biodiesel has about 10% higher Nitrogen Oxide (NOx) than other petroleum products. Nitrogen Oxide is one of the gases that is used in the formation of smog and Ozone. Once it gets dissolved in atmospheric moisture, it can cause acid rain.