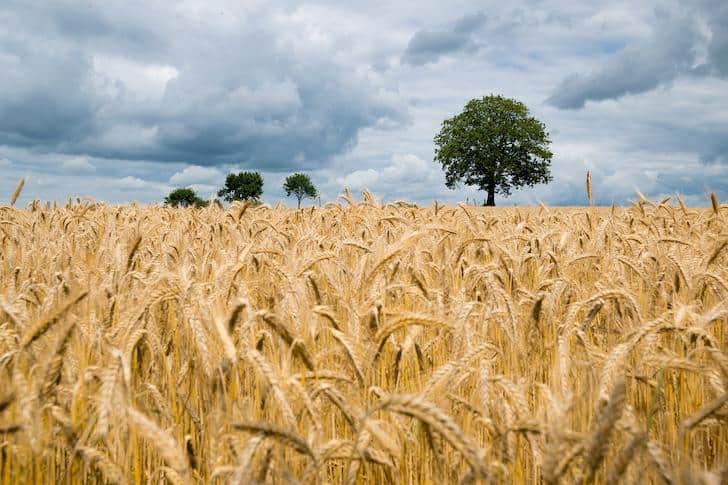 In agriculture, monoculture is the practice where a single crop, livestock species, or plant of one species that are genetically uniform at a time. It also entails a farming or agricultural production system that is practiced at a single time. It has been used in industrial farming and organic farming, allowing for increased efficiency in planting and harvesting, as well as lowering costs for farmers.

A great example is the growing of only corn or beans for the entire planting season. However, it also increases the risk of exposure to pests and diseases. Monoculture, in contemporary agricultural understanding, emphasizes crop specialization as it involves the growing of a single crop utilizing the majority or whole of the land.

Although the practice has allowed increased efficiency in planting and harvesting, it has been criticized for resulting in unsustainable environments. It has been linked to the build-up in disease pressures, reduced nutrients in the soil or soil degradation, and deforestation. Here are the advantages, disadvantages, and examples of Monoculture.

Monocultures are very simple farming and agricultural systems. It primarily involves soil preparation, irrigation and the input of chemicals where needed – all focused on the preferences of one particular plant species. As such, the fields are significantly specialized towards the maximum production of yields from the specific crop.

Treating pests and diseases is also made without considering the effects of the treatment on other plants as there are none. Also, during harvesting, monocultures provide uniformity as it is easy to collect the desirable parts of the plant through straightforward techniques, which would otherwise be destructive if the crop was sharing the same field with others.

For monoculture farming, each plant goes through the same standardized planting, maintenance, and harvesting process. It, therefore, results in higher yields and lower costs. For animals or livestock, they go through the same procedure of birth, development, and maturity. The process also results in lower costs on the part of the farmer as well as excellent yields when the animals become mature.

The plants specifically, use synthesized fertilizers, reducing the amount of additional land needed to produce food. The animals, at the same time, would require the same fertilization mechanisms.

4. It is efficient and more profitable to the farmer

When one distinct crop is grown at the same time, it means only one method of harvesting will be needed. It is efficient and more profitable for the farmer. Crops best-suited for a field can be planted against harsh climatic conditions like drought, winds, and short growing seasons, favoring the crop and thus having less impact on the yield. The form of agriculture is common for growing wheat, vegetables, barley or unique species of fruit in vast fields.

It also means there are no varieties in the plants to naturally provide nutrients to the soil that can improve the nutrient content of the soil. Also, it kills microorganisms and bacteria in the land, undermining its integrity.

2. Results in the use of harmful chemicals

With the nutrients in the soil eliminated, farmers have to introduce artificial products that could replicate the functions and nutrients lost like the introduction of large amounts of herbicides, fertilizers, bactericides, and insecticides.

These synthetic chemicals are used to prevent further damage to their crops by harmful insects, bacteria and weeds. Unfortunately, the chemicals leave traces in crops meant for human consumption, meaning they end up in the food chain and could result in serious health consequences due to bio-accumulation.

Even if the plant is harvested, the chemicals remain in the soil. Since they are inorganic, they cannot be processed by microorganisms in the soil into organic matter. They leach through the ground and eventually pollute groundwater supplies and altering ecosystems that may be great distances away from the location of use. In the long-run, the chemicals may kill, harm, or deplete the diversity and vibrancy of neighboring ecosystems.

The overuse of such inorganic chemicals forces organisms to evolve and develop resistances to artificial insecticides and herbicides. As more and more inorganic compounds continue to be poured into the soil, it continues to affect natural ecosystems detrimentally.

The use of chemical fertilizers in monoculture farming also destroys the soil’s health. When the crops are harvested, there remains no natural protection for the soil from erosion by wind or rain. Also, the topsoil does not become replenished, mainly because of erosions.

All of these combined further degrade the soil, making it unusable for agriculture. It might also lead some people to clearing forests to acquire new agricultural lands, starting the damaging cycle all over again.

6. Requires lots of water to irrigate

Since monoculture results in the topsoil cover being harvested all at the same time, the topsoil loses elements that could help it retain moisture. Contemporary monoculture agricultural practices, therefore, require vast amounts of water to irrigate the crops.

The water is pumped from rivers, lakes, and water reservoirs at high rates, depleting the aquatic resources. It also means the water resources will, in turn, be affected by the inorganic chemicals being pumped into the crops and soil by the farmers.

When selling the crops, sorting, packaging and transporting them requires a substantial amount of fossil fuel energy. The energy used, the chemical fertilizers and pesticides and other industrialized methods of producing such foods, play a considerable role in contributing to environmental pollution and climate change. It also continues to jeopardize the environment for future generations.

The most significant case of monocultural farming is in Ireland. In the 1840s, there was substantial farming of the ‘lumper,’ a variety of potato that was grown monoculturally. The lumpers were inexpensive food used to feed the Irish people. The potato variety was propagated vegetatively with no genetic variation.

Unfortunately, a potato blight known as the Phytophthora infestans arrived in the country from the Americas, the lumper was hardest hit. It had no resistance to the disease, and as a result, nearly all the potato crops in Ireland completely failed.

2. Cattle rearing in the US

Modern-day livestock production systems rely on a handful of highly specialized breeds. Monoculturally reared cows are at the risk of lacking desirable traits like fertility, vigor and resistance to diseases. Many of them end up dying as they do not have the genes that can prevent certain conditions.

See also  Can You Compost Juice Pulp? (And 9 Ways to Reuse it)

A single bull widely used in monocultural farming might be a carrier of a gene mutation that could cause diseases. Such an issue arose in 1990 in the United States, with approximately 600,000 out of 4 million Holstein cattle affected.

In forestry, monoculture relates to the planting of a unique species of trees. It provides more yields and more efficient harvesting. Monoculture stands of trees are planted and later harvested as a unit. It can be considered a risky venture because, for starters, there is no diversity in the sizes of the trees, where you would find mature and young trees together.

Secondly, since they are all the same size, they have limited openings and are therefore more prone to wildfires. It also puts all the trees at considerable risk of pathogen and insect attacks as well as adverse environmental conditions.

4. Banana farming in the US

Almost all of the bananas consumed in the United States in the 1950s were grown monoculturally. The farming was practiced as it was efficient, produced bananas with small seeds and those that were tastier. Unfortunately, the tiny seeds meant they were not suitable for planting, resulting in all-new bananas being grown from the cut suckers of another plant.

The asexual form of growing them resulted in bananas that were identical with a similar genetic makeup, leading to them lacking resistance to fungal diseases. By the 1960s, farmers had to switch to a different form of banana – cultivated in the same way as the former, meaning diseases could also attack them as their predecessors.

5. Cultivation of beans in Central America

Farmers, especially in Nicaragua, fell trees to make space for more land to cultivate beans. By destroying the forests, rains become inconsistent, then come extended periods of a dry spell – eventually affecting the quality and quantity of the produce.

The practice of corn farming for commercial purposes is very popular across various nations in the world including Brazil, in the U.S. states like South Dakota, Ohio, Lowa, and Nebraska, and in sub-Saharan African countries where Maize is grown as a staple food. Thousands of acres of land are often dedicated to the growth of corn in these regions.