There are 10 main different alternative sources of energy that are used in the world to generate power. While other sources are being discovered all the time, none of them has reached the stage where they can be used to provide the power to help modern life function.

All of these different sources of energy are used primarily to produce electricity. The world runs on a series of electrical reactions – whether you are talking about the car you are driving or the light you are turning on. All of these different sources of energy add to the store of electrical power that is then sent out to different locations via high powered lines.

Types of Sources of Energy

These can be broken down into renewable and non-renewable energy sources.

A renewable energy source is any natural resource that can replace it quickly and dependably. These energy sources are plentiful, sustainable, naturally replenished and good to the environment.

The major types or sources of renewable energy are:

A non-renewable energy source is a source with a limited supply that we can mine or extract from the earth, and it’ll eventually run out.

These are formed over thousands of years from the buried remains of ancient sea plants and animals that lived millions of years ago. Most of these energy sources are “dirty” fossil fuels, which are generally bad for the environment.

The major types or sources of non-renewable energy are:

Here is an overview of each of the different sources of energy that are in use and what’s the potential issue for each of them.

The primary source of energy is the sun. Solar power harvests the energy of the sun by using collector panels to create conditions that can then be turned into a kind of power. Large solar panel fields are often used in the desert to gather enough power to charge small substations, and many homes use solar systems to provide for hot water, cooling and supplement their electricity.

The issue with solar is that while there is plentiful amounts of sunlight available, only certain geographical ranges of the world get enough of the direct power of the sun for long enough to generate usable power from this source.

Its availability is also dependent on the change in seasons and weather when they may not always be used. It requires high initial investments for productive use as solar electricity storage technology has not reached its optimum potential yet.

Wind power is becoming more and more common. The new innovations that are allowing wind farms to appear are making them a more common sight. By using large turbines to take available wind as the power to turn, the turbine can then turn a generator to produce electricity.

It requires high investment, and wind speed is also not uniform every time, which affects the generation of power. While this seemed like an ideal solution to many, the reality of the wind farms is starting to reveal an unforeseen ecological impact that may not make it an ideal choice.

Geothermal energy is the energy that is produced from beneath the earth. It is clean, sustainable and environmentally friendly. High temperatures are produced continuously inside the earth’s crust by the slow delay of radioactive particles. Hot rocks present below the earth heats up the water that produces steam. The steam is then captured, which helps to move turbines. The rotating turbines then power the generators.

Geothermal energy can be used by a residential unit or on a large scale by an industrial application. It was used during ancient times for bathing and space heating. Geothermal plants typically have low emissions if they pump the steam and water they use back into the reservoir.

The biggest disadvantage of geothermal energy is that it can only be produced at selected sites throughout the world. The largest group of geothermal power plants in the world is located at The Geysers, a geothermal field in California, United States.

Another disadvantage is, where there are no underground reservoirs, creating geothermal plants may increase the risk of an earthquake in areas already considered geological hot spots.

Hydrogen is available with water (H2O) and is the most common element available on earth. Water contains two-thirds of hydrogen and can be found in combination with other elements.

Once it is separated, it can be used as a fuel for generating electricity. Hydrogen is a tremendous source of energy and can be used as a source of fuel to power ships, vehicles, homes, industries and rockets. It is completely renewable, can be produced on demand and does not leave any toxic emissions in the atmosphere.

Tidal energy uses the rise and fall of tides to convert the kinetic energy of incoming and outgoing tides into electrical energy. The generation of energy through tidal power is most prevalent in coastal areas. Tidal energy is one of the renewable sources of energy and produces large energy even when the tides are at low speed.

When there is an increased height of water levels in the ocean, tides are produced, which rush back and forth in the ocean. In order to capture sufficient power from the tidal energy potential, the altitude of high tide needs to be at least five meters (around 16 feet) greater than low tide.

Huge investment and limited availability of sites are a few of the drawbacks of tidal energy. The high civil construction and high power purchase tariff make the capital cost for tidal energy power plants very high.

Wave energy is produced from the waves that are produced in the oceans. As the ocean is ruled by the moon’s gravity, it makes harnessing its power an attractive option. Different techniques for transforming wave energy to electric power have been studied with dam-like structures or ocean floor–anchored devices on or just below the water’s surface.

Wave energy is renewable, environment friendly and causes no harm to the atmosphere. It can be harnessed along coastal regions of many countries and can help a country to reduce its dependence on foreign countries for fuel.

What many people are not aware of is that most of the cities and towns in the world rely on hydropower, and have for the past century. Every time you see a major dam, it is providing hydropower to an electrical station somewhere. The power of the water is used to turn generators to produce the electricity that is then used. It is non-polluting, entails no waste or produces toxic gases, and environment friendly.

The problems faced with hydropower right now have to do with the aging of the dams. Many of them need major restoration work to remain functional and safe, and that costs enormous sums of money. The drain on the world’s drinkable water supply is also causing issues as townships may wind up needing to consume the water that provides them power too.

Biomass energy is produced from organic material and is commonly used throughout the world. Chlorophyll present in plants captures the sun’s energy by converting carbon dioxide from the air and water from the ground into carbohydrates through the process of photosynthesis. When the plants are burned, the water and carbon dioxide are again released back into the atmosphere.

Biomass generally includes crops, plants, trees, yard clippings, wood chips and animal wastes. Biomass energy is used for heating and cooking in homes and as a fuel in industrial production.

However, the collection of fuel involved drudgery. This type of energy produces a large amount of carbon dioxide into the atmosphere. In the absence of sufficient ventilation, while cooking indoor, fuels such as dung cause air pollution, which is a serious health hazard. Moreover, unsustainable and inefficient use of biomass leads to the destruction of vegetation and hence degradation of the environment.

While nuclear power remains a great subject of debate as to how safe it is to use, and whether or not it is really energy efficient when you take into account the waste it produces – the fact is it remains one of the major renewable sources of energy available to the world.

The energy is created through a specific nuclear reaction, which is then collected and used to power generators. While almost every country has nuclear generators, there are moratoriums on their use or construction as scientists try to resolve safety and disposal issues for waste.

Nuclear energy is produced from uranium, a non-renewable energy source whose atoms are split (through a process called nuclear fission) to create heat and, eventually, electricity. Scientists think uranium was created billions of years ago when stars formed. Uranium is found throughout the earth’s crust, but most of it is too difficult or too expensive to mine and process into fuel for nuclear power plants.

In future, nuclear power will make use of fast neutron reactors by not only utilizing about 60 times the amount of energy from uranium but also unlocking the potential use of thorium, which is a more abundant element, as a fuel. Now some 1.5 million tonnes of depleted uranium seen as little more than a waste becomes a fuel resource.

In effect, as they operate, they will ‘renew’ their own fuel resource. The possible outcome is that the resource of fuel available for fast neutron reactors is so abundant that significant depletion of the fuel source is almost impossible under practical terms.

When most people talk about the different sources of energy, they list natural gas, coal and oil as the options – these are all considered to be just one source of energy from fossil fuels. Fossil fuels provide power for most of the world, primarily using coal and oil.

Oil is converted into many products, the most used of which is gasoline. Natural gas is starting to become more common but is used mostly for heating applications, although there are more and more natural gas-powered vehicles appearing on the streets.

The issue with fossil fuels is twofold. Getting to the fossil fuel and convert it to use, there has to be heavy destruction and pollution of the environment. The fossil fuel reserves are also limited, expecting to last only another 100 years given the basic rate of consumption.

It isn’t easy to determine which of these different sources of energy is best to use. All of them have their good and bad points. While advocates of each power type tout theirs as the best, the truth is that they are all flawed. What needs to happen is a concerted effort to change how we consume energy and to create a balance between which of these sources we draw from. 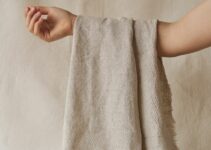 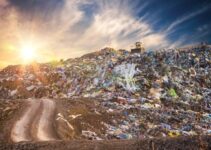 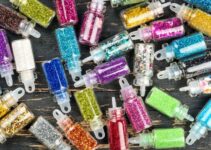 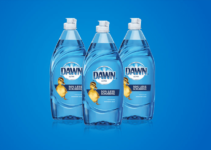