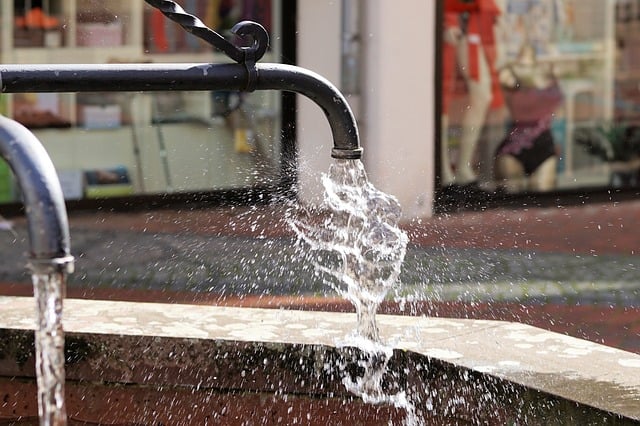 Over the last decade, there has been a lot of awareness on the various activities that can and will aid humans to conserve the environment. The primary concern has been the deterioration of the environment with the major causal agents being the various forms of pollution and the over-exploitation of natural resources.

There are specific habits that lead to wastage of water that we might not be aware of at home. Many at times, there is a lot of water wastage during showering as the water is left running even when one is not really in need of using the water. More water wastage is experienced when washing fruits and vegetables where a lot of water is left to run whereas minimal water may have been used.

Also, a simple activity such as brushing teeth also leads to water wastage. Keeping the tap open as an individual brushes their teeth leads to a lot of water wastage. It may seem minimal at the time, but in the long run, the water that is wasted is of a significant amount. In order to conserve the environment, tap water should be used optimally whereby there should be effective usage of water for specific tasks without leading to wastages.

2. Leaving the lights on

Many are the times that due to a rush to complete an activity or to heed a call, rooms are left with the lights on. And it may seem okay since it will only be a matter of seconds and you will make it back. However, those few minutes lead to the consumption of a significant amount of energy which is irreplaceable.

To avoid this, no matter how short the time one is to leave a room, people should practice switching off the light till when they are in need of light. In addition to this, one can place reminder notes on the wall near the switch to remind those occupying the rooms to save on electricity by switching off the lights.

The water needed should first be estimated by using a bowl or a jug before using an electric kettle. This will not only save electricity but also reduce the cost of bills. Similarly, electronic appliances should not be left overnight unless they function 24/7.

This is one of the easiest habits that people are accustomed to. By flushing every time one goes to the washroom, a lot of water is wasted. What is more, there are items such as napkins that are flushed down the toilet that are not dissolvable like tissue.

They lead to blockages and damage the waste drainage. Reduced flushing can be enhanced by use of pit latrines to avoid the in-house toilets. Also, deposition of un-dissolvable materials as well as unnecessary flushing should be dissuaded.

5. The use of antibacterial soap

Most households use antibacterial soap for showering as well as other cleaning activities such as laundry. It may seem mild but the use of this soap is a threat to the environs and its surroundings. It has been discovered that this soap contains a chemical that constitutes the composition of chloroform which finds its way in sewers and after treatment, ends up in rivers leading to pollution of the environment. In light of this, the use of organic soap should be encouraged.

It is way easier to just leave the laptop at sleep mode in order to just flip the lid and the laptop is back on. Nevertheless, energy experts beg to differ. It has been discovered that during the occasional standby modes people put on their laptops, there is considerable consumption of energy. As such, if the computer is no longer in use, rather than leaving it on standby, shutting it down is a better option in order to save the environment.

This is a regular practice that enables maintenance of hygiene using detergents and other washing products. These detergents are party to a number of chemicals, some of which are harmful to the environment. Waste water used during laundry is either directed to waterways or to the earth. The chemicals present in this water end up polluting the waterways, which leads to death of aquatic life.

To the soil, the chemicals end up corroding the soil nutrients rendering the soil infertile leading to soil degradation. These detergents have been seen to corrode skin as well as cause diseases such as cancer. Adoption of natural and organic laundry products would not only conserve the environment but it would also optimize the health of individuals.

8. The use of feminine hygiene products

It is normal and recommended for ladies to maintain proper hygiene. However, the use of hygiene products poses a threat not only to their health but to the environment. The use of sanitary pads is a great threat given that one sanitary pad is equivalent to four plastic bags.

To avoid such impact to the environment, the use of the menstrual cup comes in, which is reusable and can be washed. Also, there are tampons made from natural fiber which do not litter the environment.

Fish is a delicacy that most people enjoy. Eaten for its nutritional benefit, fish farming has been introduced to make the fish more available. However, it is not very safe to consume such fishes. Wild fish are accustomed to the eating of sea weeds, smaller fishes and other green matter in water.

See also  A Gardener’s Checklist for Energy Efficiency and Conservation

Farmed fish do not have that luxury given that they are farmed in an aquarium. They are fed on artificially made food which contains antibiotics as well as various chemical components. If not regulated, consumption of farmed fish can lead to ill-health.

10. The use of household cleaning products

Toxins from these products are washed into waterways and some integrate in the air, thereby harming the aquatic life that is dependent on water as well as the communities that are dependent on the waterways polluted. Also, with the air pollution caused, the ozone layer continues to get deformed leading to more global warming. To solve this, it is essential to go for natural and organic cleaning products that service just as well as other cleaning products.

With technology, there is a dynamic flow that ensures that better upgrades are realized to boost the older models as well as to keep up with competition. This poses a challenge to the users as they need to keep getting the newly upgraded models in order to keep up with the market trends and demand. This translates to too many gadgets in the house which are not in use leading to their disposal.

In most instances, the disposal of such gadgets is done poorly which intensifies the amount of waste in the compost. To avoid this, it is easier to upgrade the same tech gadget on a regular basis rather than getting a new one every now and then. Again, this saves on spending costs.