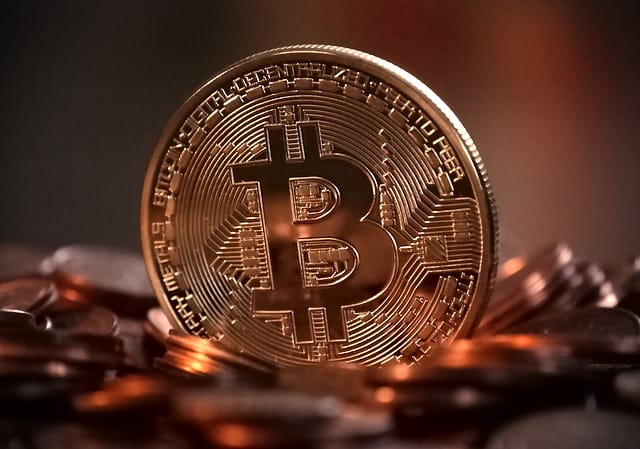 Bitcoin is a form of cryptocurrency. Cryptocurrencies are a kind of currency just like any other that serves as a means to facilitate trading. However, it is special in that it is not a physical currency and is not controlled by any centralized bank or government. It is based off of math to maintain itself. This fact helps maintain a user’s anonymity, making it enticing for those who desire to use it.

1. Bitcoin is made up of ledgers

Bitcoin works by keeping a check of everyone’s financial account tally in a ledger that everyone has access to. The currency to be traded is the number next to one’s account on the ledger (the bitcoin). When one wants to trade bitcoins, they announce their transaction to the whole bitcoin network stating who is receiving what and in turn stating who is losing what amount of bitcoins.

Everyone adjusts their ledgers accordingly to match the new information. Still, there comes a time when there are problems such as data connection issues and delays that can cause differences in the ledgers. The way that this is handled in bitcoin is by having individuals vote as to which ledger is the correct one.

2. It is maintained using math

This is done by having the individuals try to solve complex math problems that cost both computing and electrical power to solve. The cost of finding a solution ensures that one person cannot rig the system by overvoting and hijacking the ledgers ensuring that their ledger is the one that is adopted. It also ensures that the most used ledger is the one that ends up being used by the whole network because it is the one with the most probable likelihood of having solutions for its math problems being solved. In other words, because it is more common, it will be more likely to be used.

3. The transactions are maintained by a blockchain

4. It removes centralized banking and the need for trust

One of the chief reasons why bitcoin is so successful is that it can be maintained by anyone. Bitcoin ledgers are accessible to anyone with ability and interest and therefore the system as a whole is much decentralized. One can perform math functions to ensure that the bitcoin transactions are indeed correct and as such, the whole system does not depend on trust as it is with fiat currency. With the understanding of how it works, one can trade on a currency that is absolutely secure due to the formidability of the mathematical functions involved in the currency.

Where do the Bitcoins Come From?

Bitcoin currency comes from individuals solving the math problems that confirm ledgers. These individuals are colloquially known as miners. As stated above, bitcoin is maintained by any individual with the ability and desire to check the ledgers and ensure that they remain proper by working to add to the blockchain and authenticate the transactions using the public keys provided.

Miners would still need incentive to get this done. This is achieved by having the miners gain bitcoins for each problem they solve. By getting bitcoins for their service, there is incentive for individuals to maintain the bitcoin network, creating a positive loop of reinforcement, helping to maintain the network. The number of bitcoins one could earn for solving problems early on in the beginning of the system was high, but as the bitcoins increase in the system, the amount of currency one can earn gets smaller and smaller.

It is estimated that by 2140, there will be no more currency to mine. Owing to the mining process, the coin’s continued global acceptance, and the drive to engage in the digital currency; it has been cited to have the potential of causing tremendous environmental impacts.

Effect of Bitcoin Mining on the Environment

Between the beginning of the year 2017 and the end of the same year, the Bitcoin rate climbed from 1,000 dollars per coin to 15,000 dollars at the end of the year. This has served to increase the number of people who are attempting to mine bitcoins. Some statistics have put the rate at 30 terawatt hours (TWh) in the last year.

To put that into perspective, that accounts for 0.1% percent of the annual energy demand in America, enough to power 30 million homes. Also according to a study done by the University of Cambridge, it was found the energy as much as that of a Boeing 747 was used by one mine in China to generate bitcoins. This puts into stark display the amount of energy that bitcoin mining consumes.

While this energy demand is indeed steep, the problem also lies in the fact that the finished product does not in any way provide a means to alleviate the damage it causes the environment. The energy is particularly destructive when coupled with the other problem that it causes, for instance, massive heat production.

The math problems that the bitcoin mining machines need to solve have been getting harder and harder. Initially, a basic graphics card was enough to perform the math for bitcoin. However, as more and more coins were mined, the math got harder to solve. This spiked the difficulty for finding solutions beyond the threshold of normal computer processors and led to the need for the use of specialized high end processors. These high end processors produce a huge amount of heat.

The heat production is due to the amount of energy and mathematical functions that a processor must go through to solve the mathematical problems that allow for the creation of bitcoins. As an outcome, this heat escapes into the environment and as there continues to be growth in the industry of bitcoin mining, there is an assured increase of heat into the environment. It ultimately increases the heat production and as such, contributes to global warming.

3. The Use of Electricity From Non-renewable Sources

The problem is that energy production in these regions is not clean. A lot of energy in both China and Russia is primarily created through the burning of coal and other fossil fuels, which is what makes the energy cheap. These are countries that do not invest heavily in renewable energy such as hydroelectric and geothermal power stations that require great capital investments.

Accordingly, the challenge created is that the increased demand for energy in these countries also increases the amount of coal and fossil fuels they burn. It means that with more people joining the race to mine bitcoins, more greenhouse gases are being produced as a result of the energy production process, translating into a bigger problem for the environment.

Ultimately, the biggest challenge that bitcoin is posing is its increasing popularity. With the increasing value of bitcoin, there is increased interest in mining and an exasperation of the challenges stated above.