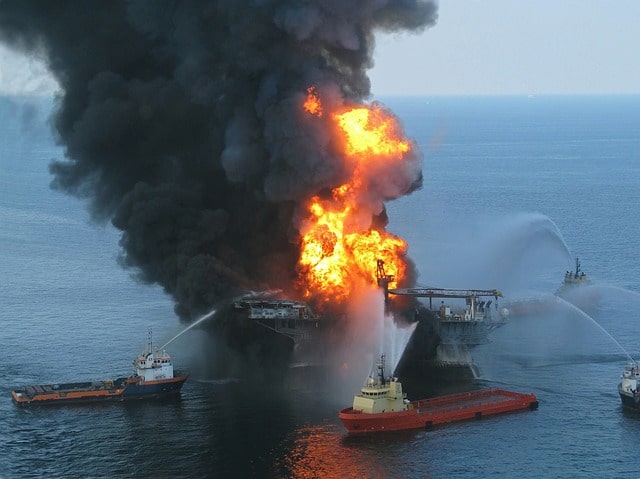 The need to save your oceans has become more urgent than ever before. Because many of you may not be regular ocean goers or seafarers, you may have little or no awareness on how vulnerable the oceanic side of the Earth’s ecosystem is right now. Starting right at home, it is the most neglected area of conservation right now. That being said, more urgent and active involvement is required from everyone, including you. It starts with you and continues all the way up to the most important legislatures of your respective governments. In the context of the USA, the buck stops right here.

It was former US President Harry Truman who coined that phrase before deciding to bomb Hiroshima and Nagasaki anyway. That scenario to end World War Two leads us to a very important and more recent scenario, also in Japan. Earthquakes and the subsequent tsunamis devastated part of Japan’s coastline. But the destruction of that nation’s nearby oceanic ecosystems was not caused by natural disasters. It was caused by man’s fixation with excessive energy consumption.

But the focus is on the Earth’s oceans. And who better than the Japanese to ask just how devastating the consequences have been so far in damaging and destroying marine life?

The oceans are massive and need to be protected from the various problems they are facing. Ocean acidification is among one of the major problems faced by our oceans. According to Wikipedia, Ocean acidification is the ongoing decrease in the pH of the Earth’s oceans, caused by the uptake of carbon dioxide (CO2) from the atmosphere. An estimated 30–40% of the carbon dioxide from human activity released into the atmosphere dissolves into oceans, rivers and lakes.

Below are 30+ ways that you can do at an individual level and make your change count.

1. Reduce the use of plastic – The more plastic you use, the more plastic ends up landing in the sea. Both marine and birdlife often mistake pieces of plastic for food and often end up choking after consuming it.

2. Clean up your local beaches – Start by spending time on your beach, picking up waste that’s lying about. Neglected, light-weight debris will be blown into the sea.

3. Reduce your consumption of energy – Drastic reductions will help reduce oceans’ temperatures. Current increases in temperatures are threatening marine life and starving it with scarce levels of oxygen.

4. Reduce your consumption of fuel – Doing this helps to reduce the harmful and toxic carbon influences. High levels of fuel consumption continue to contribute towards the increase of oceanic surface temperatures.

5. Educate yourself on the ocean’s ecosystems – Immerse yourself in literature, particularly on preserving the ecosystems of the oceans. The more knowledgeable you become, the more aware you will be on how your own consumption levels affect the oceanic environment.

6. Learn to love sea life – Through education; you will grow to appreciate ocean and marine life and take a more caring and careful approach to all things oceanic. Instead of mass consumption, you will become preoccupied with sustainable alternatives.

7. Reduce your consumption of fish – If everyone did this, depleted fish stocks would be given breathing space to grow again. Steer clear away from species that have already been labeled as threatened.

8. Do not keep fish as pets – This is about taking a more vigilant stance against keeping exotic species in captivity. Also, fish tank accoutrements continue to be sourced from fragile coastal ecosystems.

9. Care for the ocean while caring for your pets – Be discerning about the food products you buy for your animals. Healthier and more appropriate alternatives for consumption are now widely available.

10. Keep your water clean – Polluted water is channeled to the sea. Harmful raw sewerage ends up in vulnerable shore-line systems. When washing up, do not allow waste to filter through your sink.

11. Always act responsibly on the beach – Always be careful where you tread in shallow water so that you don’t harm tiny living organisms difficult to spot. Be respectful of the visible flora and fauna and do not tamper with it.

12. Always act responsibly on the ocean – Boaters must take not to toss garbage and waste fuel into the ocean. Fishing nets need to be carefully prepared to avoid scooping up by-catch.

13. Talk more seriously with your neighbors – The more active you are in conversation, the more aware others will become. Discuss matters of concern with your local grocer and encourage him to only stock sustainable and ocean-friendly products.

15. Always recycle – Non-recycled items, particularly plastic, end up reaching the ocean if you don’t do this. Do not be lazy and make full use of the recycling depots already located within your neighborhood.

16. Reduce your use of chemicals – Whether as cosmetics or cleaning products, the harmful chemicals included in them are extremely difficult to be removed from the Earth’s oceans.

18. Become a sustainable seafood shopper – Check product labels and eliminate products that have been labeled as threatened or endangered.

19. Do not buy products that harm the ocean’s living environment – These are usually in the form of ornaments.

20. Lend your support to organizations that are helping to save the oceans – Even if you are only contributing by way of donations, you are still making a difference.

21. Become an active member of a lifesaving NGO – This entails a more proactive and effective involvement from you.

23. Campaigns against global multinationals – These companies are guilty of over-fishing and producing products that harm the oceans’ environments.

24. Support your local fishing communities – The sustainable alternative is to buy fish from small-scale fishers only.

25. Move towards sustainable jobs away from the ocean – At the same time, alternative sources of employment need to be found for poor communities who have relied on fishing as a last resort.

26. Help develop innovative sea-fishing products – There are too many fishing implements being used that capture non-targeted species.

27. Campaign towards large-scale re-zoning of oceanic ecosystems – The wider the legislative scope, the better the chances of the oceans being able to revitalize itself.

See also  Are Packing Peanuts Recyclable? (And Are Biodegradable?)

28. Consuming products on the lowest levels of oceanic food chains – These stocks are generally abundant and are not endangered or threatened.

29. Campaign to save shark species – They form an important part of the oceanic food chain and must be preserved as a matter of priority.

31. Campaign to reduce or eliminate fuel subsidies – Multinationals involved in deep sea fishing and mass exploitation of all species are the biggest beneficiaries of such subsidies.

32. Be a responsible sailor – Use cleaning and maintenance products that are less harmful to the ocean . Dispose of your trash and recyclables properly and follow discharge regulations in your area.

This enlightening and exploratory article began with an important anecdote. Just bear in mind though, that this anecdote applies to all areas of the world where human life has impacted on the health of nearby oceans. It began by sounding the alarm as to why urgent action is required from all of us. The list is random, but began at the basic level, starting with things you can do to save your earth’s oceanic ecosystems at the domestic level. This extensive list moved on to more concrete plans of action, many that have already been put in place, and objective suggestions which may well prove to be successful. All it takes is implementation and the requisite motivation and compassion to effectively rescue the earth’s oceans.

Globally, whether in half-measures or more proactively, everyone is, by now, aware of the urgent need to save the Earth’s environment and its surviving ecosystems. The need to focus more on the earth’s oceans is emphasized in the sense that, in light of its vulnerability and the dangerous impact it will have on humankind, if neglected, priority needs to be placed on cleaning up the oceans. Closing this list on a positive note, notice at a glance that, already, there are a few basic things that you can already do as early as today.