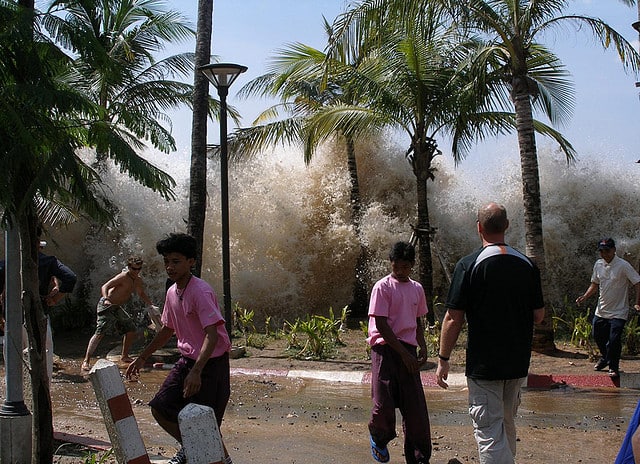 Over the course of time that the world has been here, there have been a variety of different natural disasters. Some of them have really made history, because of their devastating, long lasting effects.  The problem is that natural disasters are not over. They will continue to occur, and most of them occur with little to no warning.  Even if you do get some warning, you don’t know the epic proportions that it can reach. Here are a few of the worlds worst natural disasters that you may want to be aware of, because if history has proven anything it is that it can repeat itself. Be prepared for disaster, because you never know when it can strike. After all, you are sure to find that most of these disasters were not something that people thought would ever happen to them.

First, we will take a look at the Haiti Earthquake of 2010. This is one of the more recent natural disasters. It had a magnitude of 7.0, which is one of the strongest earthquakes the world has ever seen. It rocked Haiti, and left aftershocks that were felt by many. They had over 200,000 deaths, and millions were left homeless and in need of emergency assistance.

Hurricane Katrina was one of the most deadly earthquakes that hit the gulf coast in years. It was actually the 6th strongest earthquake that has ever hit in the United States. There was a lot of people that lost their lives, and there were also a lot of damages. In fact, there were over $81 billion in damages that had to be repaired after this hurricane. It left devastating effects.

Hurricane Andrew was another hurricane that hit the United States and really left its mark. It was considered to be the 5th worst hurricane to hit the US, ranking right there above Hurricane Katrina. It left massive destruction, causes a lot of deaths, and also had billions of dollars in property damages to be considered.

This was an earthquake that hit Japan in 2011, and it had a magnitude of 9.0. That makes it one of the strongest quakes to ever hit the country.  In fact, it is the strongest that was ever recorded in their history. This quake left millions dead, injured or missing, and it also destroyed a whole lot of buildings and even caused a disaster that could have lead to nuclear disaster. The tsunami waves as high as 23.6 m (77 ft) were triggered which touched Japan within minutes of the earthquake.

A powerful earthquake with magnitude of 9.0 hit coast of Sumatra on Dec. 26, 2004 Sunday at 00:58 UTC triggering tsunamis that swept through the coastal regions of a dozen countries bordering the Indian Ocean. It killed almost 225,000 – 275,000 people in 14 countries, with the hardest hit country being Indonesia, followed by Sri Lanka, India, and Thailand. It made waves as high as 30 meters (100 feet) and is said to be one of the deadliest disasters in recorded history

On July 28, 1976, a powerful earthquake  measuring 8.3 on the Richter scale struck an industrial city with approximately one million inhabitants of Tanshan, China. The massive earthquake caused death of thousands of people and caused irreparable damage to property and life. It is estimated that around 255,000 people lost their lives.

Cyclone Nargis hit Myanmar badly on May 2, 2008. The cyclone caused deaths of around 140,000 people and washed up densely populated areas around the Irrawaddy River delta in Myanmar. The damages were estimated to have cost around $10 billion and the second deadliest in recorded history after Typhoon Nina in 1975 .

The biggest earthquake struck China’s Sichuan province on May 12, 2008. The earthquake was measured at 7.9 on Richter scale and killed about 87,000 people. It left millions of people homeless. Thousands of them were buried under the rubble of crushed communities. Factories, schools, homes were collapsed and it took troops and rescue teams significant amount of effort to reach areas of southwestern China.

A massive earthquake measuring 6.6 on Richter scale according to the United States Geological Survey caused extensive damage in city of Bam and surrounding Kerman province in southeastern Iran. Approximately, 26000 people lost their lives and 30,000 left injured.

The Kashmir earthquake that occurred in 2005 had magnitude of 7.6. It is estimated that about 80,000 people were killed in northwestern Pakistan and Kashmir. The tremors were also felt in the nearby countries of Tajikistan, Afghanistan, western China, and also the Indian-administered Kashmir, where around 1,400 people died.

As you can see, there are definitely a variety of different natural disasters that have really made an impact on our world. You don’t see disasters of epic proportions occur too often, but it seems that the more the world goes round the more disaster strikes. It is always important to be prepared, or as prepared as you can possibly be. After all, you don’t want to find yourself a victim of natural disaster without the ability to be able to care for yourself. Stay prepared, and always be alert so that you can figure out what type of disasters may be on their way so that you can bunker down and stay safe.

See also  What is an Earthquake: Types, Causes and Effects