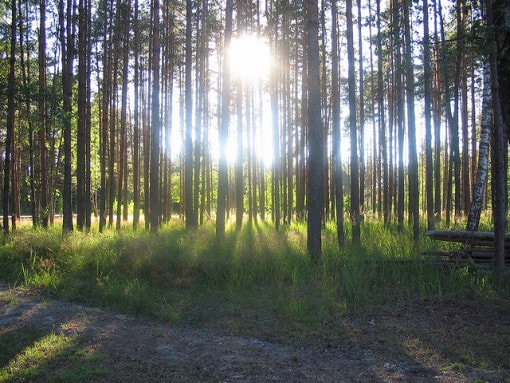 There are certain requirements that every living being – whether plant or animal – need to survive. One of the main basic building blocks of life is oxygen, and it is essential in many of the processes that keep the Earth operating as we know it. It is an important element to life on Earth.

Oxygen is everywhere, but at its most basic, it is an element in the form of gas that makes up the Earth’s atmosphere and natural formations. Some of the basic facts about oxygen are:

What is the Oxygen Cycle?

Nothing on the Earth ever really stops moving, from the processes within your body to the tiniest elements that make up matter as we know it. Oxygen is constantly being created and used by different processes on our planet. Oxygen is the same, and the oxygen cycle is how this element moves between the areas of the earth, namely:

The oxygen cycle is interconnected with the carbon cycle. Plants use sunlight and carbon dioxide to produce oxygen through the process of photosynthesis. They are the main creators of the oxygen in the atmosphere. This means that plants “breathe” in carbon dioxide and “breathe” out oxygen. We human beings take in that oxygen which we used to break carbohydrates down into energy in a process called respiration.

Over millions of years, oxygen has become an integral part of our rocks and land. When water runs over rocks, oxygen enters water. Oxygen in water is known as dissolved oxygen or DO and it is this dissolved oxygen that supports aquatic life. The animals in the water use oxygen to metabolize or break down organic matter. This is yet another form of oxygen cycle where organisms are constantly using up oxygen in the water and oxygen is constantly reentering the water from the air.

Oxygen is also crucial in parts of the Earth known as the hydrosphere, which is where any areas of water can be found, both above the ground and under the Earth’s surface.

What is Diatomic Oxygen?

You may say you need “oxygen” to breathe, but actually what you take into your lungs is called diatomic oxygen. Quite simply, this is made of two (“di”) atoms of oxygen that combine. Represented as O2, this combo makes up over twenty percent of the Earth’s atmosphere. When you breathe back out, you are releasing carbon dioxide (CO2) – two oxide atoms mixed with carbon.

How Does Oxygen Cycle Through the Earth’s Components?

For a cursory understanding of the global process of oxygen cycling, a potential track may go like this:

Therefore, the oxygen cycle process can be simplified as the Earth’s way of creating, using, and replenishing one of the basic building blocks of life.

Where Does Oxygen Come From?

While we may take it for granted as a naturally occurring resource, oxygen comes from these places and processes:

It is believed that the Earth’s atmosphere originally became oxygenated through an interaction of water vapor and radiation from UV rays. However, as life continues to grow, the levels of oxygen in the earth have to be consistently replenished.

What are Oxygen Reservoirs?

Oxygen reservoirs are literally places where oxygen is stored far below the earth in the forms of different minerals. While it is estimated that this makes up about 99.5% of the world’s oxygen reservoir, little of this ever actually gets released as usable for living creatures or for atmospheric makeup.

What is the Process of Photosynthesis?

Most of the usable oxygen on the Earth comes form photosynthesis. This process is how plants take in energy from the sun to use to stimulate activity within the plant. However, once the plant has finished using this energy, it typically releases the byproducts back into the atmosphere. This most often comes in the form of oxygen, which is how the Earth’s levels of oxygen can constantly be replenished.

However, one of the concerns with deforestation of some of the world’s greatest green resources is that by removing plants, the process of photosynthesis does not introduce oxygen back into the atmosphere, hence reducing air quality and causing a number of other problems.

What is the Process of Photolysis?

This is the process of creating oxygen in the atmosphere when UV radiation breaks down atmospheric compounds into their single elements. Since this is made of Hydrogen, Nitrogen, and diatomic oxygen (O2), the Hydrogen and Nitrogen break apart leaving the two combined oxygen atoms, thereby adding more usable O2.

It is believed that this contributed to the fact that the Earth’s atmospheric contains the elements required to produce and sustain organic life.

How do death and decomposition contribute to more oxygen levels?

When things die and are returned to the earth, the eventual break down of their bodies releases vital nutrients back into the earth, stimulating growth and regenerating land areas.

Processes That Use Oxygen

The reason that the earth must keep replenishing its oxygen levels is that because it facilitates so many processes within living creatures, it often gets used up. The main way oxygen gets used up is:

1. Respiration: when you breathe in air, you are releasing it as CO2 rather than back out as oxygen. The process of photosynthesis and other naturally occurring processes help to break this back down into breathable diatomic oxygen.

2. Decomposition: While the decomposition of organic matter can lead to more oxygen being reduced, this process also requires a lot of oxygen in order to happen, and so becomes an essential cyclical component of how oxygen gets replenished.

3. Oxidization: You probably know this process by its more common name: rust. When oxygen combines with certain metals, it gets used up in the process of rusting. This is why metallic items left in areas that are exposed to moisture (hydrogen and oxygen) are more prone to being covered in rust. However, this process uses up oxygen without replacing it back into the atmosphere.

4. Combustion: One of the other ways that oxygen gets used up is through the process of combustion – or fire. This is why people say not to fan a fire, and to roll on the ground if you are on fire. Smothering the flames from accessing oxygen means that they can’t exist.

However, every fire from the candle on your dinner table to a raging forest fire in the country contributes to using up more of the earth’s available oxygen.