What is Earth Hour?

Earth Hour is all about spreading the awareness of environmental issues in our global and local communities. It is a annual global event organized by WWF (World Wild Fund for Nature) encouraging individuals, communities, corporates, and households to turn off their lights to show support for fight against climate change and commitment towards better planet. Every year on the last Saturday of the month of March from 8:30 p.m. to 9:30 p.m., millions across the world choose to turn off their lights for one hour to celebrate their commitment to the planet. Earth hour 2015 will be on Saturday, March 28, from 8:30 p.m. to 9:30 p.m..

Earth Hour has its origins in Australia, when back in 2008 a movement started to turn off all the lights in order to save energy and promote awareness about environmental issues. As the years went on, its popularity grew and Earth Hour became a global phenomenon. Because of the overwhelming success of Earth Hour, WWF has now become a worldwide sponsor and is moving to increase more awareness through crowd funding initiatives. Crowd funding invites environmentally aware individuals to donate in order to raise funds to do other environmental work across the planet. Some of these initiatives include:

These initiatives and many more have become the first step for advocates who are actively involved in Earth Hour.

Similar to Earth hour is Earth Day that has its own significance. 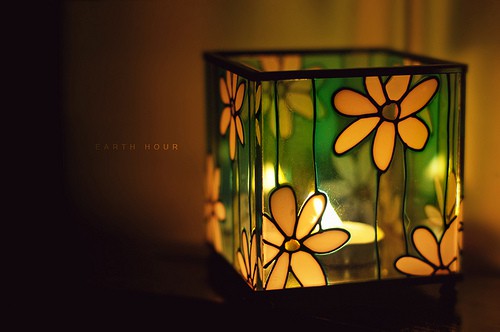 Earth hour has become an important staple of environmental awareness and consciousness. Reducing your carbon footprint, both in your personal life and in the workplace, is essential in order to create a robust and environmentally safe world. Preserving the natural heritage of our planet is what Earth Hour is all about.

By becoming environmentally conscious through Earth Hour, many companies and individuals have made incredible changes to their lifestyles in order to support the need for change. Because we waste a lot of fuel, electricity and produce a lot of waste, sometimes the message for a cleaner world falls upon deaf ears. However, through its years of progression, Earth Hour has helped millions across the world become environmentally conscious and produced noticeable change.

Why is Earth Hour so Important

The consumption of fossil fuels at a rapid pace in last few decades has taken toll on the environment. Global warming, climate change, deforestation, landfills, air, water and soil pollution, are some of the problems from which our environment is suffering.

Earth Hour is all about taking steps towards change. Our climate is changing with every single day, and it’s becoming harder and harder to forget that many of our daily choices have a dramatic effect on the world we live in. By staying constantly aware of what’s going on with the environment, the community at Earth Hour has made several different projects in all sixty countries to help promote a healthy environment year round. By reducing your carbon footprint and become involved in organizations like Earth Hour, you can promote active change within the environment for generations to come. Earth Hour is a great initiative and will run for years on.

READ  What is Greywater? Ways to Collect and Benefits of Using Greywater

Why You Should Care

Earth hour is an opportunity for 120 million people all around the world to take part in Earth hour and show their support for climate change. By switching off your lights for one hour, you can make a substantial difference in the energy consumption and can help reduce effect of global warming on this planet. It is an opportunity for people around the world to show their gesture towards global warming and climate change that have started showing significant effects on our environment. By reducing your energy consumption and making small changes in your daily lives, you can make a huge change in the effects of global warming.

How Can You Make a Difference

Each year people celebrate Earth hour by switching off their lights. You can also participate in this event by switching off lights, all electronic gadgets that would consume energy. You can also involve your kids and let them know about this great event. You can create awareness in your society by participating in this event and setting as an example for rest of the people. Let them know what huge impact they can have on this planet by participating in this event, adopting some energy saving measures, and eliminating unnecessary usage.

Celebrating Earth Hour And Adding Your Voice To The Movement

The people who run Earth Hour and WWF are proud of the milestones they have hit with this revolutionary project. Earth Hour has reached across sixty different countries and is now a day which people remember. Because of its overwhelming success, Earth Hour has become something to be celebrated. There are many ways to become more involved in Earth Hour than just shutting off the lights; mass candlelit vigils have been organized throughout several communities, events and sponsors have put on performances and events in order to promote the event, and much more.

To become involved in Earth Hour even when it isn’t March, there are several steps that you can take as an individual. If you’re in school and want to promote awareness about Earth Hour, organizing fundraisers and bake sales for the benefit of the WWF Foundation and their crowd sourcing initiatives is a great idea. Because of Earth Hour’s overwhelming success, these new initiatives are run all year round. By signing up on their website and putting forth your information, you’ll be able to receive all the latest updates and campaigns that the people at Earth Hour are organizing year round.