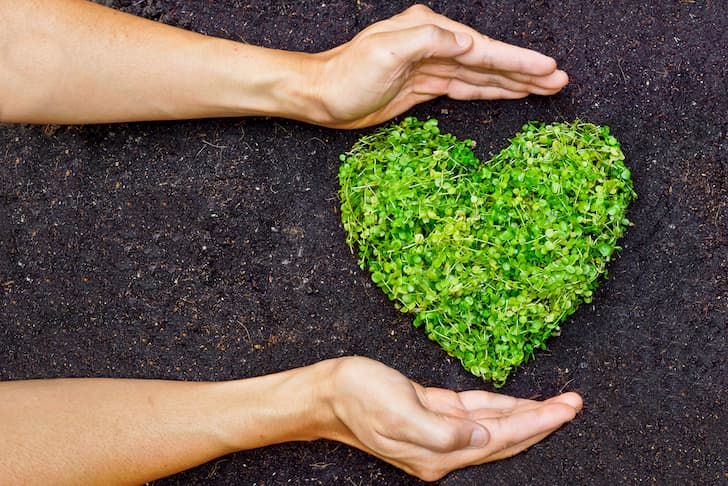 Environmental ethics is a branch of ethics that studies the relationship between human beings and the environment and how ethics plays a role in this. Environmental ethics believes that humans are a part of society as well as other living creatures, which include plants and animals. These items are a very important part of the world and are considered to be a functional part of human life.

Therefore, it is essential that every human being respect and honor this and use morals and ethics when dealing with these creatures.

“In environmental philosophy, environmental ethics is an established field of practical philosophy “which reconstructs the essential types of argumentation that can be made for protecting natural entities and the sustainable use of natural resources.” The main competing paradigms are anthropocentrism, physiocentrism (called ecocentrism as well), and theocentrism. Environmmental ethics exerts influence on a large range of disciplines including environmental law, environmental sociology, ecotheology, ecological economics, ecology and environmental geography.“

Global warming, global climate change, deforestation, pollution, resource degradation, and the threat of extinction are a few of the issues from which our planet is suffering. Environmental ethics is a key feature of environmental studies that establishes the relationship between humans and the earth. With environmental ethics, you can ensure that you are doing your part to keep the environment safe and protected.

Every time a tree is cut down to make a home or other resources are used, we are using natural resources that are becoming more and more sparse to find. It is essential that you do your part to keep the environment protected and free from danger. It is not as difficult to do as you may think, so long as you’re willing to make a few simple and easy changes.

With the rapid increase in the world’s population, the consumption of natural resources has increased several times. This has degraded our planet’s ability to provide the services we humans need. The consumption of resources is going at a faster rate than they can naturally replenish.

Environmental ethics builds on scientific understanding by bringing human values, moral principles, and improved decision-making into conversation with science. It was Earth Day in 1970 that helped to develop environmental ethics in the US, and soon thereafter, the same ethics were developed in other countries, including Canada and North America. This is important because the ethics of the environment are of major concern these days.

The acts of humans lead to environmental pollution. The stronger demand for resources is also a factor that contributes to the problem, as we all need food and shelter. When these things are so desired and needed, the natural balance of the environment is disturbed. Engineering developments are resulting in resource depletion and environmental destruction.

There are several environmental issues that have created havoc on our environment and human life. If ignored today, these ill effects are sure to curb human existence in the near future.

The major environmental issues include pollution; overpopulation; industrial and household waste; acid rain; climate change; ozone layer depletion; urban sprawl; genetic engineering; deforestation; and global warming. These environmental issues have taken a toll on our environment and we’ve already started seeing some disastrous effects in the form of the effect of health on humans; a rise in sea level; depletion of non-renewable resources; melting of glaciers; extinction of species; polluted landfills; toxic dust; decreasing soil fertility; a rise in air and water pollution; and many more.

Human beings are considered to be the most intelligent species living on earth. This could be why it is the only species on earth that has civilized itself over the decades to a large extent. Today, human beings boast of being superior to all other animals, but what is the use of such great intelligence when environmental ethics are not followed?

Cutting down trees is something that many humans do for their own benefit without any concern for the animals that are dependent on trees for survival. Using fossil fuels erratically, industrialization, pollution, and disturbing ecological balance, all these are attributable to human activities.

Just because we are in possession of all of these natural resources does not mean that we can use those resources in any manner we choose without keeping anything for future generations.

The industrialization has given way to pollution and ecological imbalance. If an industry is causing such problems, it is not only the duty of that industry but all human beings to make up for the losses. But how long an artificial and restored environment will able to sustain? Will it be able to take the place of natural resources? Environmentalists are trying to find answers to these difficult questions, and all these together are termed environmental ethics.

Ethics play an important role in our society today, and environmental ethics and business ethics must be considered. This has become more prevalent in today’s society.

Both oil and coal are bad, not only for the environment but also for all living creatures, including plants and animals. Both are highly toxic in their natural raw state. They pollute the air, ground, and water, and whether or not they are helping to create these natural disasters should be irrelevant. They are both finite and will not last forever, and the sooner we rid ourselves of the need for these two demons, the better.

While oil and coal companies continue to promote their products, and the best yet is clean coal, which is an unethical definition of something that just isn’t possible, their ethics come into question, especially environmental ethics. Most of the world’s ills are derived from both of these, with oil spills, mining accidents, fires, and now climate change and global warming.

Ensure that you are doing your part and following all the environmental ethics that are out there.

Environmental Ethics and Its Principles

There are several approaches or principles to determine how we are to value our environment. It is such a huge field, and it is so vast that it is difficult for one principle to cover all the ground. Many theories have emerged over the years, and each one has stressed various principles of environmental ethics. The list below states all the principles that have been predominantly found in those theories.

While weak anthropocentrism believes that human beings are the centre because it is only through their perspective that environmental situations can be interpreted.

Strong anthropocentrism, however, believes that human beings are at the centre because they rightfully deserve to be there. Peter Vardy made this distinction.

Psychocentrism is the principle that believes that human beings hold more value in the environment since their mental capacities are better developed and far more complex than any other element in the environment.

It is a term that holds not only an ecological but also a political value. It is a philosophy that imparts importance to all living beings. In terms of environmental ethics, biocentrism is the principle that ensures the proper balance of ecology on the planet.

The term holism had been coined by Jan Smuts in his book called Holism and Evolution (1926). Holism considers environment systems as a whole rather than being individual parts of something. It considers these environmental systems to be valuable.

The principle of resourcism says that nature is considered to be valuable only because it has resources to provide with. Thus, nature ought to be exploited.

The principle of speciesism justifies the superiority of the human race. Thus, it also justifies the exploitation and maltreatment of animals by humankind.

This, too, is an important principle of environmental ethics. Intrinsic value is added to every being, which makes us consider being moral. Moral considerable towards a being means that we agree that all our interactions whatsoever with the being is bound by moral laws.

The instrumental value is the value imparted to a being as long as it can serve us with resources.

Intrinsic value is the value attached to a being just for itself and not only for its resourcefulness.

Aesthetic value is imparted to a being by virtue of its looks or its beauty.

As is evident from its name, animal liberation or rights tries to secure animal life and ensure their welfare by enforcing certain laws.

It ensures that the animals are treated well and humanely.

With the emergence of several theories, several environmental ethics have emerged. While some protect human beings, others protect plants, animals, and other elements of nature. The types include:

Why is Environmental Ethics Important?

Environmental ethics is quite important because it serves as the moral ground to protect our planet’s environment and continuously fix the environmental degradation that we have caused over the years.

But with the ecological consciousness provided by environmental ethics, we can lead towards a sustainable future, an ecological balance, and the enrichment of our environment’s diversity.

While humans are the most dominant and superior beings in nature, we are also expected to be the most responsible for keeping our environment, or planet, habitable and clean. That is where the importance of environmental ethics comes in.

With environmental ethics, humans are being humbled and reminded of their main responsibilities to nature. With the capacity of humans, the misbalances that are occurring in the environment can be fixed by some minor or major actions.

Through environmental ethics, humans are considerate of not only themselves but also plants, animals, and every object in nature.

With the moral grounds and values that environmental ethics provides, humans are responsibly using nature and not in a way that results in resource degradation and destruction.

Every object in nature has its own purpose and use, neglecting its uses for humans. With that being said, it is just right to be a responsible consumer as humans do not have the right to destroy nature’s richness and diversity.

To sum it up, environmental ethics is a safeguard against cruelty to all creatures. It helps maintain ecological balance and provides a peaceful and beautiful living environment.

Instead of polluting our environment, degrading our resources, and destroying our planet, environmental ethics leads humans to act accordingly for the welfare of all in our environment and nature.