It is no longer uncommon to see or find huge piles of wastes, old house items, construction waste or used products dumped by the roadside, in the forests, or non-designated dumping sites. This trend is on the rise and is increasingly becoming a problem because it hinders the objective of keeping the environment clean and can have serious impacts on wildlife and habitat.

According to environmental protection agencies and departments, this malpractice is termed as illegal dumping. It is considered unlawful on account of the harm it causes to the environment. 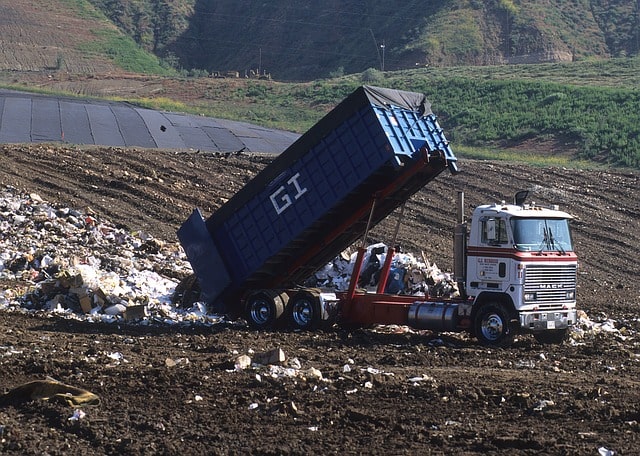 What’s more, there are officially designated areas with properly integrated waste management systems, which should be used for dumping. Therefore, in defying the clearly outlined laws for appropriate dumping by throwing trash just anywhere, such as by the roadside or in the forest, it becomes unlawful.

Let’s have a look at the causes of illegal dumping as well as its effect on the environment and the possible solutions to the problem.

The increase in overall waste production is in tandem with riches, rapid change of preferences, and the ever-growing population throughout the world. Additionally, people are becoming more and more consumer-oriented than in the past.

Previously, people depended on new and creative ways to use old stuff. Still, in the contemporary world, the majority of people are in search of new and better products, especially home appliances, clothes and electronics. The throwing out of old devices and used home appliances has thus lead to an increase in illegal waste dumping.

The growth in the worldwide population is one cause for illegal garbage dumping is. Since the overall level of waste production is positively correlated with the population on earth, an increase in population automatically implies an increase in the amount of overall waste.

There are official waste disposal sites that people may use to get rid of the large amounts of waste. However, there is a small but still significant amount of people who just dump their trash illegally in the woods or other places.

This problem is increasing with an increase in population since more waste is produced, and thus the probability for more illegal dumping is likely to increase.

Cases of residents in various parts of the world disposing of waste themselves are on the rise. This habit is associated with the avoidance of paying disposal fees at waste management sites. The people who engage in such acts are of the opinion that the prevailing waste collection fees are exorbitant.

See also  Are Pillows Recyclable? (And 7 Ways to Reuse Pillows)

Therefore, instead of following the rightful channels for disposing waste or paying third party waste pick up services, they illegally dispose the waste in remote locations.

Some third-party waste pick up services have also gotten into the habit of dumping waste on illegal dumpsites to avoid paying the disposal fees.

4. Some People Simply Don’t Understand the Importance of Waste Recycling

Most people understand and are very much aware of the repercussions of illegal dumping. Regardless, some individuals simply don’t see the need for recycling waste or following the proper waste disposal channel and therefore go to highly unusual lengths to dispose waste illegally.

Some people are simply too lazy to bring their trash to official dumping sites. A fraction of our society also does not care about the illegal dumping problem and its consequences. They do so by completely avoiding prosecution and detection, which means that they do know their act is unlawful.

As a matter of fact, most of the items illegally disposed of, such as old appliances, white goods and furniture can be easily recycled or even reused.

So, it can be concluded that most of the people engaging in acts of illegal dumping simply don’t understand the importance of reuse or the concept of recycling waste. Hence, a lack of education also contributes to illegal dumping.

In many countries, illegal dumping is often regarded as a minor issue by many people. It is not regarded as a big deal. Humans are known to be influenced quite a lot by the people they mostly interact with.

When your close friends consider illegal dumping as not a big deal or they actively contribute to it, you are also more likely to see it as an appropriate method to get rid of your trash.

Thus, social norms and the behavior of close people play an essential role in how likely you are to accept or reject the idea of illegal dumping.

Effects of Illegal Dumping on Our Environment

Land, water, soil and air pollution in the neighborhood are primarily caused by illegal dumping. The chemicals and non-biodegradable materials in the waste affect the physical environment and the waterways by contaminating groundwater and soil.

The wastes can also spread weeds and pests, therefore, affecting agriculture and wildlife. Wildlife and domesticated animals can also die after consuming poisonous materials such as plastics and chemicals from the waste.

2. Illegal Dumps Can Be Fire Hazards

The illegal dumping of chemicals, tires and green waste can augment the risk of wildfires. Cigarette butts may also start fires.

The value of property obviously diminishes if it is littered by illegal dumping. Besides, lands or places that have been turned into illegal dumpsites can serve as magnets for other criminal activities.

The dirt and smell can also make such areas unsightly which impacts on tourism, especially if the dumping is done in forests or beside the road.

Children may also suffocate in refrigerators that still have doors. The tires can offer a breeding ground for mosquitoes, contaminated medical waste can spread disease dramatically as waste can lead harmful bacteria to grow exponentially, and the sharp objects can physically harm people.

5. The Entire Community is Put at Risk

It may never be distinctively clear, but illegal dumping surely puts the entire community at risk. Tires, construction waste and tree stumps left on the road, for example, can result in accidents.

6. Effects on Birds, Animals, and Plants

Illegal dumping imposes severe adverse effects on wildlife. Waste that is dumped in forests or other natural environments contains harmful substances. Animals may be contaminated by harmful bacteria contained in the trash, which may lead to a spread of diseases among different animals through the food chain.

Animals may also suffer from a change in their natural living conditions due to the dumping of trash.

Many animals react quite sensitive to a change in their natural living conditions. Therefore, illegal dumping may also lead animals to move to other less contaminated areas where they feel more comfortable in their natural environment.

Plants are also affected by exposure to trash when there is soil contamination. Moreover, some garbage compounds may also alter the pH-level of the soil. Since plants are usually quite sensitive to a change in acidity levels and the elements of soil, illegal dumping may lead to adverse effects on their growth behavior.

Aquatic life also becomes significantly affected by the illegal disposal of waste. When wastes are dumped illegally in water bodies, many of these water organisms will suffer from harmful substances and even die from the adverse effects imposed by waste compounds.

Birds may also be affected by the dumping of trash. Birds often eat small animals like worms or insects, which may decrease significantly if an area is extremely contaminated by illegal waste. This may, in turn, lead to a shortage of food for birds, which may eventually lead to a reduction in the birds‘ population.

Year in year out, thousands of cash in terms of taxpayers’ money is committed to cleaning up the mess brought about by illegally dumped waste. Municipalities always spend lots of money fixing natural areas and infrastructure affected by illegal dumping. 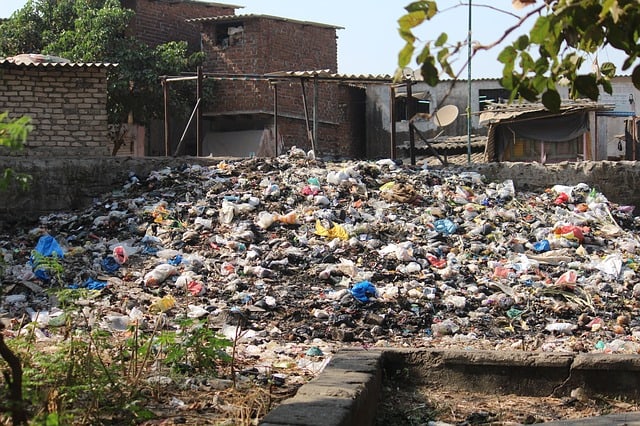 Yes, it’s possible for people in all communities and societies to stand up against illegal dumping. Many a time, the people that engage in illegal dumping activities do so knowingly and are always on the lookout of places where the environmental regulatory authorizes hardly patrol.

Hence, if people can take the responsibility of reporting any witnessed act of illegal dumping, it can impressively help in curbing the activity. This strategy should also work towards establishing a special task force that includes the environmental, health, police, and public works departments to work in cooperation with the local people.

Law enforcement and prosecution are fundamental in stopping illegal dumping. Instead of spending millions of cash cleaning up illegally dumped materials, a special task force of police can be employed to watch over sites where illegal dumping frequently occurs.

See also  Catastrophic Effects of Littering on Humans, Animals and the Environment

Witness reports from volunteers or people on illegal dumping must equally be taken seriously, and the reported persons should be subjected to prosecution.

It is a preventive effort that can work over the long-term to thwart the activity. Cities and administrative districts must, therefore, enforce stricter illegal dumping laws by clearly outlining the penalties and consequences if caught to stress the gravity of the activity.

Outreach through education and awareness creation in affected communities can significantly aid in solving the illegal dumping problem. It highlights the adverse effects of the activity, spurs positive involvement, and can increase the number of residents who volunteer to monitor and report any instances of illegal dumping.

It may also help in monitoring and locating high-frequency dumping areas. In the city of Phoenix, for instance, such a program aided in cleaning up more than 15,000 tons of illegally dumped waste during the last decade.

Publicizing success through the media, especially in terms of arrests made may also help in showing people that illegal dumping is wrong and can fuel illegal dumping prevention.

Environmental authorities, together with the local governments, need to set lower disposal fees to encourage people to use the lawfully stipulated waste disposal systems.

At the same time, the relevant regulatory bodies against illegal dumping must set higher fines to discourage the habit. This can be done by re-defining the fines and punishments for illegal dumping as well as the licensing and charge rates acts for dumping services.

For instance, it has been cited that in some areas, it may be less costly to illegally dump and pay a fine than using legitimate waste disposal channels. By employing this strategy, societies can become less vulnerable to illegal dumping.

5. Embracing the Practice of Reducing, Recycling, Reusing (The Three R’s)

Also, the promotion of recycling initiatives such as the opening up of various designated areas for free collection of used and obsolete appliances, furniture and other home products for recycling can reduce illegal dumping.

The practice of reusing, such as donating or selling used products that are still in good condition, should as well be encouraged to cut back on illegal dumping of appliances, white goods, and furniture.

Advancements in technology can also be used in waste disposal processes. Through these advancements, it may become cheaper to process waste, and the disposal fees may also drop, which would work as an incentive to avoid illegal dumping and to dispose of waste in an appropriate manner instead.