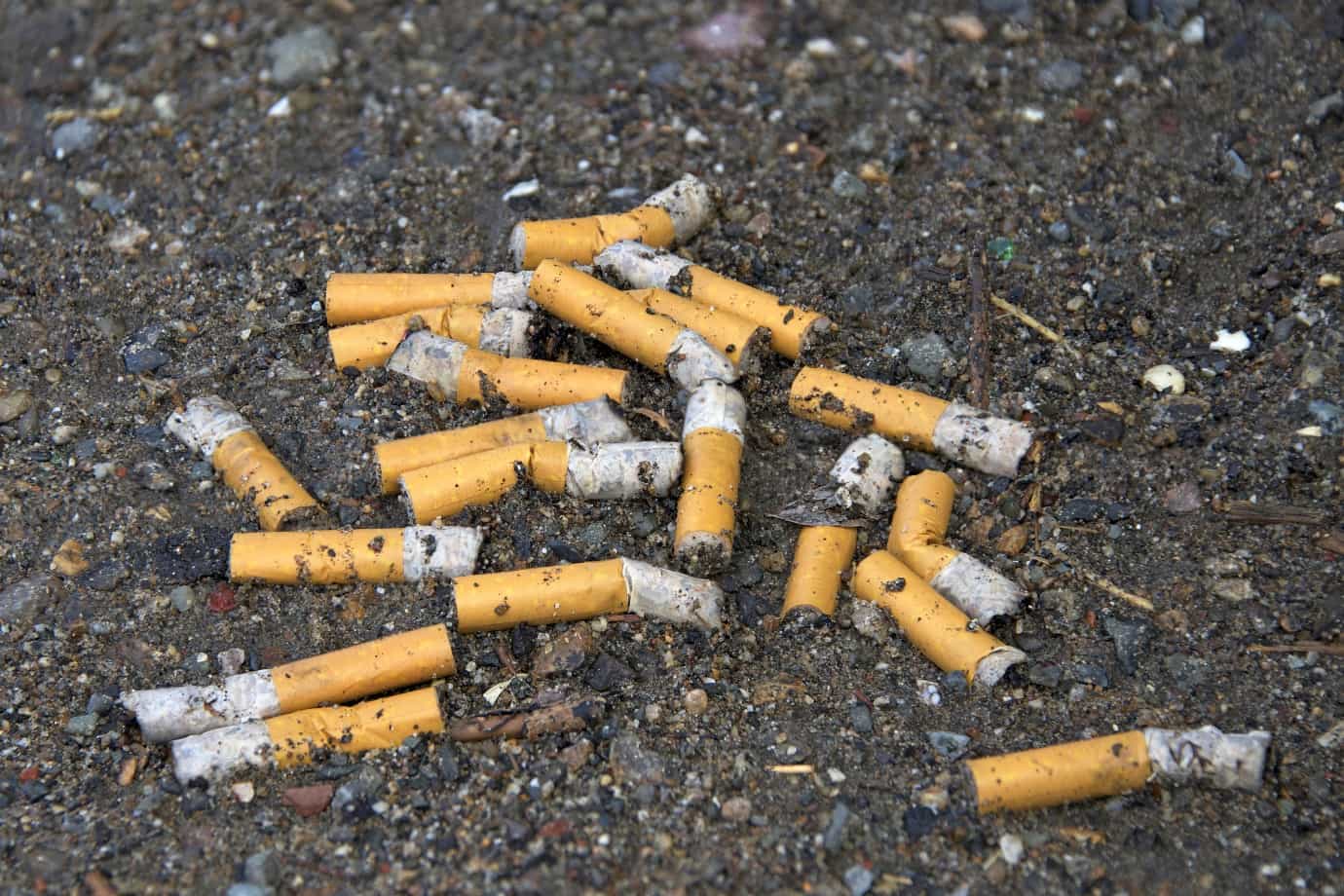 The damage to health caused by smoking is widely known and largely standard fare. In this article are laid out some of the other effects of smoking, from the tobacco plant to the cigarette butt. These areas are no less important and their polluting profile should be understood as well.

A perhaps lesser known aspect of the smoking process is the pollution it causes.  This begins already at the growth stage. To expedite tobacco growth pesticides are used liberally – tobacco companies have suggested pesticide be applied 16 times alone in the period from planting the seeds in the greenhouse and shifting the crops into fields. Pesticides themselves are known to have negative effects on both the environment and on human health. Not only can they impair the cognitive development of young children, they have also been shown to be at the root of numerous ailments – around a million people die annually from pesticide-induced poisoning.

The natural world is also affected. In America, studies have shown that repeated exposure to the insecticide DDT has caused egg-shell thinning which in turn has led to bald eagle population decline in the US. Pesticides are a broad pollutant: they affect our water, soil, air and, consequently, us. Traces have even been found in breast milk. Tobacco farming requires a heavy use of such chemicals. Most crops do need pesticide. The issue with tobacco is that it is itself a polluter as it is smoked and disposed of, so the environmental impact of its process is doubled.

The polluting side of cigarette production, let alone when smoking actually commences, is worth noting. The quantity of paper required is considerable. 6km of paper is needed every hour for cigarettes and their packaging. There have been attempts by tobacco companies to increase use of recycled paper but the effect of these schemes is as yet negligible. Since tobacco is a lucrative cash crop, there have also been reports of illegal deforestation in some areas to make room for tobacco growth.

According to one study published at the turn of the century, “an estimated 200 000 hectares of forests/woodlands are removed by tobacco farming each year”. Aside from the disastrous impact these logging operations have on the local ecosphere, deforestation directly contributes to pollution since trees absorb harmful carbon dioxide and the industrial machinery needed to harvest and process the timber also belch out pollutants.

The cigarette itself is also a significant polluter. According to the World Health Organisation, a billion people smoke often, many of whom can be found in poorer countries. Add to this the 14mg of pollutants created by each smoked cigarette, and it becomes easier to visualize the damage smoking is doing to our environment, human and natural. The problem continues after the cigarette is consumed. In the UK, cigarette stubs can be seen everywhere, comprising 35% of total litter on our streets.

Globally, according to an article published a few years ago, cigarette butts form up to 50% of all litter on city streets, and are particularly prominent in beach habitats. The cigarette butt issue is a major reason as to why we should promote the use of e-cigarettes over traditional cigarettes. By comparison, e-cigarettes have a very low pollutant profile. This is because their chemical reactions are simpler and less toxic. For a rich source of other e-cigarette-related information, check out e-cigreviews.org.uk.

In our hearts, we all know that smoking is bad for our health. For anyone thinking of quitting, spelling out the health benefits of quitting can be a powerful motivator. Here are just some of the health improvements you’ll see, if you stop smoking.

The Health Benefits of Stopping Smoking

Whilst some people claim that they smoke to calm their stress levels, it has actually been proved that non-smokers suffer less from stress than smokers. Quitting will reduce your overall stress levels, making you feel happier and calmer.

Smoking has a negative effect on both men and women, in terms of fertility. Men’s sperm can be less potent, and women can find it harder to get pregnant. Stopping smoking reverses this, and also reduces the chances of miscarriage and improves the chances of having a healthy baby.

Statistics relating to smoking and longevity make for grim reading, with around half of all long-term smokers dying prematurely, from diseases such as lung cancer or heart disease. No matter what age you decide to stop smoking, it will increase the odds of you living to a healthier, happier old age.

As any non-smoker will confirm, smoking causes your teeth to stain and become yellowed, and your breath to smell. All that will improve after giving up, and you’ll also lessen the chances of gum disease or premature tooth loss.

Regular smoking can give people a pale, creased complexion, but this can be reversed by giving up. Non-smokers have been shown to have fewer wrinkles and younger looking skin.

Heightened sense of smell and taste

As well as making your clothes smell and your teeth and nails go yellow, smoking cigarettes actually dulls your sense of smell and taste. The toxic chemicals in cigarettes affect the tongue through a process known as vascularisation, making the taste buds lose their shape over time. Smoking doesn’t kill taste buds, but it does make them much less effective at sending signals to your brain about the food you’re eating. Once you’ve stopped smoking, your taste buds and sense of smell will recover, allowing you to really enjoy food once again.

Smoking has a huge impact on your lung function and your ability to breathe easily. In less than a year, people who have given up smoking should see a 10% improvement in lung capacity, and should breathe more easily and cough less.

Within just a few weeks of quitting, your blood circulation will improve noticeably, and your immune system will be rejuvenated. You’ll have more energy for physical exercise, such as walking or running, and you’ll be less susceptible to viruses and minor ailments.

In short, every aspect of smoking, from tobacco growth to cigarette butts, is a serious pollutant. Smoking is on the decline in the UK and other European countries, but remains strong in developing countries. It cannot be said that smoking is the most significant polluter. But given the habit’s enduring popularity globally, its contribution to world pollution should be appreciated.