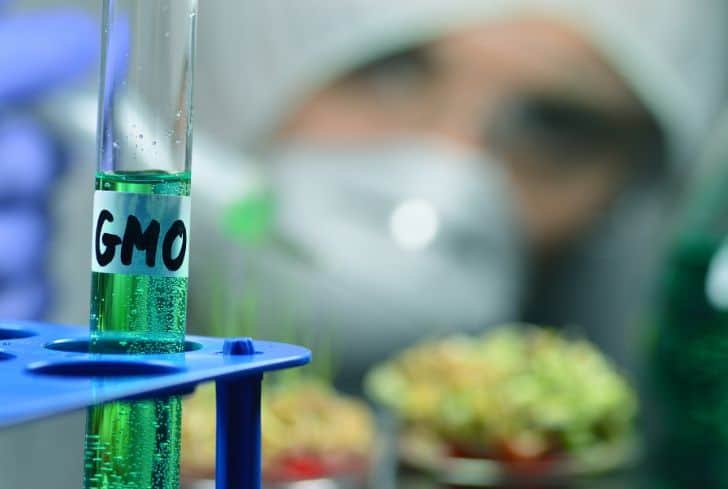 ‘Genetic engineering’ is the process to alter the structure and nature of genes in human beings, animals or foods using techniques like molecular cloning and transformation. In other words, it is the process of adding or modifying DNA in an organism to bring about a great deal of transformation.

Genetic engineering was thought to be a real problem just a few short years ago. We feared that soon we would be interfering with nature, trying to play God and cheat him out of his chance to decide whether we were blonde or dark-haired, whether we had blue or bright green eyes or even how intelligent we were.

The queries and concerns that we have regarding such an intriguing part of science are still alive and well, although they are less talked about nowadays than they were a few years ago.

It seems, therefore, as though genetic engineering is both a blessing and a curse, as though we stand to benefit as well as lose from developing this area of science even further.

With genetic engineering, we will be able to increase the complexity of our DNA, and improve the human race. But it will be a slow process, because one will have to wait about 18 years to see the effect of changes to the genetic code.

Although at first the pros of genetic engineering may not be as apparent as the cons, upon further inspection, there are a number of benefits that we can only get if scientists consider to study and advance this particular branch of study. Here are just a few of the benefits:

Some of the most deadly and difficult diseases in the world that have so resisted destruction could be wiped out by the use of genetic engineering.

There are a number of genetic mutations that humans can suffer from that will probably never be ended unless we actively intervene and genetically engineer the next generation to withstand these problems.

For instance, Cystic Fibrosis, a progressive and dangerous disease for which there is no known cure, could be completely cured with the help of selective genetic engineering.

2. Getting Rid of All Illnesses in Young and Unborn Children

There are many problems that we can detect even before children are born. In the womb, doctors can tell whether your baby is going to suffer from sickle cell anemia, for instance, or from Down’s syndrome.

In fact, the date by which you can have an abortion has been pushed back relatively late just so that people can decide whether or not to abort a baby if it has one or more of these sorts of issues.

All children would be able to be born healthy and strong, with no diseases or illnesses present at birth. Genetic engineering can also be used to help people who risk passing on terribly degenerative diseases to their children.

For instance, if you have Huntington’s there is a 50% chance that your children will inherit the disease and, even if they do not, they are likely to be carriers of the disease.

You cannot simply stop people from having children if they suffer from a disease like this; therefore, genetic engineering can help to ensure that their children live long and healthy lives from either the disease itself or from carrying the disease to pass on to younger generations.

Humans are already living longer than ever. In fact, our lifespan has shot up by a number of years in a very short amount of time. Because of the advances in modern medical science, genetic engineering could make our life on Earth even longer. There are specific, common illnesses and diseases that can take hold later in life and can end up killing us earlier than necessary.

With genetic engineering, on the other hand, we could reverse some of the most basic reasons for the body’s natural decline on a cellular level, drastically improving both the span of our lives and the quality of life later on. It could also help humans adapt to growing problems, for instance, global warming in the world.

If the places we live in becoming either a lot hotter or colder, we are going to need to adapt, but evolution takes many thousands of years, so genetic engineering can help us adapt quicker and better.

Genetic engineering is not just good for people. With genetic engineering, we can design foods that are better able to withstand harsh temperatures – such as very hot or very cold, for instance – and that are packed full of all the right nutrients that humans and animals need to survive.

We may also be able to make our foods have a better medicinal value, thus introducing edible vaccines readily available to people all over the world.

5. Organisms Can be ‘Tailor-Made’

Genetic engineering can make alterations in the organisms to show desirable characteristics. Genes can also be manipulated in trees that they absorb more CO2 and reduce the threat of global warming.

The genetic disorders may also be removed by replacing the faulty gene with a functional gene. Disease-carrying insects, such as mosquitoes, may be changed to sterile insects to curb the spread of diseases, specifically malaria and dengue fever.

6. Faster Growth in Animals and Plants

The growth rate in animals and plants can be genetically modified to mature promptly. The crops can be engineered to survive in unfavorable conditions such as high heat or low light or increase crop yield. This gives farmers the scope to expand farming beyond the traditional locations and use the empty lands for other purposes.

The modification through genetic engineering is mainly executed in plants. The genes are being altered in animals or plants to make them perdurable and resistant to pests and diseases.

Plants being cultivated can have built-in pest repellents that help reduce the requirement for harmful chemicals and other pesticides that cause damage to the water supply.

Perhaps more obvious than the pros of genetic engineering, there are a number of disadvantages to allowing scientists to break down barriers that perhaps are better left untouched. Here are just a few of those disadvantages:

When genetic engineering first became possible, peoples’ first reactions were to immediately question whether it was ‘right.’ Many religions believe that genetic engineering, after all, is tantamount to playing with God, and expressly forbid that it is performed on their children, for instance.

Besides the religious arguments, however, there are a number of ethical objections. These diseases, after all, exist for a reason and have persisted throughout history for a reason. While we should be fighting against them, we do need at least a few illnesses; otherwise, we would soon become overpopulated.

Living longer is already causing social problems in the world today, so to artificially extend everybody’s time on Earth might cause even more problems further down the line, problems that we cannot possibly predict.

2. May Lead to Genetic Defects

Another real problem with genetic engineering is the question about the safety of making changes at the cellular level. Scientists do not yet know absolutely everything about the way that the human body works (although they do, of course, have a very good idea). How can they possibly understand the ramifications of slight changes made at the smallest level?

What if we manage to wipe out one disease only to introduce something brand new and even more dangerous? Additionally, if scientists genetically engineer babies still in the womb, there is a very real and present danger that this could lead to complications, including miscarriage (early on), premature birth or even stillbirth, all of which are unthinkable.

The success rate of genetic experiments leaves a lot to be desired, after all. The human body is so complicated that scientists have to be able to predict what sort of effects their actions will have, and they simply cannot account for everything that could go wrong.

We need diversity in all species of animals. By genetically engineering our species, however, we will be having a detrimental effect on our genetic diversity in the same way as something like cloning would.

Gene therapy is available only to the very rich and elite, which means that traits that tend to make people earn less money would eventually die out.

One pressing question and issue with genetic engineering that has been around for years and years is whether it could end up going too far. There are many thousands of genetic scientists with honest intentions who want to bring an end to the worst diseases and illnesses of the current century and who are trying to do so by using genetic engineering.

Viruses and bacteria adapt to the environment. When these cannot get through the natural repellent of the genetically altered plant, these can grow stronger and more resistant, negatively affecting non-genetically engineered plants/animals.

Genetic engineering helps to solve an issue by transferring genes to the organism that will help it to combat the problem. Sometimes, this can cause side effects. For instance, a plant can be modified that it needs less water, but that would make it intolerant to direct sunlight.

Nature is an extremely complex, interrelated chain. It is believed by some scientists that the introduction of genetically-modified genes may have an irreversible effect with consequences not yet known.

However, what is to stop just a handful of people taking the research too far? What if we start demanding ‘designer babies,’ children whose hair color, eye color, height and intelligence we can dictate?

What if we end up engineering the sex of the baby, for instance, in China, where it is much more preferable to have a boy? Is that right? Is it fair? The problems with genetic engineering going too far are an ever-present worry in a world in which genetic engineering is progressing further and further every day.

Genetic engineering is one of the topics that cause a lot of controversies. Altering the DNA of organisms has undoubtedly raised a few eyebrows. It may work wonders, but who knows if playing with nature is “really safe” or not? Making yourself aware of all aspects of genetic engineering can help you to form your own opinion.