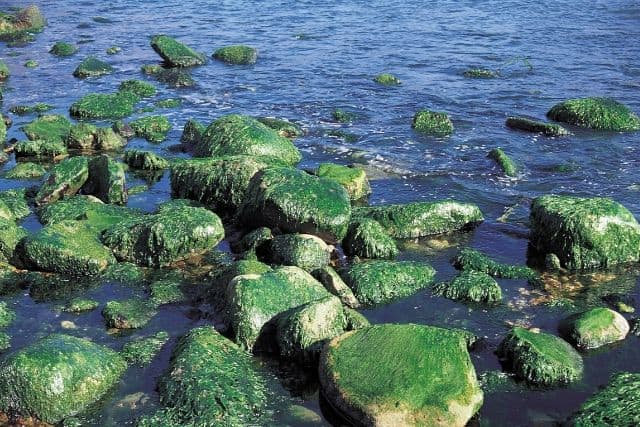 Eutrophication is a major environmental concern for rivers, coastal water, lakes, tributaries, and estuaries. The term refers to an increase in nutrients, especially phosphorus and nitrogen, resulting in an explosive increase of alga – the algal blooms. It is categorized into two including natural and cultural eutrophication.

Natural eutrophication is the gradual buildup of nutrients, organic material, and sediments that takes place over centuries in many lake basins. Cultural eutrophication, on the other hand, refers to an alteration of nutrient input in the water basins by human activities that lead to major ecological changes in water bodies over the decades.

The cultural process is primarily associated with phosphorus common in fertilizers and treated sewage. Phosphorus is the main actor as it a strong stimulator of algae growth. The process is characterized by excessive plant and algal growth in the water bodies. The concept of cultural eutrophication is particularly brought about by a human understanding that clear water with minimal visible organisms is better than organic-rich water.

The widespread modern use of phosphate in detergents, as well as the presence of excess fertilizer in the runoffs, has greatly contributed to an ecological challenge in the water bodies – generally termed as cultural eutrophication.

In the natural process, the ecosystem continuously cycles the matter with the aid of plants and green algae to create a food base for herbivorous and carnivorous from the dissolved chemicals. Dead animals and plant materials are also decomposed by aerobic and anaerobic decomposers into simple forms that be easily recycled into the natural cycles.

The water bodies are well-suited to deal with the matter cycling preserving the water quality. In cultural eutrophication, however, humans inject large amounts of artificial matter into the water’s ecological system thus overwhelming the natural cycle thereby resulting in the water bodies changing from oligotrophic to eutrophic.

Once the nutrients get into lakes, oceans, rivers, and other water bodies; algae, and plankton, among other aquatic plant life become well-fed resulting in an increase of their photosynthesis activity.

Increased photosynthesis activity causes a dense growth of algal blooms and other plant species. The excessive growth results in a reduced presence of oxygen in the water thus triggering the eutrophication process.

Concentrated animal feeding operations are characterized by high discharge of artificial nutrients into rivers, lakes, and oceans. The nutrients accumulate in high concentrations plaguing the water bodies with algal blooms and cyanobacteria.

Untreated sewage and industrial wastage, especially in major towns and developing countries can get access to water bodies and stimulate the growth of algal blooms and other aquatic plants, threatening the survival of aquatic life in many ways. Even treated water should not be discharged back into rivers or lakes as it can also cause an accumulation of excess nutrients into the water bodies.

The modern method of rearing fish, shellfish, and growing aquatic plants without soil is also becoming a big contributor to cultural eutrophication. If aquiculture is not properly managed, food particles and fish excretion can find their way into water bodies, creating a good environment for dense growth microscopic floating plants.

When humans cut trees, they increase the likeliness of eutrophication. Trees play an important role in holding the soil together. When trees are cut, soil erosion occurs, which carries the sediment and other nutrients into water bodies creating a suitable environment for the explosive growth of algae blooms.

The most noticeable problem with eutrophication is the deterioration of water quality. Humans prefer clear water as opposed to nutrient-rich water. In fact, the idea of using nutrient-rich water by some people sounds insane. If, for instance, a water source is affected, those dependent on nutrient-rich water would be unable to use the water until the quality improves.

And as algae plants die and decompose, the oxygen continues to deplete, resulting in the suffocation of fish and other aquatic life forms. When water can no longer hold oxygen, the condition encourages the growth of bacteria that produces toxins that are fatal to marine mammals and birds.

Eutrophication encourages the growth of cyanobacteria. The bacteria generate a red tide that releases very powerful toxins with high poison levels into the water. The toxins can be fatal even at very low concentrations. The anaerobic conditions created by eutrophication also encourage the growth of toxic compounds in the water body.

The poison can cause death to humans and animals if ingested at the least concentration in drinking water. The toxic compounds can also go up the food chain through bio-accumulation and bio-magnification, causing other health complications like cancers.

For example, eutrophication is highly associated with the poisoning of shellfish. Shellfish accumulate poison in their muscles resulting in human poisoning. High nitrogen concentration in drinking water can also inhibit blood circulation in infants.

Eutrophication increases the growth of algae and minute plants as well as photosynthetic bacteria. The explosive growth of the algae and plants can lead to the development of extensive and dense mats of floating plants that make it difficult to set fishing nets in the water. They can also limit the mobility of boats and other fishing vessels.

If algal blooms and other plants affect an extensive area, they reduce the transparency and navigation in the water, lessening the recreational values and opportunities of the water bodies. The growth, especially on the surface, will negatively affect activities such as boating and swimming.

Since pollution is a leading cause of eutrophication, reducing it in various forms can help prevent further destruction of water bodies. Cutting back on nitrogen and phosphates discharged into water systems can help lower the nutrient content in the water system, and hence control eutrophication.

Furthermore, all essential elements of compost manure are broken down and synthesized by plants avoiding the eutrophication cycle.

Over the last few years, tech developers and scientists have been working towards creating technologies that can help reduce pollution and even reverse the damages already caused. Ultrasonic irradiation, as an example, is one such technology that has tremendously helped in controlling eutrophication by causing cavitations that produce free radicals that destroy algae cells.

Other technologies that convert plant growth present in water bodies into energy have also been advanced. Although innovations are still expensive, they should be advanced towards reversing years of human pollution that cause cultural eutrophication. Governments are, therefore, called upon to as well invest in supporting and encouraging new innovations that deal with environmental challenges.