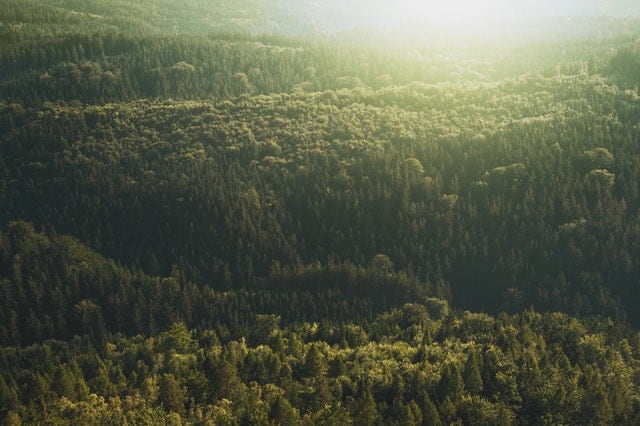 The boreal forest is the planet’s second largest biome stretching in unbroken pattern across Europe, Asia, and North America and covers an extensive 20 million hectares. The forest is also referred to as Taiga or the snow forest. It is mainly made up of coniferous forest and trees such as larches, spruces, birches, aspens, firs, and pines. The tree coverage in most parts of the forest is extensive and close forming a canopy with moss undergrowth.

But in some areas, the trees are apart with an undergrowth of lichens referred to as lichen woodland. The forest also has diverse climatic patterns and different species of organisms. As a result, it is considered one of the most important terrestrial ecosystems mainly because of its interaction with some of the earth’s scale systems, for instance, anthropogenic activities and climatic conditions. This article seeks to provide a better understanding of the location, climate, plants, and animals of the boreal forest ecosystem.

This biome is only located in Northern Hemispheres at latitudes between 60° and 50° North. The forest stretches in a belt pattern across the Northern hemisphere covering approximately 100 million acres of land.

Due to the ability of the plants found in this forest to survive in snowy or extremely cold temperatures, the location of the boreal forest can be seen to be between the temperate deciduous forests that are located on the South Side and the Tundra located on the North.

The boreal forest cover found in Europe and Asia stretches from the east side at Siberia to west at Scandinavia. The widest part of the forest measured from North to South is in Asia where it extends 3,000 kilometers. Russia alone has 58% boreal forest coverage while countries such as Sweden, Finland, and Norway have only 4%.  3% of the forest is found in China and Mongolia.

Any region below the arctic tundra usually records extremely cold temperatures. Temperatures of the boreal forest found below tundra region are cold and can last for eight months between the months of October to May. The average temperature is estimated between -30°F and -65°F. Also, an average of 16-39 inches of snowfall has been recorded in the forest during winter.

The melting of the snow between storms is slowed down by the strong winds that blow across the forest. During summers the temperatures change drastically and can be moderately hot. The temperature may rise to an average of 20°F to 70°F. The highest temperatures ever recorded is 80°F. Summers can be summarized as short, cool and moist.

The precipitation of the boreal forest is noticed in form of snow falling in the winter and rain during the short summer period. The forest has areas that are permanently frozen whereas other areas are moist due to the expansive spongy moss undergrowth that soaks up the excessive water.

Most of the rainwater and melted snow finds its way into wetlands where they are trapped and stored. Permafrost may occur in some areas where the ground becomes permanently frozen preventing plant growth.

They are common in boreal forests. Some areas within the forest may be wet, dry, warm, cold, windy, or shaded than other areas. The forest trees deposit their fallen needle-like leaves and twigs to the forest floor and after gradual decomposition, they create a habitat for many insects. Crevices and barks that have fallen from the trees act as a warm shelter for the small animals.

Furthermore, the snow cover is an extremely good insulator and can provide enough warm shelter for the animals below it. The hanging tree branches and massive coverage of tree slow down the wind that would have caused the climatic temperatures within the forest to fall drastically.

In the boreal forest there are six seasons as identified by a race of people living in these forests called the Cree. The seasons are spring, break-up, summer, autumn, freeze-up, and winter. The period in October when the trees are losing their leaves and the lakes become frozen is known as freeze-up.

This period occurs after autumn and ends when winter starts. The other period is when the snow melts. At this time the ground looks bare. This season is called the break-up season and may last for months until all the ice in the lake has melted. The break up is also identified by the long days and shorter nights.

As mentioned earlier the forest is mainly made up of coniferous trees evergreens such as the spruces, pines, and larches. These trees maintain the green color to ensure that they utilize the minimum sunlight available and to start the process of photosynthesis early. The conifers have characteristic needle-like leaves that are waxy that ensure that they lose a minimal amount of water during the summer and spring periods.

Most deciduous trees fail to grow in the harsh conditions of the boreal forests. Nonetheless, some do manage to grow. During the autumn period, the deciduous trees lose their leaves to conserve energy during the harsh winter periods. The huge snow that falls during the winter period may break some of their branches. Deciduous trees with broad leaves are birch, poplar and aspen and those that are classified as shrubs are blueberries, willow, and alder.

Fungi such as mushrooms are found in large quantity in the boreal forest. The fungi are saprophytes and get enough nutrients from the many dead branches and trees found within the forest. The common fungi found at the root of the conifers are the mycorrhizal fungi. The mycorrhizal fungi live in a symbiotic relationship with the conifers whereby they help them absorb water and mineral salts while on the other hand, they gain nutrients from the trees.

Algae and fungus for the lichens. As mentioned earlier they form an expansive undergrowth in the forest and can also be found on rocks and tree branches. The lichens are important for the reindeers and caribou found in the forest because these animals feed on them.

They are part of the undergrowth in the boreal forest. Moss is feathery in shape and is mostly found in moist places. They grow well in acidic soils such as the one that is found within the forest because of the fallen coniferous needles that lower the pH of the soil. Moss plants such as the sphagnum absorb a lot of water from the forest ground forming a marshy ground underneath the trees.

The carnivores found in the forest are the fox, lynx, marten, grizzly bear, coyote, black bear, otter, shrews, cougar, ermine and the least weasel. Most small mammals live in areas with microclimates. During winter, some mammals such as the voles and mice hibernate in burrows. Others make habitats that can survive for a year. The temperatures in the places that these animals dwell in are around 25° F.

Other mammals like the bear have to eat and gain a lot of weight during the autumn period in preparation for winter. During winter these animals hibernate from late autumn up to spring. Mammals such as snowshoe hare camouflage depending on the seasons. During the winter period, their fur turns white while during the summer their fur coat turns brown. Other adaptations that are seen in mammals found in the boreal forest include fluffy feet in hares and lynx that prevent them from sinking in the snow while running.

The birds in the forest are majorly seen around short spring and also during the summer period. Most birds migrate before the cold winter period, but some remain throughout the entire period.

Birds that are found in the forest during spring period are, whooping cranes, ducks, Goshawks, great horned owls, ospreys, loons shorebirds, gulls, shorebirds, warblers, and swans. Some birds such as warblers travel to the forest from as far as South America while others such as the owls only frequent the biome.