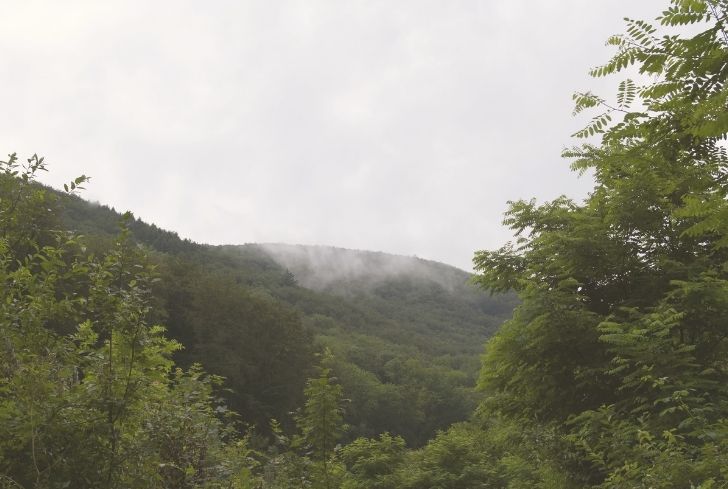 Throughout the world, there are variations of flora, fauna, and environment that create biomes – the word that describes a given area’s particular natural characteristics. While there are several types of biomes in the world, ranging from deserts to frozen tundra, the coniferous forest is a type of biome that is seen all over the globe. These are predominantly made up of – you guessed it – coniferous trees, which are so-called because their seeds take the form of cones.

Coniferous forests (fir, pine, spruce) make up around one-third of the world’s forests and are found in northern parts of North America, Europe and Asia where temperatures tend to be lower, and winter tends to last longer. Ever wonder what a pinecone really is? Pine trees are some of the best-known conifers, and pinecones are their way of spreading seeds.

Most of the trees in coniferous forests are conifers (or evergreens), which are the toughest and longest-living trees in the world. They have needle-like leaves that have a waxy outer coat, which prevents water loss in freezing weather. Their branches are soft and flexible, pointed downwards, so that snow slides off them.

Because coniferous forests exist in a range of regions around the world, their climates depend on their location.

The coniferous forest climate may differ slightly depending on the forest’s location around the world. Coniferous rainforest biomes stretch from Siberia to Canada and experience freezing winters and mild to hot summers. Coniferous forests have really low temperatures throughout the year. The average temperature in winter is -54°C to -1°C, while the temperatures in summer are -7°C to 21°C. There are usually long, cold, mild, and wet summers in this region.

The biome’s winters are generally in the months of December, January and February, and are very cold and snowy. During winter, chilly winds from the Arctic cause extreme cold weather in the coniferous forest. The precipitation levels are quite low during winter. Coniferous forests have warm, humid summers. During the months of June, July and August, the temperature is at its highest, and there is also quite a lot of rainfall. These two factors contribute to the summer’s humid weather.

The length of the day mostly varies on the season. Summer days are shorter because of the tilt of the earth on its axis, while winters are longer (up to 6 months with mean temperatures below freezing).

Coniferous forests thrive in tropical and subtropical climates (areas with tropical latitudes). This makes the area climate more humid. During winter months, precipitation falls as snow, while in the summer, it falls as rain. Fall is the shortest season for Taiga. Precipitation is high compared to the other biomes since a lot of snow falls in the winter and rain in the summer. The total yearly precipitation is 10-30 inches (25-75 cm.) The average humidity is high in summer, from 50% to 80%. The air is much drier in the winter.

Fires are common in taiga during summers, even though they might seem destructive. In this biome, they help by removing old, sick trees and making room for the new.

Coniferous forests are found all over the world, from tropical islands to Switzerland. Some examples are:

Temperatures vary based on the location of the forest, but typically fall into these categories dependent on climate:

As with any forest or environment that grows plants, water is a basic requirement. Levels of precipitation will be different from region to region, but all coniferous forests require enough rainfall to sustain and promote tree growth.

Plants of the Coniferous Forests

Being forests, these areas are principally defined by their trees, but there are many varieties of conifers, as well as a number of other plants that thrive alongside them. These forests are known as evergreen coniferous forests that consist of trees equipped with needles like leaves.

Coniferous trees can protect themselves from cold and extreme climate due to the presence of thick bark. They are cone in shape and have very flexible branches that help them to manage and survive even in the time of heavy rainfall and let the snow slip down. The leaves, which are in the form of thin waxy needles, protect the plant from water loss.

The trees are evergreen in the sense that the leaves (needles) of these trees can make their food (photosynthesis) whenever the sunlight is available to them. The dense forest protects the heat and makes the region warm in winters. The pine is one of the toughest covering found in plants that protect the seeds during the harsh and cold winters.

Animals of the Coniferous Forests

Coniferous forests provide habitat for many different animals. Depending on location, animal species and amounts will vary, but most coniferous forests are home to creatures from tiny microbes to large bears.

There are various factors depending on which only a few specific types of animals that can live in the Coniferous forest biome. For example, food is quite scarce within the forests due to the harsh climate, and many of the inhabitants are omnivores and are able to adapt to food shortages.

The majority of coniferous plants are acidic; therefore, plant-eaters must be able to digest acids. The biome’s harsh climate and very low temperatures mean that there are many hibernating animals, and the majority of its inhabitants are warm-blooded animals. All of the animals living in the biome have adaptations that allow them to withstand the cold weather, for example, thick fur coats, and the ability to hibernate or migrate.