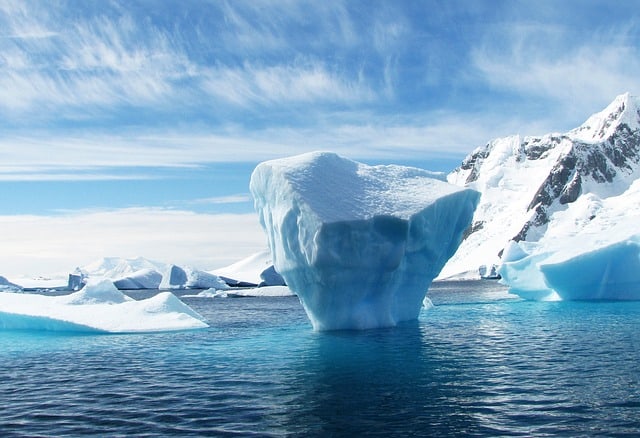 The world may succeed in reducing the emission of greenhouse gases in line with the Paris Agreement, but the 3C to 5C potentially devastating temperature rises in the Arctic is now inevitable as per the research.

There would be at least 3C rise in the winter temperatures above pre-industrial levels by mid-century at the North Pole. There is also a further possibility of an increase in the temperatures of the region between 5C and 9C above the recent average as the UN reported.

These changes in temperatures would cause rapid melting of ice and permafrost that would lead to a rise in the sea levels and warming at potentially destructive levels. Scientists presume that Arctic heating may trigger a climate “tipping point,” resulting in an uncontrollable warming effect owing to the release of the strong greenhouse gas methane from melting permafrost into the atmosphere. Climatologists have already warned about catastrophic consequences for life on the planet due to a series of ‘tipping points.’

said Joyce Msuya, the acting executive director of UN Environment. “We have the science. Now more urgent climate action is needed to steer away from tipping points that could be even worse for our planet than we first thought.”

The findings gave a clear picture of one of the most sensitive regions of the planet and one that is key to the fate of the climate worldwide at the UN Environment Assembly in Nairobi on Wednesday.

The Intergovernmental Panel on Climate Change disclosing the dramatic impacts of 1.5C of global warming last year omitted the impacts of potential tipping points like melting permafrost in its striking warnings.

The global temperature will cross the 2C set as the target of safety under the Paris Agreement if the melting permafrost triggers a tipping point. As per UN study, despite global carbon emissions are held within the limits of the Paris Agreement, half of Arctic permafrost could nearly disappear.

The study from UN Environment stated that in case all carbon emissions were to be stopped immediately, there would still be a temperature rise of 5C and more by the century’s end in the Arctic region than the baseline average from 1986 to 2005.

“Looking at the monthly figures, it’s as if you can see the planet ‘breathing’ as the levels of CO2 fall and rise with the seasonal cycle of plant growth and decay in the northern hemisphere,” said Prof Richard Betts, at the Met Office’s Hadley Centre. “The graph is a thing of beauty, but also a stark reminder of human impact on climate. Each year’s CO2 is higher than the last, and this will keep happening until humans stop adding CO2 to the atmosphere.”

As excessive carbon has already been released into the atmosphere, and the oceans are already storing excessive heat, the impact will be gradually felt by changes at the poles and weather systems around the globe, and that will be felt for decades to come.

The assembly heard that the objectives of the Paris Agreement 2015 on climate change still need to be fulfilled along with the further action to stave off some of the worst warming effects in the near term. “We need to make substantial near-term cuts in greenhouse gas emissions, black carbon and other so-called short-lived climate pollutants all over the world,” said KimmoTiilikainen, Finland’s environment minister.

As per previous research, if drastic cuts are made to black carbon and short-lived pollutants like methane, the warming could be reduced by more than 0.5C.