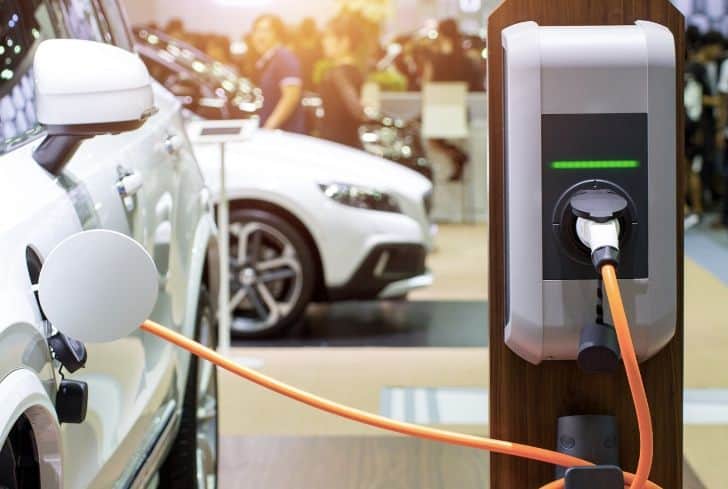 The electric car (EV) is a relatively new concept in the world of the automotive industry. Although some companies have based their entire model of cars around being proactive and using electricity, some also offer hybrid vehicles that work off both electricity and gas.

An electric car such as Nissan Leaf, Ford Focus Electric or Tesla Model S, Chevrolet Volt is a great way for you to not only save money but also help contribute towards a healthy and stable environment.

Cars produce a lot of carbon emissions that are ejected into our natural atmosphere, leaving us vulnerable to things like pollution and greenhouse gases. In order to positively help the environment we live in, an electric car is a great step forward.

By buying an electric car, you can also receive government subsidies for being environmentally conscious. Although you may end up paying more for your vehicle, the positives greatly overshadow the negatives. However, there are still two sides to consider when you’re thinking about investing in an electric vehicle.

EV’s get their power from rechargeable batteries installed inside the car. These batteries are not only used to power the car but also used for the functioning of lights and wipers.

Electric cars have more batteries than a regular gasoline car. It’s the same kind of batteries that are commonly used when starting up a gasoline engine. The only difference comes in the fact that in electric vehicles, they have more of them, which are used to power the engine.

Advantages of an Electric Car

An electric car can be a great way for you, as a consumer, to save a lot of money on gas. However, there are so many different reasons why you should invest in an electric car in the modern-day of technology.

Electric cars are entirely charged by the electricity you provide, meaning you don’t need to buy any gas ever again. Driving fuel-based cars can burn a hole in your pocket as prices of fuel have gone all-time high.

The average American pays about 15 cents a mile to drive a gas-powered vehicle, whereas many electric cars run on five cents a mile. Electricity is largely less expensive than gasoline.

If most people charge their cars in the garage installing a few solar panels, that price can get cut even further, offering savings on powering your entire home. With electric cars, this cost of $2000 – $4000 on gas each year can be avoided.

The electric vehicle is easy to recharge, and the best part is you will no longer need to run to the fuel station to recharge your car before hitting the road! Even a normal household socket could be used for charging an electric car.

These cars can be fuelled for very low prices, and many new cars will offer great incentives for you to get money back from the government for going green. Electric cars can also be a great way to save money in your own life.

The biggest advantage of an electric vehicle is its green credential. Electric cars are 100 percent eco-friendly as they run on electrically powered engines.

It does not emit toxic gases or smoke in the environment as it runs on a clean energy source. They are even better than hybrid cars as hybrids running on gas produce emissions. You’ll be contributing to a healthy and green climate.

EV’s are growing in popularity. It is nearly three times as efficient as cars with an internal combustion engine, according to Wikipedia. With popularity comes all new types of cars being put on the market that are unique, providing you with a wealth of choices moving forward.

Electric cars undergo the same fitness and testing procedures test as other fuel-powered cars. An electric car is safer to use, given their lower center of gravity, which makes them much more stable on the road in case of a collision.

In case an accident occurs, one can expect airbags to open up and electricity supply to cut from the battery. This can prevent you and other passengers in the car from serious injuries. They are even less likely to explode in the absence of any combustible fuel or gas.

Earlier, owning an electric car would cost a bomb. But with more technological advancements, both cost and maintenance have gone down.

The mass production of batteries and available tax incentives further brought down the cost, thus, making it much more cost-effective. Consult a tax specialist to learn more about any tax credits that might be available to you on the state or federal level.

Electric cars run on electrically powered engines, and hence there is no need to lubricate the engines, anything related to the combustion engine or a ton of maintenance tasks that are usually associated with a gas engine.

Other expensive engine work is a thing of the past. Therefore, the maintenance cost of these cars has come down. You don’t need to send it to the service station often as you do for a standard gasoline-powered car.

Electric cars put a curb on noise pollution as they are much quieter. Electric motors are capable of providing smooth drive with higher acceleration over longer distances. Many owners of electric cars have reported positive savings of up to tens of thousands of dollars a year.

The full capacity of a lithium-ion battery cell should be good for 300 to 500 cycles. A good battery could last you up to ten years. With the improving technologies, the cost of these batteries is expected to come down even more.

In the world of automobiles, electric cars have the simplest driving method. Commercial electric cars come with a transmission comprising of only one really long gear and also don’t suffer from the stalling problem as petrol cars do.

This effectively eliminates the need to add a clutch mechanism to prevent that from happening. Therefore, you can operate an electric car with just the accelerator pedal, brake pedal and steering wheel.

Another really useful feature is regenerative braking. In normal cars, the braking process is a total wastage of kinetic energy that gets released as frictional heat. However, in an electric vehicle, the same energy is used to charge the batteries.

Considering the demand for oil will only be going up as the supplies run out, an electric car will most likely be the normal mode of transportation in the coming future.

Companies like Nissan and Tesla offer great electric models with an outstanding amount of benefits for people who decide to invest. You’ll be saving not only yourself but also your family a huge amount of money.

The environmental impact of an electric car is zero, as well, meaning you’re reducing your carbon footprint and positively affecting the economy.

Disadvantages of an Electric Car

Although the evidence of the positives has become very clear, there are also some downsides that each individual needs to consider before they decide to make an electric car their next big investment. These reasons are:

2. The Initial Investment is Steep

As EVs are very new, you may be surprised when you take a look at the sticker price for EVs. Even the more affordable brands can be around $30,000 to $40,000.

If you’re looking for a luxury option, you may be paying $80,000 or even more. Though technology is advancing and the price to produce electric cars continues to drop, you still have to pay $10,000 to $50,000 more for an EV than for a gas-powered car.

Electric cars can also be a hassle on your energy bill if you’re not considering the options carefully. If you haven’t done your research into the electric car you want to purchase, then you may be making an unwise investment.

Sometimes electric cars require a huge charge to function properly – which may reflect poorly on your electricity bill each month.

Electric cars are limited by range and speed. Most of these cars have a range of about 50-100 miles and need to be recharged again. You just can’t use them for long journeys as of now, although it is expected to improve in the future.

While it takes a couple of minutes to fuel your gasoline-powered car, an electric car takes about 4-6 hours and sometimes even a day to get fully charged.

Therefore, you need dedicated power stations as the time taken to recharge them is quite long. Thus, the time investment and necessary planning do put some people off.

There are some kits that can cut the charging time down. But again, that is going to be an additional investment. So consider that, too.

6. Silence as a Disadvantage

Silence can be a bit disadvantage as people like to hear the noise if they are coming from behind them. An electric car is, however, silent and can lead to accidents in some cases.

Most of the electric cars available today are small and 2 seated only. They are not meant for the entire family, and a third person can make a journey for the other two passengers a bit uncomfortable.

Depending on the type and usage of battery, batteries of almost all electric cars are required to be changed every 3-10 years.

9. Not Suitable for Cities, Facing Shortage of Power

As electric cars need the power to charge up, the cities that already facing acute power shortages are not suitable for electric cars. The consumption of more power would hamper their daily power needs.

The market today for electric cars is expanding, with no signs of slowing down. However, the truth is that there are fewer options to customize and choose the aesthetics of your EV.

At the same time, the vast amount of customization is available with traditional cars. This is likely to change over time, but for many people, it is going to be a disadvantage.

Electric vehicles are also not 100% emission-free; they cause a little amount of pollution indirectly. The batteries and electricity needed for charging are not necessarily generated from renewable energy sources.

12. Some Governments Do Not Provide Money Saving Initiatives to Encourage You to Buy an Electric Car

Just because there is a variety of factors doesn’t mean they have to be overwhelming. Doing a fair bit of research into different models, and maybe even hybrids will help you make an accurate decision moving forward. However, no matter how you look at it, an electric car can save our precious environment.