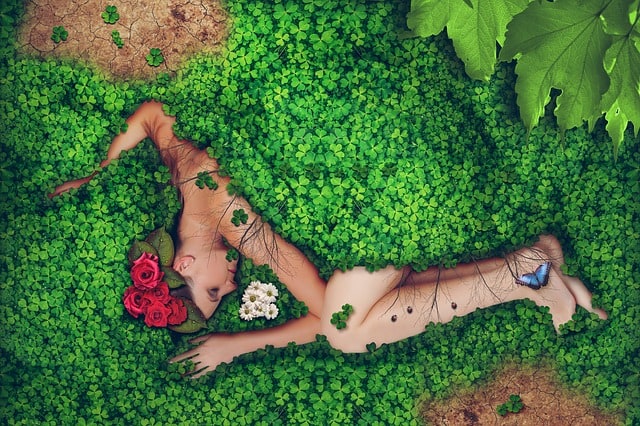 Global warming is a subject that has elicited heated and endless debates. It is one of the biggest threat facing humans right now. Some thought global warming was a hoax manufactured by some leaders to prevent further extraction and use of fossil fuels. However, the effects have become apparent today, including changing weather patterns, leading to massive crop failures, occurrence of more killer storms, rising sea levels that threaten to submerge many islands and displace millions of people, widespread extinction of plant and animal species and disappearance of coral reefs. The major contributor to global warming is burning of fossil fuels, which emit vast amounts of greenhouse gasses. Examples of greenhouse gasses include Carbon dioxide, methane, nitrous oxide and fluorinated gasses such as perfluorocarbons, nitrogen trifluoride, sulfur hexafluoride and hydrofluorocarbons.

For life to be sustained on planet earth, the right balance of carbon dioxide must be maintained in the atmosphere. This is achieved by neutralizing the excess carbon dioxide disseminated into the atmosphere through human activities such as burning fossil fuels, driving automobiles, using home appliances, and heating and cooling homes. However, no matter the level of commitment we put, it’s almost impossible to dodge all emissions that contribute to our carbon footprint. This is where carbon offsets come in.

Carbon offsets are programs designed to counterbalance or green our unavoidable footprint by buying carbon credits from carbon credits trading exchange companies. Simply stated, carbon offsets are credits for greenhouse gas cutbacks garnered by one individual or entity that are able to be purchased and utilized to offset(compensate) the emissions contributed by another individual or entity. Carbon offsets are normally measured in tons of CO2-equivalents, commonly abbreviated as CO2e. A single carbon offset resembles a decrease of one metric ton of carbon dioxide. They are purchased and sold through traditional platforms, international brokers and online retailers.

In other words, carbon offset is nothing but investing in projects that reduce or avoid CO2 emissions or greenhouse gases to reduce their carbon footprint in a bid to save the world from drastic climate changes. Carbon offsetting is a kind of damage control. In order to compensate for the deadly carbon emissions, individuals or businesses purchase carbon offsets which means the emissions of Carbon-dioxide and the other harmful greenhouse gases are controlled and reduced elsewhere. You can calculate your carbon footprint here.

Carbon Offsetting projects are aimed at reducing the carbon dioxide or greenhouse gases (GHG) emitted in the atmosphere. The results of these projects may be immediate or long term depending on the nature of the project. Let us take unconventional sources of energy or for that matter renewable sources. When we look at the investments in wind farms or hydro-power plants installed at dams they are nothing but investments to reduce carbon emissions via carbon offsetting. More examples of carbon offsetting would include afforestation, solar energy models, disposal of industrial and agricultural by products etc.

How do Carbon Offsets Work?

In the compliance market, a government agency puts a cap on greenhouse gas emissions for specific entities. Entities are required by law to strictly abide by the greenhouse gas limit. They accomplish this by cutting back emissions from their own operations. They can realize these emission cutbacks by adding accessories to their facilities that increase efficiency, while minimizing emissions, or replacing their old vehicles with new generation, cleaner-burning automobiles. If an entity manages to cut back on its emissions below the requirement level required by law, it is allowed to sell credits for these additional cutbacks to other entities that have difficulties minimizing their emissions in order for them to comply with minimum emission requirement.

The voluntary market, on the other hand, lets any person or entity balance out their carbon emission by bankrolling projects that spearhead campaigns geared towards reducing greenhouse gas emissions. Carbon offset projects may confine and store these gasses, preventing any release into the atmosphere. Carbon offset projects may include planting and maintaining forests, or investing in renewable energy resources such as solar wind and geothermal, alleviating the need to generate power using fossil fuels that mightily contribute to emissions. A carbon offset project may also include destroying greenhouse gasses already in the atmosphere by capturing and neutralizing methane gas in landfills.

Governments alone cannot comprehensively deal with the climate change crisis. The only surefire way is to coordinate with the private sector, investors and businesses through the carbon offsetting scheme. With that in mind, let’s look at the pros of carbon offsetting in detail:

Carbon offsetting gives a solid statement and credibility in the efforts to minimize greenhouse gas emissions. It’s practical as it goes beyond the usual talk and target setting associated with policy making. This is pretty evident by the number of businesses and individuals flocking this demographic to ensure a clean and safer world.

With respect to how carbon offsetting works, the voluntary market allows individuals or entities to balance out their carbon footprint by funding projects aimed at reducing emission of greenhouse gasses. These projects include installation of solar panels, wind turbines and setting up geothermal energy systems and plants. This funding will help drive up the pace of renewable energy development.

See also  Do You Need to Turn off Solar Panels to Clean?

Paying for carbon offsets can quantify the real cost of damage done to the environment by greenhouse gasses. Governments and other institutions can use this data to formulate accurate budgets around carbon neutrality.

Carbon offsetting requirements will push business to invest a lot on inspection programs in order to identify hot spots (areas that mightily contribute to greenhouse gas emissions), allowing maintenance and sealing off of those hot spots. This saves the business a lot of money to buy carbon credits when it emits more greenhouse gasses than the minimum requirement by law.

Carbon offsetting allows the owner to get to grips with the company’s carbon footprint. The carbon footprint is measured to determine the actual figures and measures are taken to reduce them before any offsetting is initiated. The owner also gets the opportunity to engage with offset project developers and learn the ins and outs of carbon emission and reduction.

As you engage in carbon offsetting, you’ll be faced with challenges relating to how you spend your budget. Carbon offsetting will help you determine if it’s worth spending your money on paying for carbon offsets or plow it into the business to reduce carbon emissions internally. The bottom-line is: they all knit together as it’s virtually impossible to reduce your emissions completely.

Buying carbon credits could be leveraged as a means to dodge the need to minimize emissions by simply purchasing credits with zero investment in clean, renewable energy.

Carbon offsetting is a complicated process. First, you need to get individuals and entities on board and get them to pledge their commitment to reducing carbon emissions. Then, there is the logistics involved in buying the carbon credits, which may require third party involvement. Payout systems are also complicated. On top of that, the fact that it involves invisible commodities, the chance of being gamed is high.

The main beneficiaries of carbon offset schemes are the traders, NGOs, and lawyers. Project developers don’t benefit a lot, yet they are the brains behind the project.

Project developers have to go through the complex red tape to get the necessary permits. This could take months. This aspect also means that only large projects stand a chance to fund development costs.

All the carbon offset projects should be:

Real: These carbon offset projects should not displace emissions elsewhere.

Permanent: They should aim at reducing or avoiding emissions permanently

Verifiable: The emissions that are reduced by these projects should be verifiable by third party to ensure that emissions have actually been reduced.

There are two levels at which carbon offsetting is conducted. Let us begin by understanding the large scale compliance market. In the large scale compliance market, the participants are national governments, corporate companies, non-governmental organizations, international organizations etc. They invest carbon offsets as a part of their social responsibility as well as to keep a tab on the total permissible amount of green house gas emissions. The need to invest in the same is also in order to adhere with the several guidelines that they are expected to follow like under the Kyoto Protocol Annex 1 parties. One can usually see a corporate company invest in wind farms or an energy efficiency model as their choice of a carbon offset project.

As per the Carbon offsets daily’s observation in their 2008 piece ‘Brands and carbon offsets‘, in this smaller market also called the voluntary market, approximately $705 million carbon offsets were sold. When calculated this amounts to approximately 123.4 million metric tons of carbon reductions. This level for carbon offsetting exists at a much smaller level as compared to the first. However it is an integral part. Herein individuals or companies etc invest in employing carbon offsets to battle greenhouse gases on a more smaller and personal level. They try to control and curb the emissions from the greenhouse gases emitted while using modes of transport, electricity, combustion of fuels on a domestic level among other smaller chores.

Let us take a look at various Carbon offset projects.

Under Fuel efficiency projects a combustion device is replaced by one utilizing less fuel per unit of provided energy. This is believing that the energy demand does not change.

Energy-efficient buildings help control the energy wasted in buildings. They employ efficient heating, cooling and/or lighting systems. A good example of the same would be the the replacement of light bulbs with fluorescent lamps. This can curb energy consumption to a great extent.

There are several controversies related to carbon offsetting, however it is seen as a worthy eradication to the harm done.