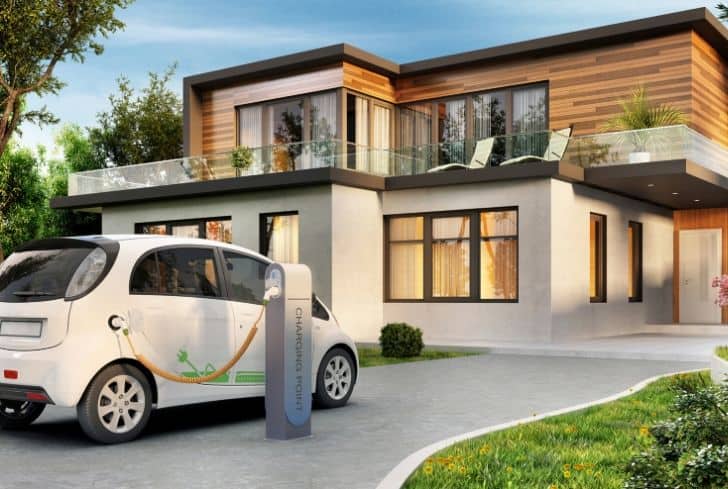 Electric cars have lately been dominating the international scene, with cars across all niches. Still, consumers show some degree of stigma – saying that the cars are not well-rounded for daily use. However, things are changing very fast as more and more electric charging stations are being set up to power the cars within cities and on highways.

Therefore, if you anticipate buying a new car, first consider your commitment to saving the planet. Owning an electric car is one of the best ways to help the environment because by having it, you’ll actually reduce carbon emissions by up to take three tons annually. Besides joining the fight against global warming, here are 30 awesome reasons why your next car should be electric.

30 Mindblowing Reasons Why Your Next Car Should Be Electric

1. They are cheaper in the long run. The maintenance costs of electric vehicles are much cheaper given that there are fewer moving parts in electric cars compared to the petrol-powered ones. This means that the electric car does not frequent the garage for things like oil checks and servicing.

2. Reduced Emissions. Electric cars draw the energy to drive their wheels from battery parks that run on electricity rather than mechanical engines that are powered by fuel as seen in more conventional vehicles. The result is that these cars do not produce any gases in form of exhaust thus reducing the environmental pollution.

3. Cleaner air. The adoption of electric cars will lead to lessened amounts of smoke produced by vehicles. The reduced smoke levels translate to less smog in the air and in cities with smog problems due to the high numbers of cars, electric cars reduce the amount of polluted air in the atmosphere leading to cleaner air.

4. Time saved. Electric cars can be charged at your house. This means that instead of having to head to a gas station to get your petrol, an individual can have the car charge overnight while they are at home and wake up in the morning ready to use their car. This convenience is a time-saving gift for the owners of electric cars.

5. Reduced dependency on oil. The adoption of electric cars reduces the amount of oil that a nation imports in order to provide energy for its nation. This is an issue because as we know, most nations import their oil as local production is not enough. It translates into dependence on foreign nations and the prices they set for energy. Electric cars however are powered by electricity from the nation meaning the country maintains independence.

6. Quiet drive. Electric cars do not have loud combustion engines. This makes for a very quiet driving experience. Considering that most car users drive within the city, the noise of vehicles has become an integral part of their daily lives, and at times more of an annoyance. The electric car however moves towards eliminating this with its quietness, providing a relaxed environment for the driver and the environment alike.

7. More energy efficiency. Electric cars have a very high-efficiency rate. Energy is transferred more efficiently from the motor to the wheels in these types of cars compared to petrol cars. This usually translates into the faster transfer of energy or engine power without overly experiencing people to buy petroleum engines.

8. Electric cars last longer. Given that electric cars have fewer moving parts as compared to petrol-powered engines, they are less susceptible to loss of parts due to wear and tear. This gives them a longer life which benefits the users of the car as well as reducing the amount of waste that the car produces in unsalvageable spare parts.

9. More reliability. Electric cars tend to be more reliable as they have fewer parts likely to spoil. This means the car does not suffer from stalls and other problems as often as petrol-powered cars and makes the maintenance cost extremely favorable.

10. Cheaper energy. Oil prices are mainly controlled by a select group of countries. The trend is usually not beneficial to open markets as they can decide to hike prices. However, hydroelectric power and other renewable sources of producing energy allow for cheaper production as the systems are not as expensive as oil drilling. The transport costs for electricity are also much cheaper.

12. No pumping petrol or diesel. With electric cars, there is no need to visit the gas stations. This means that using electric cars is much safer and environmentally friendly than oil engine cars.

13. It encourages constant upgrading. Car companies have taken to increasing their market share in the electric car market due to the continued adoption of the technology. This has provided an incentive for the companies to continue upgrading their technologies so as to remain competitive and produce better cars for consumers.

15. Status symbols. Electric car brands like Tesla have now become status symbols with luxurious designs and meshing of their functionality with regards to environmental consciousness. Moreover, these cars have a ‘cool factor’ associated with them. There are even Formula 1 style races that exclusively feature electric cars to promote their performance capabilities.

See also  What is Earth Day: Facts and Significance

16. Energy security. Due to the need for importing into countries, the energy source can be controlled if more and more people opted for electric cars. Forced shortages such as those experienced in the ’70s make the dependence on oil dangerous. However, with the exploitation of clean energy sources to produce electricity, various countries can protect their interests without undue outside influence on the basis of establishing oil trade relations.

17. Electric cars are simply a better option as opposed to hybrids. While there are other environmentally conscious options such as hybrid cars that work with both petrol and electricity, they are very complicated and tend to be harder to fix than pure electrical cars. They also have more parts than electric cars which means there are more things that can cause problems. This makes electric cars a better option.

18. Increasing infrastructure. With the increased adoption of electric cars, there is an increasing number of charge point stations to service these cars. The charge points make it convenient to acquire energy within cities making the systems more adaptable. As a result, better infrastructure is built to cater to the novel needs of electric vehicles.

19. Health Benefits. Electric cars reduce exposure to harmful gases that are traditionally emitted from the exhaust. From lead to sulfur oxides, there are very many gases that fuel-powered cars produce from their exhausts that end up hurting individuals and the environment. These gases cause diseases such as lung cancer and breathing complications. With electric cars, drivers are no longer exposed to these gases.

20. Coordinated adoption of Green energy. Adoption of electric cars opens up individuals to also invest in other clean energy sources. This includes integrating solar panels on their cars to generate energy as they move along, or using solar powered systems in their homes. Ultimately, it reduces individual carbon footprints and provides incentives for continued growth for renewable energy companies and their technologies.

21. Benefits to the local businesses. Adopting electric cars also promotes local industries or utilities. This comes in the form of using electricity from the local region as well as having the production lines for parts in the locale where one buys them.

23. Used electric vehicles are cheaper. If one is looking for an option to transport, then used electric cars offer the cheapest prices. This benefit is compounded by the point that the maintenance costs of electric cars are much cheaper compared to petrol-fueled alternatives.

24. Probable rise in the price of cars. With the increased adoption of electric cars due to their advancing technology, there is a probability that the prices of the cars will rise to meet the anticipated increasing demand.

25. Convenience. Electric cars are extremely convenient, especially in the cities where they are most likely to be adopted. The reason for this is that within such cities, there aren’t large expanses to drive the cars. These cars also receive special privileges such as parking spaces and exemption fees which make them very attractive for city living.

26. It’s better and more fun to drive. Electric cars have better transmission of torque from the motor to the wheel, faster responses and more technological bells and whistles compared to petrol-powered cars. This makes them more fun to drive and ideal for thrill-seekers. They also perform at par with the hottest exotic brands in terms of speed and horsepower and this means that your fun has the added benefit of protecting the planet.

27. General peace of mind. With reduced costs and increased reliability and longevity due to fewer moving parts, the electric car makes a strong argument for those who seek to have peace of mind. The quietness of the cars is also an added benefit as it gives a relaxed atmosphere for journeys while allowing one not to worry about their health due to exhaust fumes.

28. Variety. Electric cars have now started being produced by various companies which means that one has a large variety of car styles and brands to choose from. From the data by Teslas to Nissans, one can have their pick of the various car models and choose one that most fits their tastes.

29. Shorter driving times. Electric cars are limited on how far they can go on one battery charge. However, this is a good thing as it helps promote other means of travel such as the bus and bicycles. These options allow one to explore their regions more intimately and reduce the amount of traffic on the road meaning that when you do take your car out, the streets are less congested.

30. They’re the new cool toy. Electric cars are just cool. Driving a machine that functions like a tool pulled out of a science-fiction dream makes the inner child in all of us excited. This thrill is one of the most endearing facts that make electric cars such an attractive purchase.