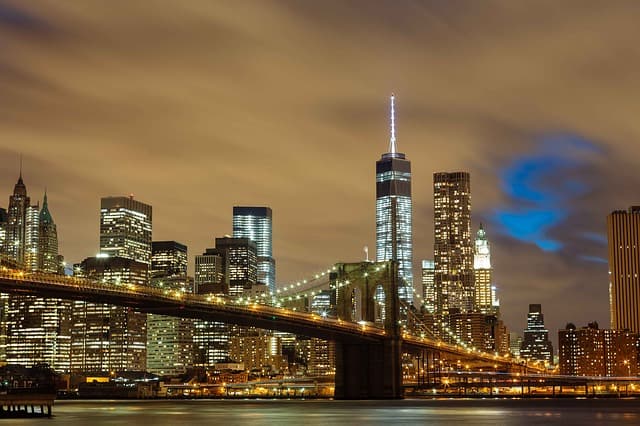 The world’s magnificent cities not only dwarf run-of-the-mill metros with their lofty skyscrapers but also push out waste that doubles their skylines. This supply chain feeds on a gigantic annual consumption splurge that creates a precipice of waste for most of these cities.

Waste is an agonizing issue in megacities-cities estimated to have more than 10 million inhabitants. As a result, the sporadic growth of urban populations continues to open a new can of worms for the waste management department.

These cities gobble up more water and energy while producing waste astronomically each year. For poor countries, inefficient waste management accelerates the rate of disease as toxins seep into waterways, leading to irreversible environmental pollution.

London churns out too much waste and only 52% goes to recycling. However, Defra’s UK waste statistics depicted a sharp rise in the city’s overall recycling rate in 2017. Rubbish2Go, a waste removal service provider, reported that London spews up huge amounts of junk, 428.8kg of municipal waste per person annually.

Interestingly, London’s waste disposal companies have increased the recycling rate unburdening the landfill. London’s heavy reliance on primary and secondary industries as the backbone of its economy promotes the consumption of recycled ingredients. The city is blazing the trail in creating a thriving, resilient metro that cuts down waste significantly with a circular economy along with a solid policy framework.

Service-oriented economies like Hong Kong exacerbate waste management problems as this inhibits their capacities to garbage down raw or recycled materials locally. As a result, more than 90% of waste is exported for recycling overseas. Moreover, countries that once provided a dumping ground have further passed more stringent import control legislation recently. The city now grapples with overkill landfills that overburden its capacity.

Hong Kong government statistics show its quantity of disposal increased by 0.2% to 2.34 million tonnes in 2017 compared to 2016. Disposal of total solid waste at landfills in 2017 clocked in at 15,516 tpd. The Environmental Protection Department created a waste recovery and recycling policy framework in 2005.

In the same breath, the disposal quantity of commercial waste rose compared to domestic trash between 2016 and 2017. Commercial waste recovery improved due to higher consumption activities. The increase has been attributed to a robust local economy. But even this has not made it easier to offload all its waste careening it to the precipice of dwindling landfills.

New York too wrestles aggressively to topple other monster cities from the top spot of the most wasteful capitals. The city’s per capita energy use could power the grid of more than ten developing countries. Nestled in one of the coldest places on earth, New York sucks up more heat, which increases the total energy usage. One New Yorker dissipates 24 times the electrical energy of a resident in Kolkata, India while spewing 15 times equal solid waste.

But the smoking gun comes from New York’s protruding metro region with vast plateaus of suburbia and satellite metropolis snaking their way across three states rather than its heartland. In the United States, suburbanites leave more extensive carbon footprints than folks thriving in the city’s center. The center runs a tight ship with aggressive recycling projects that extend outside plastics, paper, and metals to compost food waste.

As a key player and powerhouse of the global economy, New York has rolled up its sleeves to enhance its sustainability. The city’s mayor rolled out a 10-year plan mapping out more efficient energy consumption and waste management. The ball is in the authorities’ court to wipe out its tainted image.

Tokyo’s easily finds its place in the top three list of the world’s most squandering cities bearing in mind it rules the roost as the most populous city worldwide. The city’s mammoth population of 37 million keeps it light years ahead of New York or Mexico with 18 million and 20 million people respectively. However, Tokyo has lower waste levels notwithstanding it has double the population of New York. Advanced waste disposal technology has put Tokyo at the top of the chart of the cleanest and zero-waste cities on the planet.

Tokyo which has 12 million more people than New York, but yet the city uses less energy. The city boasts a sustainable urban policy and design that addresses waste-related factors such as size, geographical region or wealth. Buoyed by a greener urban infrastructure, an expansive public transit scheme, it guzzles less fuel than other wasteful cities in this list. The city has managed to slash down water leakage from its conduits to merely 3%.

The next closest culprit is Mexico City with 70% of its trash destined for illegal dumps. The densely inhabited megacity has a ballooning consumerist culture where you buy unconsciously, and dispose of a humongous landfill of trash. Among the world’s mega-metropolitans, Mexico City disgorges the most junk after the New York swathes: 12m tonnes per year. Mexico City throws up 1.8 kilos of garbage per person. This translates to 16.5 million kilograms of waste per day in the nation’s capital.

The city closed one of the earth’s most expansive landfills and contracted to erect a biogas plant at the heart of the wasteland. Turning sludge into fuel has the potential to help the city hit the emission reduction limits declared by its Climate Action Program. Two decades after its launch, the landfill had sprawled out to 370 hectares with more than 70 million tonnes of waste towering 17 meters. The city began generating energy from the landfill biogas to capitalize on its vast pool of garbage for nature restoration. With dynamic recycling, compost and waste management, it may steer clear of soaring landfills.

The cities plagued by teething waste problems like London or Tokyo have rebuilt their reputation by tackling challenges head-on. Stacked up against metropolis from developing countries, these cities perform better due to their state-of-the-art waste collection and disposal systems. Underprivileged cities like Manila and Bangalore lack the infrastructure to recover or process garbage. Mumbai is digging itself deeper into a mountain of trash.