Pine is a gorgeous coniferous tree found commonly in hilly and cold areas. There are various types of pine trees with varying heights according to their location, soil and weather conditions. They are a wonderful addition as landscape plants in the form of hedgerow planting.

Are you wondering whether pine is a flowering or a non-flowering plant? In this article, we will help you know all about how it reproduces and how it is different from other flowering plants.

Is Pine Tree a Flowering or a Non-flowering Plant?

The pine tree is a non-flowering plant belonging to a class of plants called gymnosperms. Gymnosperms are seed-bearing plants such as conifers in which the seeds are naked and not stored in an ovary. Angiosperms, on the other hand, are flowering plants that reproduce through flowers.

Pines produce cones instead of flowers and fruits that are pollinated in the spring months.

Non-flowering plants produce from seeds or spores unlike flowering plants. Pine trees are unable to produce flowers. Unlike the flowering plants that produce enclosed seeds, pine produces naked seeds. Naked seeds mean that they are not wrapped in fruit. Instead, they grow on the scales of a cone. These seeds are pollinated by wind.

Why is a Pine Tree Not a Flowering Plant?

Unlike flowering plants, pine trees produce naked seeds that are protected in pinecones. Flowering plants are angiosperms that reproduce through fruits and flowers but pines are gymnosperms that do not produce seeds. Their seeds are uncovered.

The seeds can be used to grow the plant. Although growing pine from seeds is difficult, it is not impossible. With some patience and determination, you can grow them in your garden. Pine seeds are attached to a wing-like thing that enables its dispersal and helps in the pollination process.

Pine cones fall on the ground in the fall and you can collect the seeds by gently shaking them and use them to grow plants. It is from these fallen cones that the trees in the wild also grow.

How Do Pine Trees Reproduce?

Pine trees reproduce from seeds that are produced within pine cones. These evergreen trees are adapted to survive in snowy areas. These gymnosperm plants produce two types of cones – male and female. Let us learn more about them.

The male cone containing the pollen appears in clusters and has an elongated shape. The male cones remain unopened throughout the process of reproduction. Female cones are much larger and open than male cones. It is when the female cones open that the pollination process starts.

When the pollination process begins, pollen is transferred from male to female cones through wind. This process can take up to one year in most species. After pollination, the female cone develops seeds and opens. Once it is open, the seeds start to fall out and new plants form from fallen seeds.

When Do Pine Trees Bloom?

Even though pine trees do not produce flowers, they still have a blooming season in which they produce cones. Female cones that are significantly larger than the male cones eventually open for reproduction in the spring months of April and May.

When the pollination season ends, the male cone falls on the ground. It is during the spring months that the pollen is in the air and some people who are allergic to pine pollen get sick.

Conifers like pine trees produce flower-like structures called cones but not true flowers in spring. Some immature cones are short-lived and appear in the summer months. Male cones release pollen and range from pink to purple color while female cones have unfertilized seeds.

How Do I Know What Kind of Pine Tree I Have?

There are about 125 species of pine trees and are characterized with needle-like leaves and are found in cold areas. They can also be identified with the egg-shaped cones that hang down from the branches.

A few pine varieties have large cones with long and straight scales while a few others have slightly smaller cones. The easiest way to identify Pines is through needles. Pine species like white, yellow, and red can be identified with the number of needles in a bundle.

You can also look at the needle length to determine the species. For example, Longleaf pine has the longest needles of about 18 inches while the Foxtail pine has shortest pines of one inch.

See also  What To Plant Under Pine Trees?

Hard-needled pines include the red pines and yellow pines such as the Jack pine and the Ponderosa pine have two to three hard needles per bundle. Some common varieties that people grow in hedgerow planting are the Eastern white pine, the Western white pine, the Sugar pine, the Gray pin, and the Red pine.

How Do You Know if a Pine Tree is Dying?

Pine tree is a common evergreen plant found in most parts of the world. And similar to other evergreens, it is also susceptible to pests and diseases that can kill a healthy plant.

Needle discoloration is a sign that helps determine if the pine tree is dead. Usually green in color, the needles turn brown or black when dead. The needles turn gray or green if the plant is suffering from wilting.

Another indicator that indicates that the plant might be dying is excessive needle drop. Normally, pine trees shed needles from late summer to early fall. But diseases and stress can cause it to shed needles earlier.

Sometimes, if you notice the plant’s bark peeling or shedding, it could also be a sign that it is sick or dying. A healthy pine retains its bark throughout the year. If the damage seems minor, you do not need to worry but large missing sections could indicate a possible sickness.

Oozing sap or sap dripping from multiple holes of pine branches is another indicator that the tree might be dying. Sap helps carry nutrients and water from roots to other plant parts.

Cankers or dead spots also indicate that the plant might be sick. These dead spots are caused by fungus and cause plant parts to become sunken, swollen, or discolored. Cankers attract bugs and bacteria that may further cause damage. Once fungus spreads, there is not much that can be done to protect the plant.

How Do You Trim a Pine Tree Without Killing It?

If you do not want to kill your pine plant, prune it at the right time. The ideal time to prune it is in early spring. Avoid pruning from summer to winter as it is difficult for the plant to heal the pruning wounds.

Dead and dying pine wood attracts pests and diseases. Prune the branches as needed and cut them back to healthy branches. Use loopers to trim the smaller branches and saw with a blade to cut the larger branches.

While pruning, remember to remove the diseased and damaged branches and then later, move on to unwanted branches. Never cut the top of the pine tree as it makes the plant prone to diseases and also leads to slow and stunted growth.

Try to keep the tree’s original shape while pruning. If the upper branches are affected and turn brown, it means that the soil is too compact and the plant roots are not getting enough oxygen. Use an auger to drill holes and fill these holes with organic matter.

Can You Eat Pine Nuts From Any Pine Tree?

Pine nuts are simply the seeds of pine trees and cones are their fruits. It is safe to consume most pine nuts as they are rich in protein, minerals, and vitamins. These nuts are in fact used in making pesto and various other dishes.

Pine nuts are healthy to add in diet when used in moderation. They can be eaten raw or roasted in salads, hummus, and other sauces. There are no adverse effects of consuming pine nuts.

According to some research, two tablespoons of pine nuts can be consumed daily. Sometimes, overconsumption can cause bitter or metallic taste called the pine-nut syndrome in the mouth after regular consumption. But after a few days, it disappears.

Even though pine trees are quite common in temperate climates, you will notice that pine nuts are expensive in markets. The reason behind their high price is that they are difficult to shell. Some pine species have very small nuts making it even more difficult to harvest them.

Pine trees are non-flowering plants and come in wide varieties used for landscaping. If you have enough space, grow these plants in a rich and well-draining soil mix in an appropriate location.

Once they are well-established, they demand minimal care and will grow freely. Look for brown needles, dead branches, and oozing sap to determine if it is dying and prune the affected parts. Now that you know all about their growing patterns, varieties and problems, which one are you planning to grow in your garden? 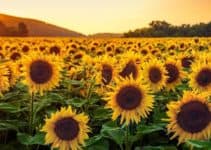 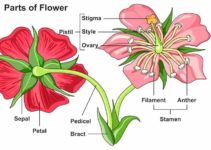 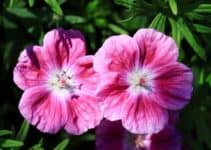 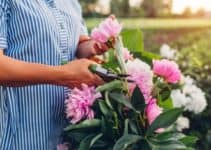 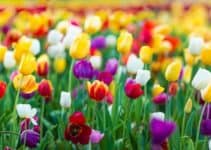 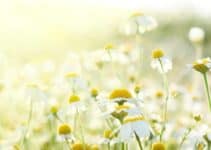