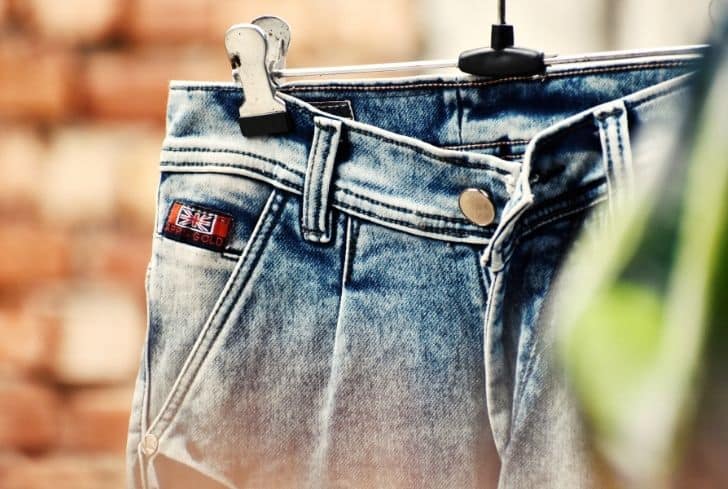 We all love denim jeans! Denim is one of the world’s most iconic fabrics, becoming popular across national and cultural boundaries, with the denim jean becoming a symbol of American culture the world over. The denim has an illustrious history, with the word ‘denim’ coming from serge de Nimes, a particular type of fabric that was produced in the French town of Nimes. Today, the fabric is responsible for apparel items such as jeans, skirts, vests, shirts, blouses and jackets. However, how does the fabric relate to the environment? This article explains:

Well, yes and no! The real answer depends on several factors which include how and what they are made up of, usage of water, durability etc. Denim does have a huge environmental impact as they lead to pollution of local waterways from the dyes used to produce jeans. Also, the cotton crop that is used to make the fabric requires a lot of chemical pesticides. One pair of jeans could require up to 8 gallons of water, which is equivalent to three days of water usage for an average US household.

1. How they are made: If you look at how denim products are made, you will overwhelmingly denounce them as an environmentalist. In the factories, the production process relies on dyes that could be carcinogenic, as well as a disturbing amount of water, in a world where over 10% of the global population lacks access to safe drinking water.

2. What they are made of: The manufacture of denim clothes relies on cotton that is grown using exploitative tactics, requires a lot of water to grow, and has to be sprayed with heavily toxic pesticides. These pesticides are harmful to human health and are an environmental risk.

They can poison waterways, further poisoning anyone who gets into contact with such water, even if they are miles away. They are also grown using a lot of water and the major producing countries, also have the distinction of being quite dry.

3. Their water issue: I know, this has already been covered above, but believe me, denim production is a big issue, in relation to water. Although figures may vary depending on the brand, the production of one pair of jeans could require up to 8 gallons of water, which is equivalent to three days of water usage for an average US household. That is way too much water.

Aside from this, growing the cotton itself requires more water and the pesticides used, poison a lot more. The cotton crop used to make the fabric requires a lot of herbicides and chemical pesticides to keep critters at bay.

1. Their durability: A denim fabric can last quite a long time and a pair of jeans or a jacket made from good denim is probably something that you won’t have to think about replacing for many years. Good quality denim is durable and can make a responsible, sustainable and eco-friendly shopper out of an individual.

2. Emerging trends: Some manufacturers have opted to switch to new technologies to make their denim. This has been necessitated by the public outcry on the real effects of denim on human health as well as the environment. Contemporary denim is being produced in a far more responsible and sustainable manner, ensuring the final product requires less water, fewer chemicals and less energy.

Are Jeans Bad For The Environment?

Jeans rely on cotton whose production requires a lot of water, fertilizers and pesticides. The amount of water for irrigation can be as high as 25 liters per one kilogram of cotton produced and the energy required to prepare the soil is about 60MJ/kg, which is equivalent to 2 cubic meters of natural gas.

This has serious environmental impacts as sometimes, the course of rivers has to be altered to irrigate the cotton fields. The overuse of fertilizers is also making the soils salty and the reliance on pesticides kills organisms and pollutes both the soil and nearby waterways

The production process requires dying, which relies on toxic chemicals. These chemicals affect human health, not forgetting the fact that they pollute the environment. After dyeing, the fabric is rinsed with water, removing excess dye, dried and then sized, to make the yarns stronger. The process pollutes the water and of course the soil.

Contemporary denim fabrics are sustainable, although the same cannot be said about the traditional ones. Also, how sustainable denim is dependent on the manufacturer, with some producing them sustainably, while others using traditional processes.

For the traditional variety, a single pair of jeans required an embarrassing amount of chemicals, thousands of liters of water and energy consumption that has been almost comically outsized compared to the finished product.

According to Frank and Oak, the manufacturing of a single pair of your average jeans required more than 10,000 liters of water. Additionally, the entire process required growing a lot of cottons, which is one of the world’s thirstiest crops. The process also needed dying and washing of the jeans to create coveted fades and styles. This is not even mentioning all the water customers use after purchasing the denim jeans, to wash them.

Today, the world is facing a freshwater crisis and the fashion industry has a lot to make up for, seeing that it is the second-largest consumer and polluter of water.

As a result, many denim apparel manufacturers are producing jeans in a far more responsible and sustainable manner.

These types of denim require less water, fewer chemicals and less energy. Frank and Oak, for instance, have partnered with an eco-certified facility in Dubai that specializes in the research and development of more sustainable denim production.

Such a partnership has helped the manufacturing company implement a new, innovative, and green approach to making your favorite pair of denim. For instance, their supplier recycles 100% of the water they use, along with any waste that comes from their cutting tables.

Denim fabric can last a ridiculously long time and a pair of jeans or a jacket made from good denim is probably something that you won’t have to think about replacing for many years. If well taken care of, it can go for a decade and more.

You do not even need to go for new ones because even second-hand apparel would still be in great shape and last quite a while. The fact that denim is durable, makes you a responsible shopper, will ensure you reduce waste and will help make up for the fact that the fashion industry uses a lot of water and harms the planet.

The Environmental Cost of Making A Pair of Jeans

Producing denim consumes a disturbing amount of water. A study by Levi Strauss & Co found that producing one pair of Levi jeans requires a staggering 3781 liters of water. This is disturbing since over 785 million people of the world’s population do not have access to clean water, putting an alarming perspective on the thirsty denim industry as well as our denim purchases.

Additionally, the bulk of the problem is left upon the driest countries in the world. Pakistan, for instance, has a very large cotton industry but has been in the midst of a water crisis for years

Cotton farming might take up about 2.5% of agricultural land but is responsible for about 16% of all the insecticides and 6.8% of all herbicides used all over the world. Pesticides are highly toxic and offer a dangerous and hazardous working environment for cotton farmers.

According to the World Health Organisation, between 1 and 3% of agricultural workers worldwide suffer from acute pesticide poisoning with at least 1 million requiring hospitalization each year. Additionally, pesticides pollute the soil and nearby water systems, threatening food supplies and creating health risks.

Aside from the overuse of water and the risks caused by pesticides, the denim industry requires the extensive use of harmful chemicals, used in the dying process. Some of the dyes, such as Azo Dyes, are known to release carcinogenic amines.

These chemicals are harmful to the environment and increase the risks on a worker’s health and safety. As such, a shopper has to look for brands that use natural dyes and organic cotton, to avoid funding the toxic processes.

See also  21+ Awesome Reasons Why We Should Recycle More

Sandblasting is a highly controversial technique that achieves the cool ‘distressed’ and weathered look on jeans. The jeans are literally blasted with sand, hence the name, to soften the fabric and wear them down. The process poses significant health risks to workers since the fine dust particles can lodge themselves in their lungs.

The same distressed look or result can also be achieved through stone-washing, sandpapering, brushing, or using lasers. These alternatives are avoided as they are costlier than sandblasting. Even more disturbing is that most companies do not have as much control over or knowledge of their supply chains as they should, and sandblasting could be happening unbeknown to the giant brands.

Al Jazeera uncovered this ugly sandblasting side of the denim industry in 2015 and as soon as the media team visited the Chinese factories, their sandblasting equipment was removed from these factories.

Labor is yet another cost of denim on the environment. Cotton production has its roots in the slave trade that led to slavery in the West and has continued to date. Today, you will find exploitative issues such as child and forced labor in Uzbekistan and India, and the inability to compete with the cost of US-subsidised cotton in West and Central Africa and Brazil, all of which are connected to cotton production and the fashion industry in general. How would these socially demoralized people be able to take care of their environment, when all the profits go to the big corporations, who are exploiting them for profits?

Why Sustainable Denim is the Need For the Future?

The plain truth is that we need sustainable denim, now! Denim requires a lot in terms of water, energy and labor, at the same time compromising human and the environment’s health through toxic dyes, herbicides, fertilizers and pesticides. With a sustainable way of making denim, the process would require a lot less.

It would save up on water that is critically needed by millions of people, it would do away with exploitative labor practices such as forced child labor and forcing workers to endure sandblasting and its dangerous effects, and would save our soils and waterways.

It is also fair to say sustainable ways of growing cotton for the fashion industry would not have relied heavily on slavery as it did over 200 years ago in the United States.

A sustainable denim industry would make us into responsible and sustainable shoppers as well. Manufacturers would also develop or rely on recently developed technologies that see a sustainable manufacturing process. Attaining 100% organic and eco-friendly denim is an unattainable dream, but little steps in that direction would bring about significant changes.