If you have a feline friend or two in the home, you will surely agree that cat litter is a godsend. The clumping material ensures that your home smells clean and fresh, free of the characteristic odor of kitty fecal waste and urine.

But yearly, manufacturers of this material mine two million tons of sodium bentonite clay, the base substance for clumping cat litter. The redeeming grace is you can have cat litter made from organic matter like cedar chips, newspaper, corn cobs, and sawdust, among many other options.

We are here to discuss the environmental impacts of cat litter. Statistics show that the cat litter market was worth 1.1 billion dollars a few years back and promises to grow significantly by 2025. This blog post will examine the biodegradability of such a highly-consumed product. Let’s go!

If cat litter is made from sodium bentonite clay, it is not biodegradable. The clay is not an organic matter, merely a natural resource. Therefore, it does not break down like other previously living organisms do. You may think cat litter made from clay is biodegrading or breaking down, but it only shrinks into smaller portions.

Cat litter is a godsend if you have cats. These creatures are so clean that if you don’t empty their litter box, you will find one or two surprises in your clothes.

During your first attempts at raising a cat, you may have discovered some feline poop in your shoe or under your bedspread. Since the discovery of cat litter, it is safe to say that cat owners no longer need to live with the unbearable odor of cat fecal matter.

Their urine does not smell better, either. So, cat litter that clumps is the best thing to happen, and the industry is growing yearly.

We know this is the saddest news for households who have just started to enjoy the harsher parts of raising cats, but cat litter is not biodegradable. Based on the material it is made from, sodium bentonite clay, it is safe, and saddening to say that microbes cannot break it down.

However, cat litter left in a particular area for long enough will disappear before you know it. It is not disappearing, at least not in the conventional way that biodegradation occurs.

Instead, the clay is only getting smaller, breaking into littler sizes as time passes. 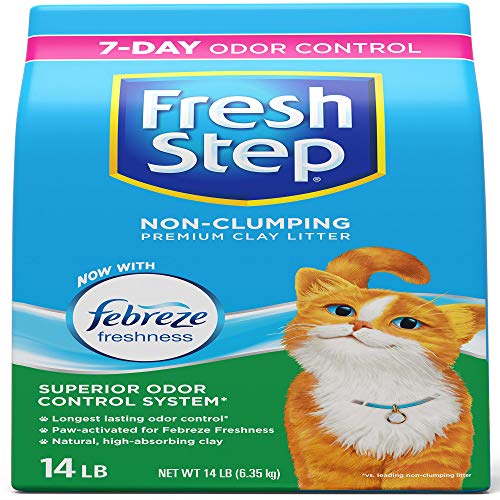 See also  How Do Farmers Contribute to Water Pollution?

This type of cat litter has been an option since the 1950s. Then, people with cats had to make do with ash and sand, even though it was highly inconvenient. You see, the ash would cling to a cat’s paws after they exit the litter box, and they would end up tracking ash around the home!

Non-clumping clay was discovered as a solution to the ash problem. This substance can also absorb smells thanks to ingredients like baking soda and charcoal.

It is a safer option that kittens and mature cats can use. 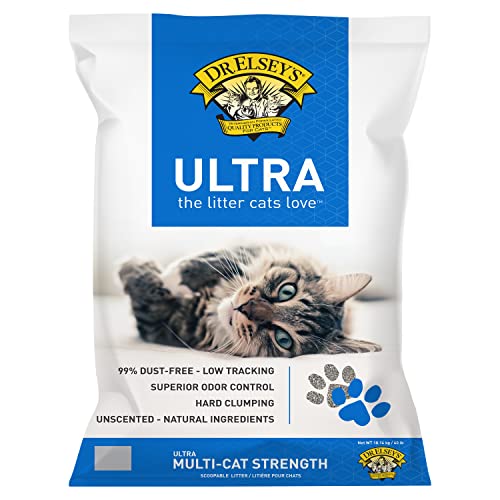 This is one of the more popular types of cat litter, but it is not as economically or environmentally friendly as non-clumping cat litter. Clumping clay is sodium bentonite clay, which absorbs moisture from fecal matter or cat urine, reducing the chances that your home will smell.

However, clumping clay is not the best for cats, environmental concerns aside. This is because the substance may get attached to a cat’s claws. While grooming, cats lick themselves clean and may consume the clay unknowingly.

If that accumulates in their innards, it becomes a problem that may cause an intestinal blockage. 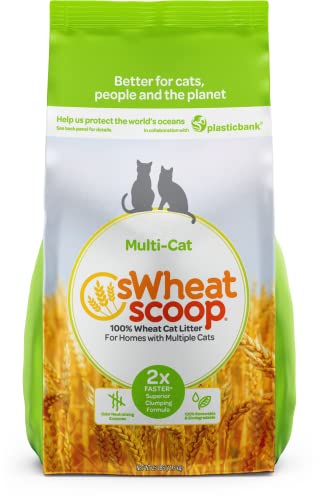 Now, this is a biodegradable option if you are all about sustainability and proper waste disposal. You can flush this type of cat litter down the toilet.

However, the downside is that it is pretty expensive, seeing that it is made of natural compressed corn. If you don’t change the litter box often, you also won’t like the smell of your home. But the environment is winning, so that’s what matters.

Many cat owners appreciate it, though, because it clumps well. 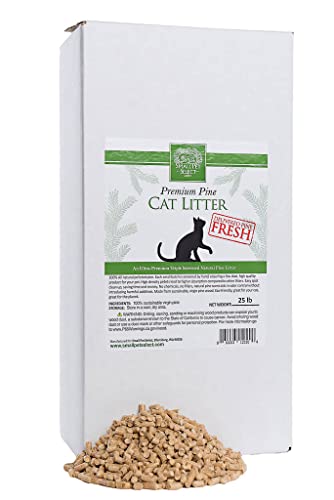 Another fantastic innovation for feline owners is pine-based cat litter and it is available in several forms. It can be granulated, in pellets, or roughly crushed. 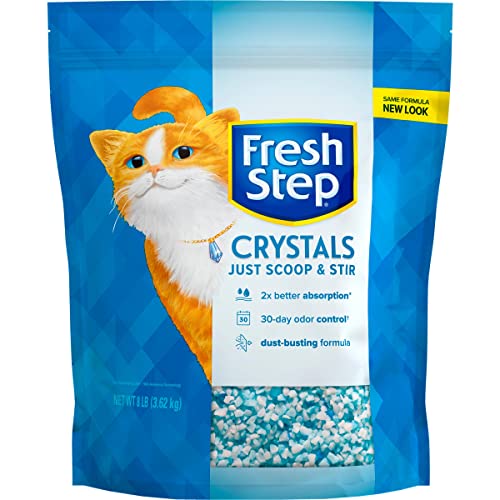 Silica crystal-based cat litter is made from sodium silicate sand. That’s right; you know those little packets you find in a cute new purse or pair of shoes? Well, an improved version is used to create cat litter, and this one changes colors!

Apart from the ability to absorb odors well, silica crystal-based cat litter will also change its color when it has absorbed too much water. By the way, it can absorb forty times its weight in moisture.

The downside is that silica crystal-based cat litter is more expensive, even though it lasts longer. 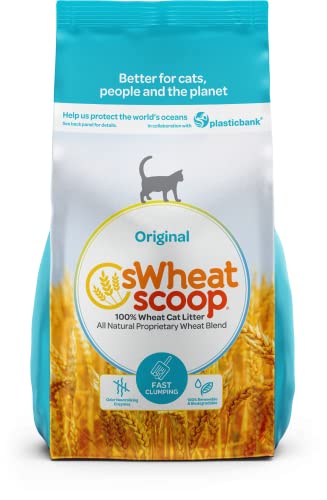 This is another option that is entirely biodegradable and flushable. Wheat-based cat litter is made from wheat and has great absorbing capacity. 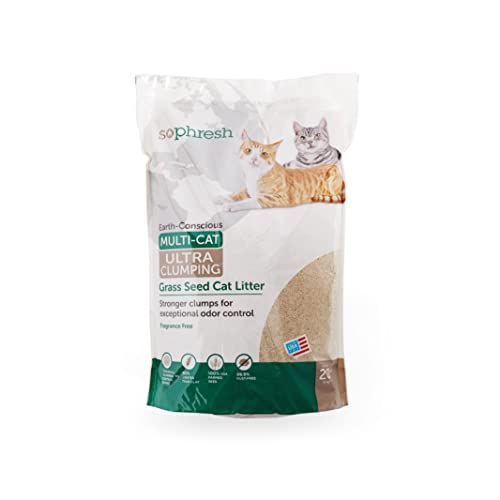 Although this option is not as popular as the other cat litter types on our list, it is one of the more environmentally friendly choices. It is also dust free, which is a plus if your cat has asthma or another respiratory problem.

See also  Microplastics are Proving Terrible For the Marine Life

How Long Does Cat Litter Take to Biodegrade?

It takes up to a year for cat litter to biodegrade, but only if the litter base is made of natural or organic matter. On the other hand, substances like silica and bentonite clay don’t biodegrade; they will degrade, which means they are breaking down without the help of bacteria and yeast.

Cat litter made from natural materials does not require an extended period before biodegradation occurs. Like other organic substances, bacteria and fungi will act upon it when contact is made with the soil.

However, if your cat litter is made from silica or clay, you shouldn’t consider composting as a way to dispose of it. These materials are nonbiodegradable and not to talk of capable of carrying a toxic substance called Toxoplasma Gondii.

Toxoplasma Gondii is the parasitic protozoan responsible for toxoplasmosis. It is found in the fecal matter of felines, and believe it, this parasite can survive up to a year in the soil. Common symptoms are headache, fatigue, and fever.

Cat litter made of organic substances like wheat and corn may also contain Toxoplasma Gondii, so be cautious about this.

Organic-based cat litter will break down within months to a year, while those made with silica or bentonite will require a longer time before they break down completely to smaller particles.

No, clumping cat litter is not biodegradable. And frankly, it is not the best choice for an environmentally sensitive consumer. Unlike organic cat litter, clumping clay or silica cannot be broken down by the agents of biodegradation.

However, weather factors and time will eventually cause the clumps to break to their smallest size, which are particles that dissipate.

Clumping litter may be a godsend to a cat owner struggling with the disposal of feline fecal matter, but this material is not the best for you, your cat, or the environment.

For one, clumping cat litter does not break down because it is made from clay. Instead, it becomes smaller particles that return to the ecosystem.

Some of it also tends to get caught in your cat’s claws while cleaning up after herself, but that is not where the problem lies. Intestinal obstruction is one of the potential dangers that may occur as a result of the buildup of clumping clay cat litter in a cat’s innards. She will likely lick a considerable amount of clumping clay while grooming, which is exactly the problem.

It also releases dust when your cat attempts to clean up after herself, which may aggravate or trigger breathing problems in people or felines with respiratory challenges.

Clumping litter made from silica or bentonite is not biodegradable, and neither is it sustainable. You cannot compost it because it won’t break down to humus, and you cannot recycle it either.

You will have to keep reading because we’ll show you how to dispose of nonbiodegradable and biodegradable cat litter properly.

Do you want to be able to flush your cat litter down the drain? Then you should buy a biodegradable silica-based cat litter.

They are a recent innovation in the market, a step up from the conventional one that had to be bagged and thrown away carefully. Don’t get it twisted; the traditional silica-based cat litter is still very much used today, but environmentally sensitive folks shop for biodegradable options.

Even if you aren’t buying silica cat litter specifically, you can always attempt to shop for sustainable products. These are better for the ecosystem and even your pet’s health.

Fresh Step cat litter is nonbiodegradable because it is clay-based. Some products contain silica, which is not biodegradable either. So, attempting to compost this waste matter or simply giving in to the temptation to leave it in your yard for nature to break down may be futile at best. Clay and silica are natural nonrenewable substances that don’t get broken down but degrade over time.

You should adopt proper waste disposal methods when throwing away your pet’s Fresh Step cat litter. Bag up the used portion carefully and place it in an outside bin with a cover.

Ensure animals or even humans cannot contact the bag, and possibly double it if you can. Fresh Step cat litter may not be biodegradable, but it complies with the regulations at most landfills, so rest assured that it will be adequately taken care of. But your part begins by bagging the waste item properly.

Ways to Dispose of Cat Litter

The best way to dispose of cat litter is to bag it and place it in an outside bin. It will be transported to the appropriate landfill, where the workers will sort through it.

When scooping cat fecal matter, exercise caution because it sometimes houses dangerous parasites. Wear a glove if you have to, and ensure that you don’t throw the cat litter directly in the waste bin.

Many forms of cat litter exist to make the responsibilities of having a feline housemate much easier. They also control the odor associated with cat urine and poop, but not every option on the market is ideal for you, your pet, and the environment, so we recommend double-checking before checking out.