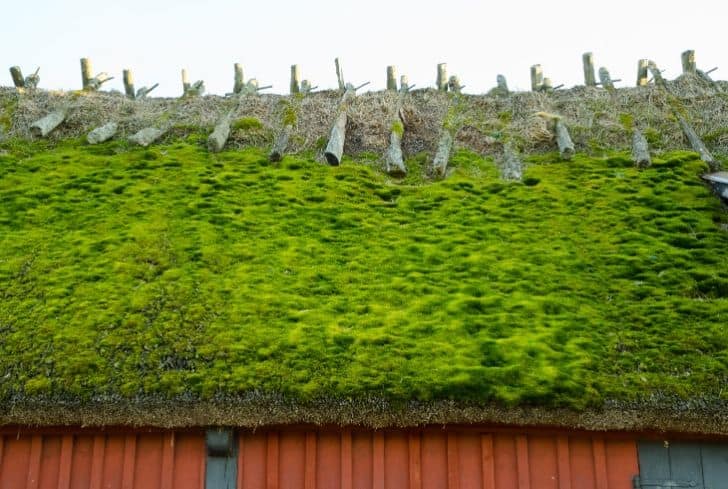 Traditionally, we are used to roofs being made of a number of elements, such as aluminum or iron sheeting, leaves, grass, ceramic tiles and concrete. The purpose of the roof has predominantly been to cover buildings against rain, sunlight, snow winds, and other extreme temperatures.

However, over the years, people have found a way to have a garden on the roof and have the same roof to serve its original purpose. Such is simply referred to as green roofs and make up the basis of this article.

A living or green roof is where the roof of a building is partly or wholly covered with vegetation. The space over the building, making up the roof, is modified to grow plants, such as food crops or even flowers and other decorative plants.

The vegetation is planted over a waterproofing membrane or system, installed on the top of the building. The depth of the growing substrate or soil medium depends on the weight capacity if the roof as well as the aims of the design.

It, therefore, means that the soil could go down anywhere between 50mm and more than one metre.

Green roofs have become more widespread because of the need to maximize on the space available, as well as to attain environmental sustainability.

They are very easy to install and maintain and can be installed on small garages, commercial buildings, municipal buildings, living quarters, and even larger industrial buildings.

Moreover, green roofs can be installed on both new and redeveloped or old houses and buildings. They can also be referred to as eco-roofs and can survive amongst other installations, such as solar panels, and other space left out for recreation or other purposes.

Green roofs can be a bit expensive to install, but all that depends on the type of green roof you desire, the location as well as other factors.

For instance, it is estimated that extensive green roofs can start as high as $8 per square foot, which is comparatively expensive than the built-up roofs, which could cost $1.25 per square foot. The prices are as such because green roofs require professional design, multiple layers and systems, and careful structural analysis.

However, the prices are estimated to go down, based on the fact that more people continue to have green roofs installed on their premises. Besides, their long-term economic benefits are believed to outweigh the start-up costs.

How Do Green Roofs Work?

Before understanding how green roofs work, it is vital to know if your roof can indeed sustain the roof. There are two major types of green roofs and they have a number of layers, which can be daunting on the roof itself.

The eco-roof can be installed on both a flat roof as well as an angled roof. For flat roofs, you need to install a protection board to cover the normal roof, so as not to have it damaged by the eco-roof.

Over the protection board, a waterproof membrane is laid. It is normally made from materials like ethylene propylene diene monomer, which is a rubbery material that is similar to the lining put down when one is building a duck pond in the garden. The layer prevents water from getting in as well as stopping plant roots from growing into the roof.

An extra insulation layer can be put in, either on the roof beams or above the waterproof layer. This is an optional stage and you might opt not to do it.

There also are filter, drainage and water retention layers, which are installed to stop the roots from growing down to the roof. They also help keep the water spread evenly across the garden.

Additionally, the layers prevent the soil medium from being washed away. Finally, on top, there is the growing layer. It is made of porous materials and soil. The objective is to have a growing medium, which is as light as possible, not to damage the roof, and at the same time, support the growth of the plants.

On the growing layer, the plants grow. The plants are also dependent on the type of green roof installed. For instance, extensive green roofs have plants such as sedums, and delosperma plant varieties as they enjoy slightly drier conditions.

On the other hand, for intensive green roofs, the choices are many, including grass, shrubs and other vegetables since the soil is a bit deeper.

As in a traditional farm, one needs to maintain the green roof by the occasional weeding and cutting. For this reason, the green roof should be on a safe and able-to-reach site. Also, maintenance involves making sure that the soil layer is not eroded away.

This type of green roof is of natural low maintenance. They are lightweight and have a thin or shallow layer of the growing substrate of about 200mm or less.

The type of green roof generally has lower water requirements, requires minimal maintenance, and is suitable for small and low-growing plant species, such as succulents.

Extensive green roofs are particularly planted and designed to increase local plant diversity and provide habitat, including food and shelter, to certain wildlife, such as birds.

Extensive green roofs can also be referred to as eco-roofs, bio-diverse roofs, or brown roofs as they are less costly to install and are predominantly used for their elementary ecological advantages.

Also since the structure of the extensive roofs are not substantially more complex compared to the intensive green roofs, they can carry only about 23 kilos (50 pounds) of weight.

The intensive type is generally heavier, has a deeper layer of growing substrate and supports a wider array of plant types. They are the green roofs that aim at imitating what is usually found at ground level in the natural landscape.

They are readily accessible by people since they can support much heavier weights. Intensive green roofs require much more maintenance and irrigation, and can also be referred to as roof gardens or podium roofs.

The reason for this is because they are particularly installed on highly engineered landscapes, more often directly on structures with considerable weight load capacities like car parks – making them to also qualify as part of urban agriculture.

Intensive green roofs can thus sustain shrubs, trees, and benches as their structural support is more substantial, meaning they can carry loads of up to 68 kilos (150 pounds).

It is midway between the intensive and extensive types of green roofs. They can support small herbaceous plants, small shrubs, grass and other ground covers. They require moderate maintenance and occasional irrigation.

Typically, they go between 6 and 12 inches deep and they can retain more stormwater than the extensive roofs.

This is a recent add to the types of green roofs, especially owing to its nature of integrating green roofs and solar panels.

Using a modern perfect design and fashion, Biosolar green roofs is an improved version of an ordinary green roof integrated with solar technologies.

It is simply designed to boost biodiversity while at the same time, increase the amount of solar energy tapped from green roofs.

Environmental Benefits of Having Green Roofs

1. They Make a Roof Last Longer

Green roofs protect the actual roof and its membrane from harsh weather and ultraviolet radiation. As such, green roofs help a roof last up to twice as long as traditional roofs.

2. They Provide a Buffer fFor Rainwater

Green roofs absorb rainwater through the plants, the drainage layer and the substrate layer. It delays the discharge of rainwater to the sewage system.

They also purify the rainwater and allow the water to evaporate through the plants, helping stabilize the groundwater level. It also reduces peak loads on the sewage system, thereby reducing the risk of flooding.

Green roofs reduce the temperatures on the roofs. As such, the cooler roof achieved is perfect for solar panels, which become more efficient, reducing the total energy costs.

Plants absorb about 50% of sunlight and reflect about 30% of it. The process creates a cool and more pleasant climate. With green roofs in a city, the overall temperature in the city will be reduced by about 3°C.

6. Adding Value to a Property

It might not be an environmental benefit, but green roofs reduce energy costs of a building, as well as extend the lifespan of the roof. In turn, the value of the property goes up.

The plants on the roof of a building promote habitats for birds, insects, and butterflies. The plants are also different from the roof to roof, meaning they improve and increase the biodiversity of the city.

8. A Green Roof is a Fire-resistant Layer

9. They Create a Healing Environment

Green roofs are responsible for greenery, which encourages faster recoveries for patients. A greener environment is also known as a healing environment as it raises the tolerance of pain, meaning patients recover more quickly and stay in hospitals for less time.

The 38,800 square foot green roof atop the 11-story City Hall building was constructed in 2001. The project actually started out as a demonstration project to help reduce urban heat and improve the quality of air.

Tens of thousands of plants of more than 150 species were planted. Today, the building is the prime example of a green roof at work, especially considering the city’s crazy winds, extreme winters and humid summers.

The ‘forest spiral’ is a residential building complex, designed by Friedensreich Hundertwasser. It has a diagonal roof with trees, flowers, grass and shrubs.

It is also unique with the fact that it has over 1,000 windows and no two are the same. The inner courtyard also has a playground and a small artificial lake.

It is Canada’s largest living roof. It is a self-sustaining grassy habitat which houses about 400,000 native plants, four colonies of over 60,000 bees as well as other wildlife.

The roof has no public access, as such, the rooftop exists and functions as a complete eco-system. It also offers natural drainages and seed migration patterns, thanks to the unique architectural topography of the roof itself.

The green roof is atop the School of Art Design and Media within the University complex. The sloping green roofs are used for the students’ enjoyment.

They also serve as insulation for the building, as well as an opportunity to harvest rainwater for landscaping irrigation. The building was built by CPG Consultants, a Singapore-based architecture firm.

The green roof is atop a new government office building, built on an undeveloped plot in the center of the city. Architect Emilio Ambasz proposed a design that involved planted vegetation on all the stepped panes of the building.

Today, the building houses a museum, theatre, an exhibition hall, and government and private offices measuring 600,000 square feet, among others

Dowdey, S. (2017). What is a Green Roof?. How Stuff Works. Retrieved from https://science.howstuffworks.com/environmental/green-science/green-rooftop1.htm

“How Do Green Roofs Work” (n.d.). The Renewable Energy Hub. Retrieved from https://www.renewableenergyhub.co.uk/main/green-roof-information/how-do-green-roofs-work/