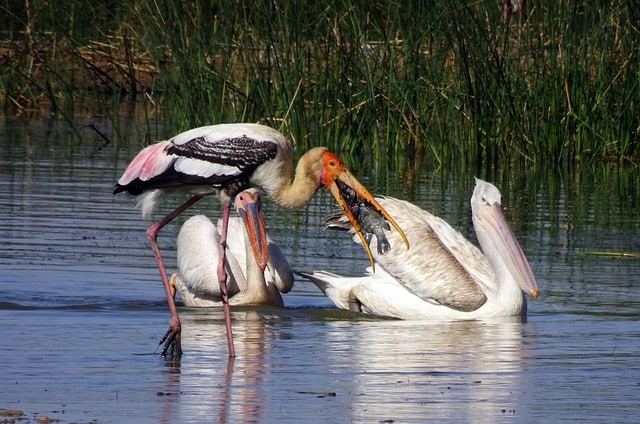 Because of these characteristics, biodiversity plays a fundamental role in maintaining the aesthetic value of the environment, the integrity of the natural environment, and promotes the overall well-being of all plant and animal life. This calls for the need for biodiversity conservation for the survival of all living things and their natural habitat.

We should preserve every scrap of biodiversity as priceless while we learn to use it and come to understand what it means to humanity.

Species diversity refers to the variety of organisms in the environment. They can be further subdivided into:

It is relatively similar to species diversity except for the fact that it deals with the variations in ecosystems within a geographical location. From one region or country to another, there are different ecosystems or biomes with examples such as alpine meadows, taigas, wetlands, grasslands, mangroves, and deserts, among others.

Global diversity refers to the range of differences that depict the composition of a group of two or more species in a global context. According to the International Union for Conservation of Nature (IUCN), there is approximately 1. 5 million different species of plants and animals spread across the world. 70% represent animal species, while 22% represent plants.

1. Biodiversity conservation is important for economic growth and poverty reduction

This argument is based on the numerous direct economic benefits that humans derive from natural environments such as food, construction material, fiber, firewood, industrial products, and medicinal value.

As an example, approximately 25,000 plant species are used by native people to extract traditional medicine. Plus, more than 25% of drugs sold worldwide are derived from plants. And according to the UN, the majority of the world’s poor lives in rural areas and depend upon wetlands, forests, pastures, and water for their livelihoods.

Billions of people worldwide also depend on timber products for income and subsistence. The national parks and sanctuaries are a source of tourism that amaze people as a source of natural beauty.

Biodiversity plays an essential role in ecosystem rejuvenation and protection. The Amazon forest, for example, can produce approximately 20% of the total oxygen on earth through photosynthesis.

There are also thousands of pollinators such as insects and birds, and other numerous biological activities that take place in the forest. If the biodiversity of the forest is conserved, it means the entire ecosystem that relies on the Amazon forest is equally protected and allowed to rejuvenate.

Other ecosystems like the coral reefs, tundra, rivers and streams, and grasslands can as well be supported and protected through biodiversity conservation.

The natural environment provides great pleasure to human beings with its shape, structure, senses, and color, which enriches people’s culture. Activities such as visits to animal parks, bird watching, nature art, and cultural heritage as ways of enjoying and appreciating nature are only made possible through biodiversity conservation.

The integrity of the ecology – the harmonious coexistence of organisms and their environment is preserved by biodiversity. Some of the main aspects can be explained through:

5. Ethical value for every form of life in the environment

Ecosystem’s right of an organism states that every form of life in any ecosystem is unique and deserves respect from human beings. The right suggests that every organism on earth, whether it is valuable to humans or not, has an inherent right to exist.

Besides, the present generation has a social responsibility towards future generations, and this includes the protection of all living organisms in the world. Through biodiversity conservation, therefore, the ethics on environmental sustainability and conservation can be encouraged.

6. Ecosystem services worth billions of dollars

Ecosystem services can be separated into three categories: Provisioning services include anything related to the production of renewable resources, like farming or energy production. Regulating services mean anything that lessens environmental change. Cultural services are anything that provides direct value or enjoyment from natural resources and beauty.

Ecosystem processes are not generally valued as part of the economy until they cease to function. When the economic value is assigned to these services, they are worth billions of dollars.

For example, insect pollinators help in the production of many commercially important fruits such as almonds, melons, blueberries, and apples. The global economic value of pollination services performed by insects has been valued at $217 billion per year.

Similarly, in other ecosystem services, water purification just involves filtering of rainwater by soil and by microbes that can break down nutrients and contaminants and reduce metal ions, slowing their spread into the environment. Wetland and riparian plants absorb nitrogen and trap sediments that decrease water quality.

As human construction and development disrupt natural environments as well as all activity and services related to this environment, finally, we have to be dependent on artificial man-made services like for filtration of water using filters and purifiers. These artificial services cost much more while the natural ecosystem services are free of cost.

In human history, conservation also means protecting nature for its spiritual gifts and protecting sacred places in the local landscape. The biodiversity effects on cultural development can be shown by the heterogeneity of the world’s mythology, folk dances and folk art, which contribute to the richness of literature and global arts.

The uniqueness of each habitat consists of animals and plants present in each country and state with their flagship animals as well as plants. Even during traveling, the sight of biological diversity, different cultures and landscapes motivate peoples.

Ecotourism is traveling with the aim to view, support and sustain the local cultures and its natural ecosystem. Support from ecotourism can be very helpful to reduce habitat destruction as well as to preserve endangered species.

1. Protection against degradation and destruction of natural ecosystems

Biodiversity conservation involves promoting a balance between the environment, society, and development in line with the sustainable development goals. The present society should develop conservation strategies that meet their need without compromising that of the future generation.

Having a balance between the development of the environment and society results in ensuring the achievement of biodiversity conservation. Through properly enforced policies, sustainable development can be achieved. Environmental institutions can enforce these conventions.

It involves the in-situ and ex-situ methods. In situ conservation involves the conservation of the whole ecosystem and the natural habitats. It also includes the maintenance and recovery of a variety of species and degraded ecological systems such as damaged forest areas and heavily polluted lakes, rivers, and lands, among other natural environments.

The ex-situ conservation involves the strategic protection of biodiversity hotspots for endangered species and habitats.

3. Identification and protection of endangered species

Ex-situ biodiversity conservation aims to reduce the ongoing extinction up to 30% or higher by mainly focusing on two things. First, is the focus on conservation of biodiversity in their natural habitats in places like museums, arboretums, zoos, and gene banks. High biodiversity areas should be covered in the form of natural parks, sanctuary, biosphere reserve etc.

The second strategy focuses on captive conservation methods that involve the protection of endangered species. This type of conservation is a collective responsibility of all nations. An example is the Earth Summit, which was held in Rio de Janeiro, asking nations to take appropriate measures towards the protection of vulnerable habitats and species.

4. Establishing buffer zones to prevent any alteration in the balance of natural ecosystems

Biodiversity conservation prioritizes on establishing control measures that maintain the balance of natural ecosystems such as water balance, soil ecology, and genetic as well as species balance.

It involves intragenerational and intergenerational equity that allows equitable sharing of resources and the benefits derived from natural habitats to ensure social and ecological stability. Some of the conservation efforts that have been advanced under this category include the World Conservation Union, International Board for Plant Genetic Resources, and UNESCO program on Man and biosphere.

As our society develops, it leads to improved science and technology. Science, and specifically ecology, help scientists to understand the web of interactions in our biomes and pinpoint the key species in ecosystems. This information is used to guide conservation efforts.

The same is also used to understand pollution and its cascading effects within an ecosystem as Bio-magnification of toxins in a food chain can cause huge problems for top predators.

Technology is becoming vital in conservation biology. Sustainable technologies, like renewable energies, biodegradable packaging, and recycling, help reduce human impact on the environment. There are also technologies like cloning that give scientists the ability to bring back species that are already considered extinct.

Research on how species interact within their environment is crucial for the protection of organisms and maintaining biodiversity. For example, the use of wildlife corridors in urbanized areas, forming zoo and botanical gardens for research purposes and collections of living organisms, In vitro plant tissue and microbial culture dramatically increases their populations.

When animals are bred in captivity (often at zoos), it is called captive breeding. It requires the capture of animals that are often near extinction. Captive breeding of animals and artificial propagation of plants is somewhat controversial; however, on the positive side, it provides the opportunity to increase the population of the species so that they can be reintroduced into the wild.

Gene banks store seeds, sperm & ova at extremely low temperatures and humidity. It is very helpful to save a large variety of species of plants & animals in a very small space such as sperm and ova banks, seedbanks.

Seed banks are areas where huge varieties of plant seeds are stored. Seed banks have been collecting samples for many years, with some having over 2 billion seeds stored at a time. If a species goes extinct in nature, it provides a failsafe. The plant can be grown from saved seed and reintroduced back into its habitat.